b. 1933, Tupelo, Mississippi
Lives and works in Washington, D.C.

Black Mozart/ ORNETTE (2020) comprises concentric circles made with joined wood and aluminum panels. Three wooden discs—stained black but allowing the grain to show through—compose the outer rings and frame an aluminum ring at the center. Reminiscent of a vinyl record and titled after the American jazz musician Ornette Coleman, this work nods to Gilliam’s lifelong interest in music. However, in his recent essay, “The Circle with a Whole in the Middle” (2020), cultural theorist Fred Moten suggests this shape, and Gilliam’s overall practice touches on themes beyond direct musical references and towards broader historical and cultural concepts of Black identity and abstaraction. He notes that the present work is “a concept, a way of taking art as a form, not politicizing it but making it refer to other issues, so that part of the preparation is reading, the ideas, the painting as a register, the shapes, the whole of civilization that has been enslaved, to think of yourself as a part of all of humanity, an existence beyond the present.” 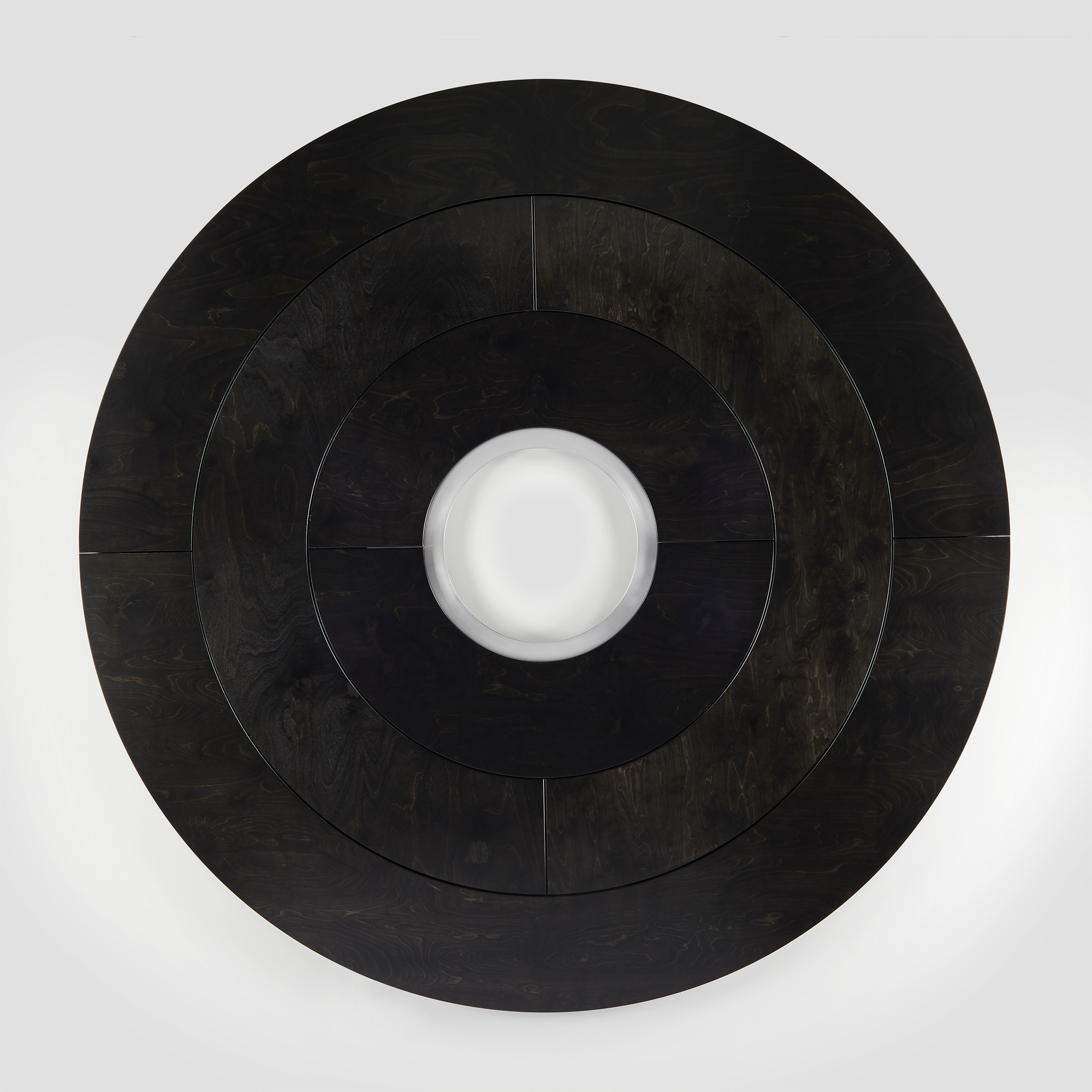 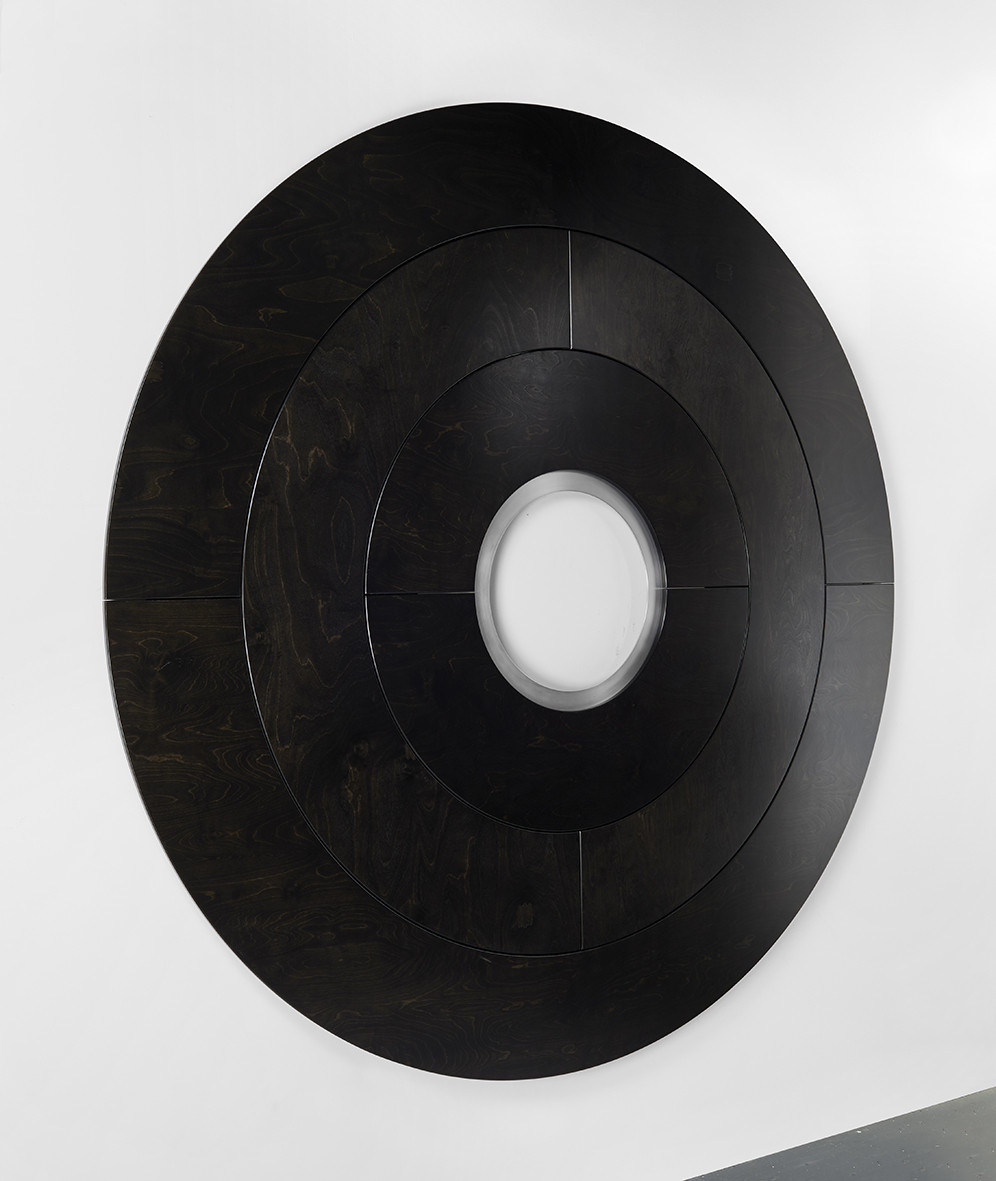 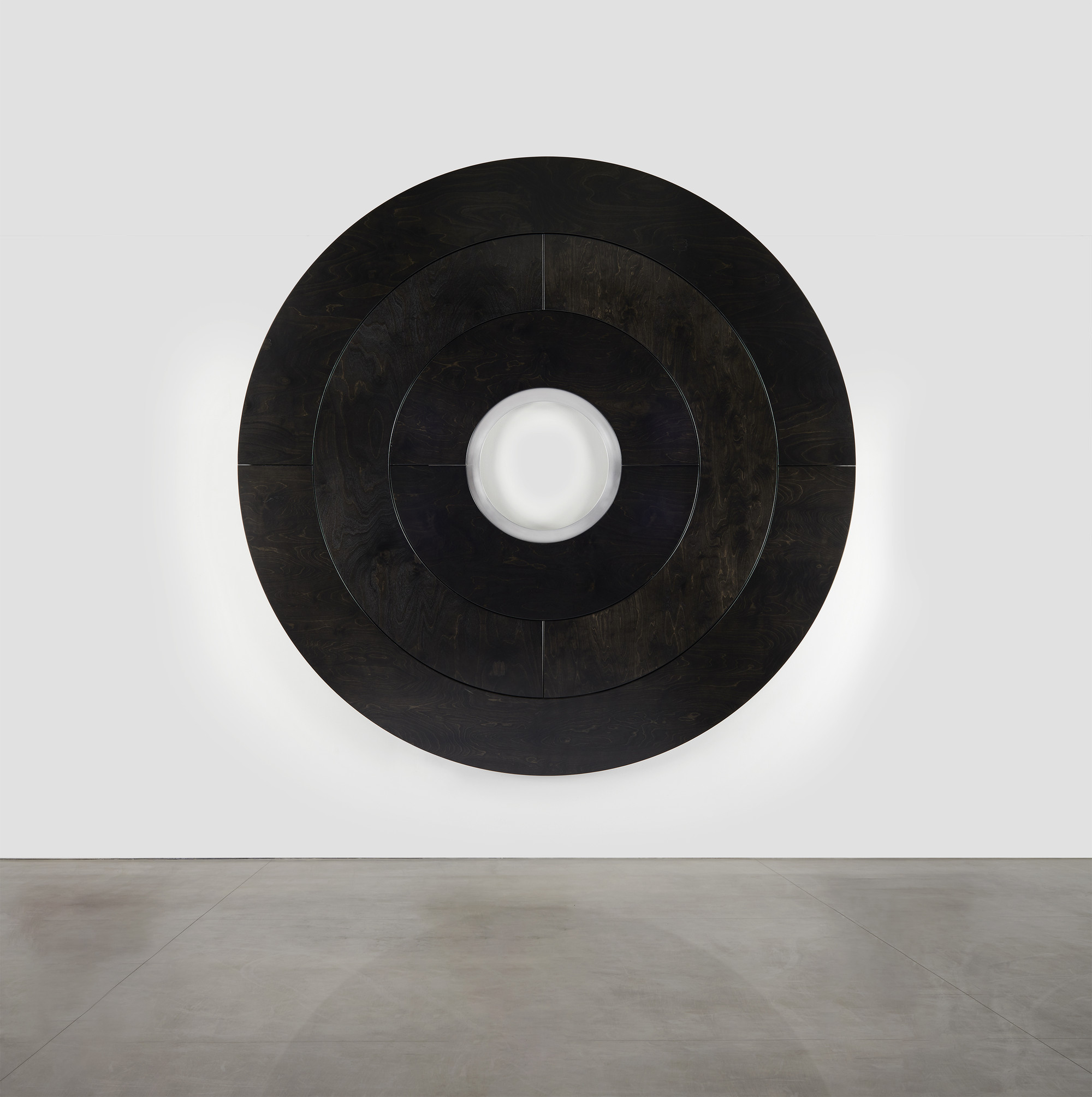 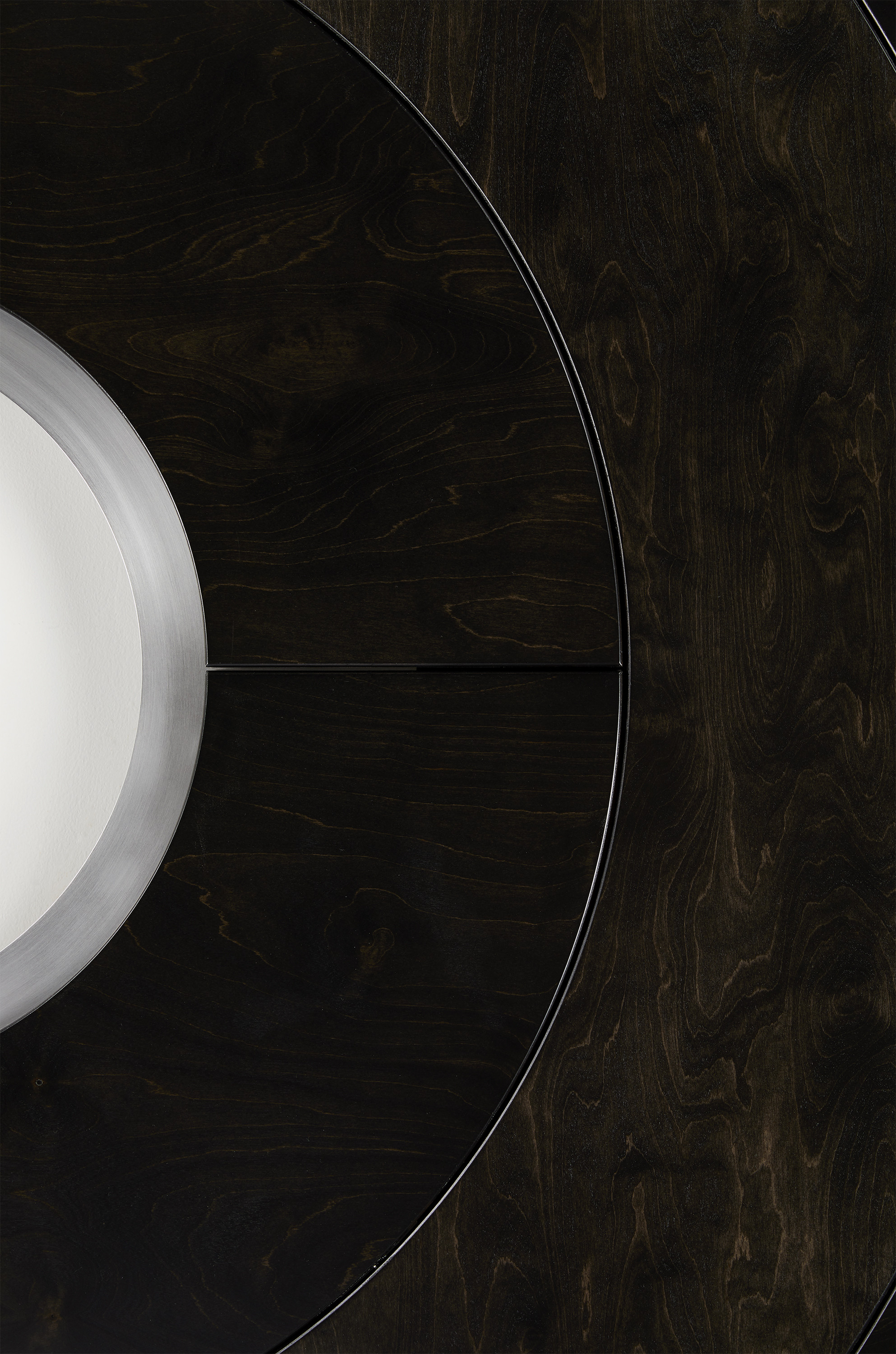 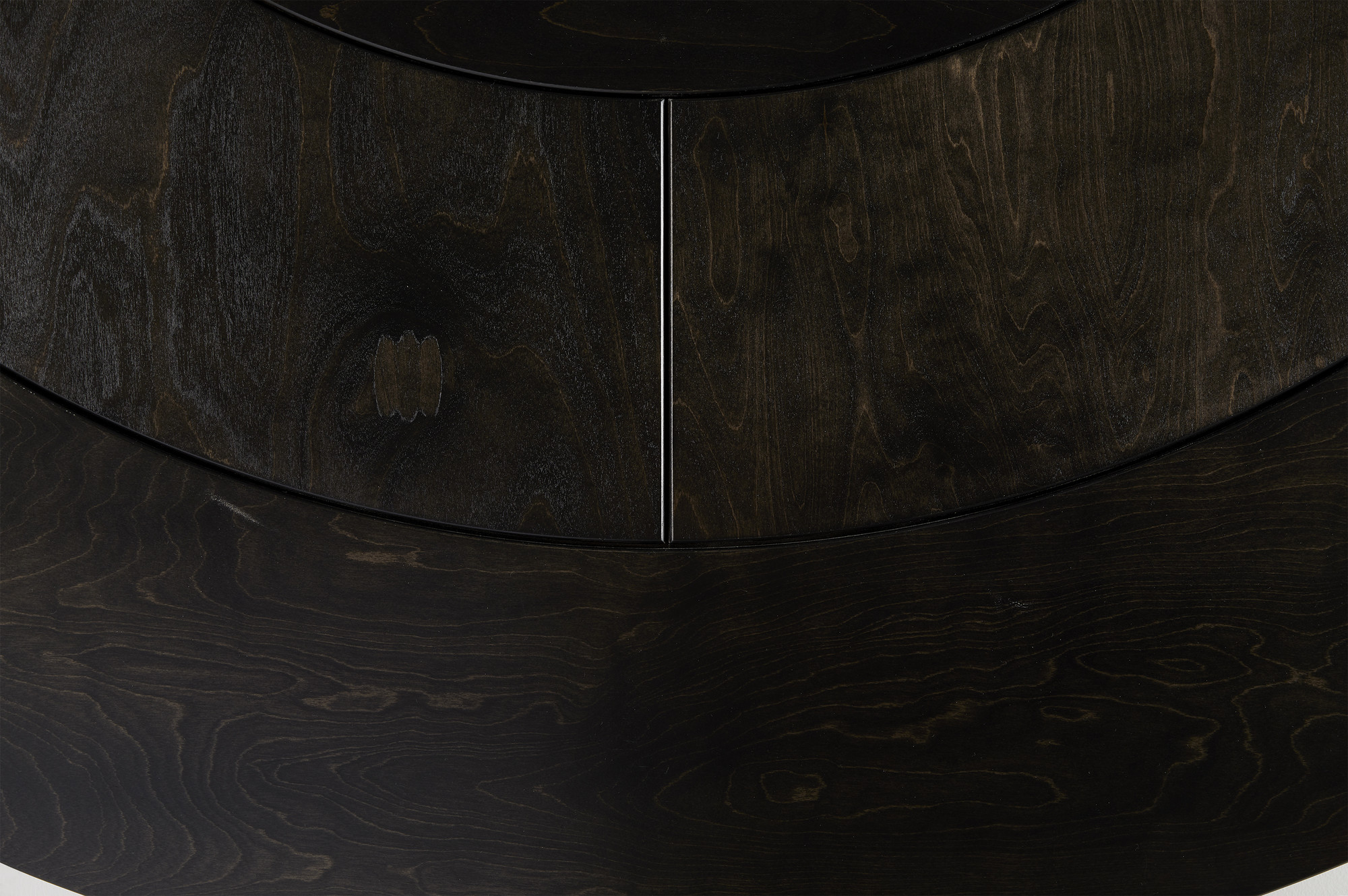 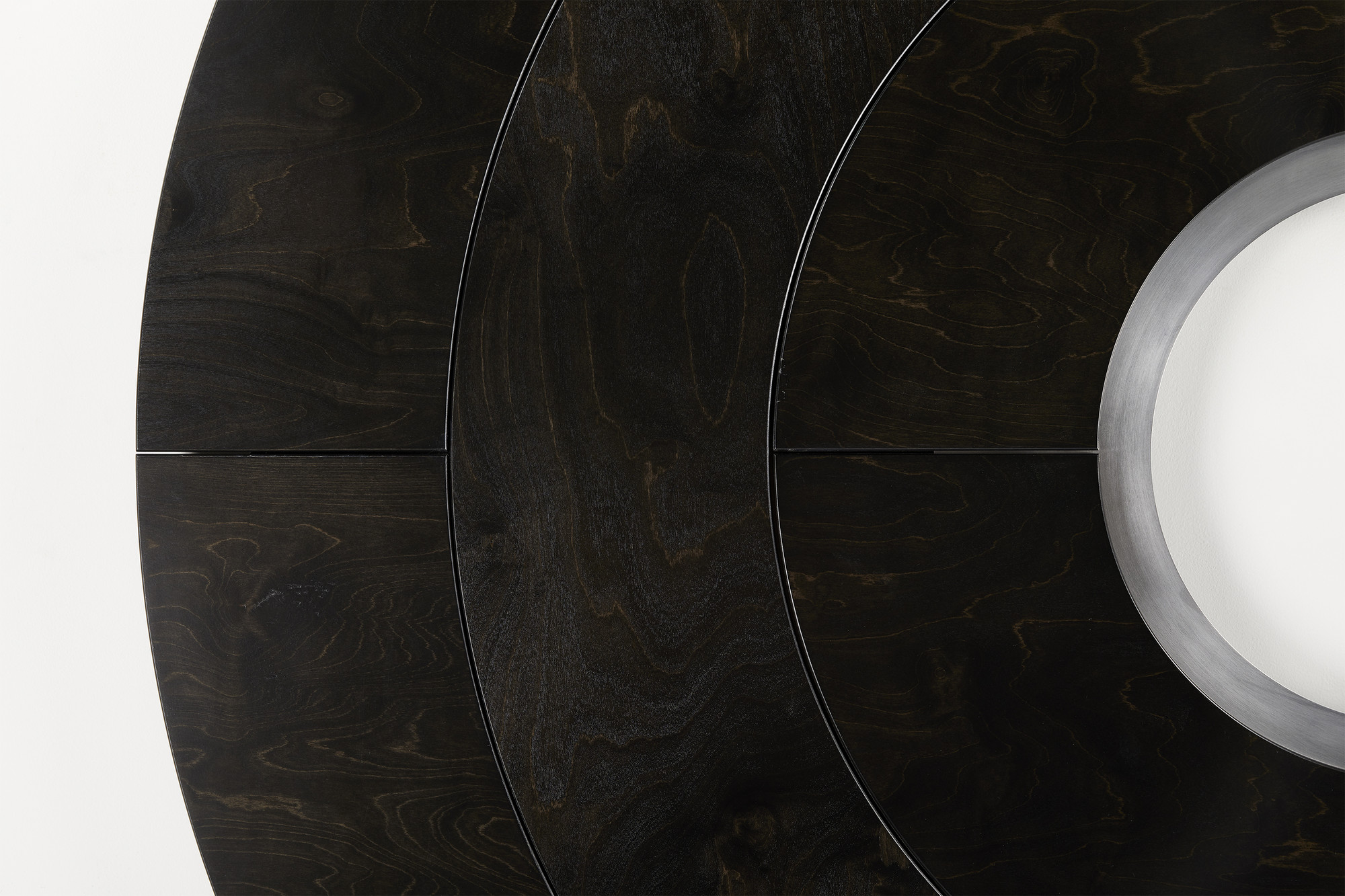 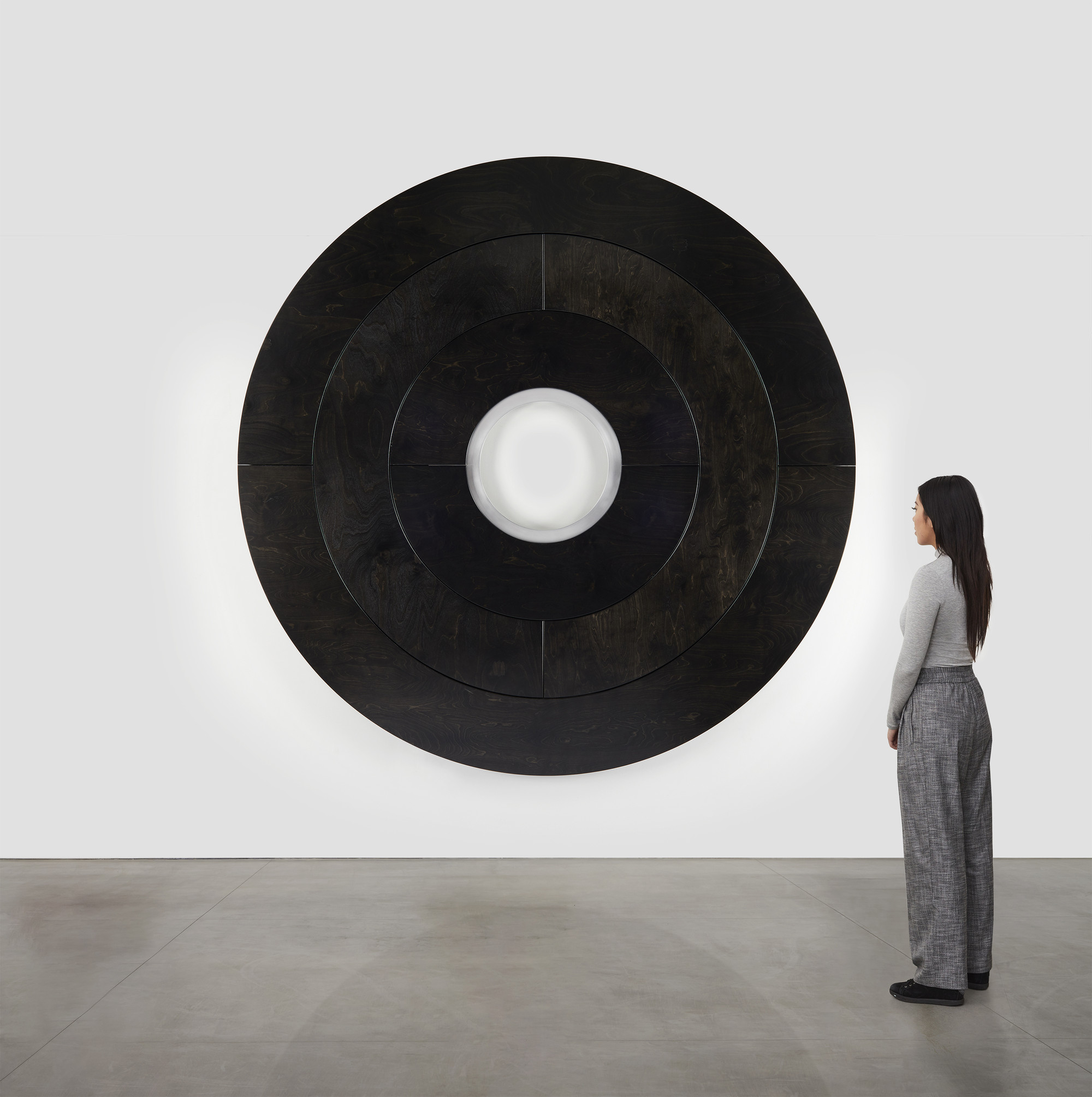 Black Mozart/ ORNETTE is one of several wood structures produced by Gilliam in 2019 and 2020, following a visit to Basel, Switzerland, in 2018 for the installation of his retrospective exhibition at the Kunstmuseum Basel. Here, he became interested in geopolitical patterns of immigration after observing the influx of immigrants—primarily from Africa—in Basel’s population. Ancient African architectures, specifically graves and pyramids from Sudan and Egypt, are at the center of this recent series of stained wood structures.

Sam Gilliam is one of the great innovators in postwar American painting. He emerged from the Washington, D.C. scene in the mid 1960s with works that elaborated upon and disrupted the ethos of Color School painting.

In addition to a traveling retrospective organized by the Corcoran Gallery of Art, Washington, D.C. in 2005, Sam Gilliam has been the subject of solo exhibitions at the Museum of Modern Art, New York (1971); The Studio Museum in Harlem, New York (1982); Whitney Museum of American Art, Philip Morris Branch, New York (1993); J.B. Speed Memorial Museum, Louisville, Kentucky (1996); Phillips Collection, Washington, D.C. (2011); and Kunstmuseum Basel, Switzerland (2018), among many other institutions. A semi-permanent installation of Gilliam’s paintings will opened at Dia:Beacon in August 2019. His work is included in over fifty public collections, including those of the Musée d’Art Moderne de la Ville de Paris; Tate Modern, London; the Museum of Modern Art, New York; the Metropolitan Museum of Art, New York; and the Art Institute of Chicago. He lives and works in Washington, D.C.