b. Chbanieh, Lebanon, 1967
Lives and works in New York

Many of Walid Raad’s works trace a curious combination of truth and fiction alongside stories of individual experiences shaped by political, economic, and military conflict. In 2007, Raad began to examine the history of art in the “Arab world” in a series of works titled Scratching on things I could disavow (of which five photographs are included in the exhibition). The project aligned with the rapid rise of large Western-brand museums, art fairs, and cultural foundations in cities such as Abu Dhabi, Beirut, Dubai, Ramallah, and Sharjah, among others. 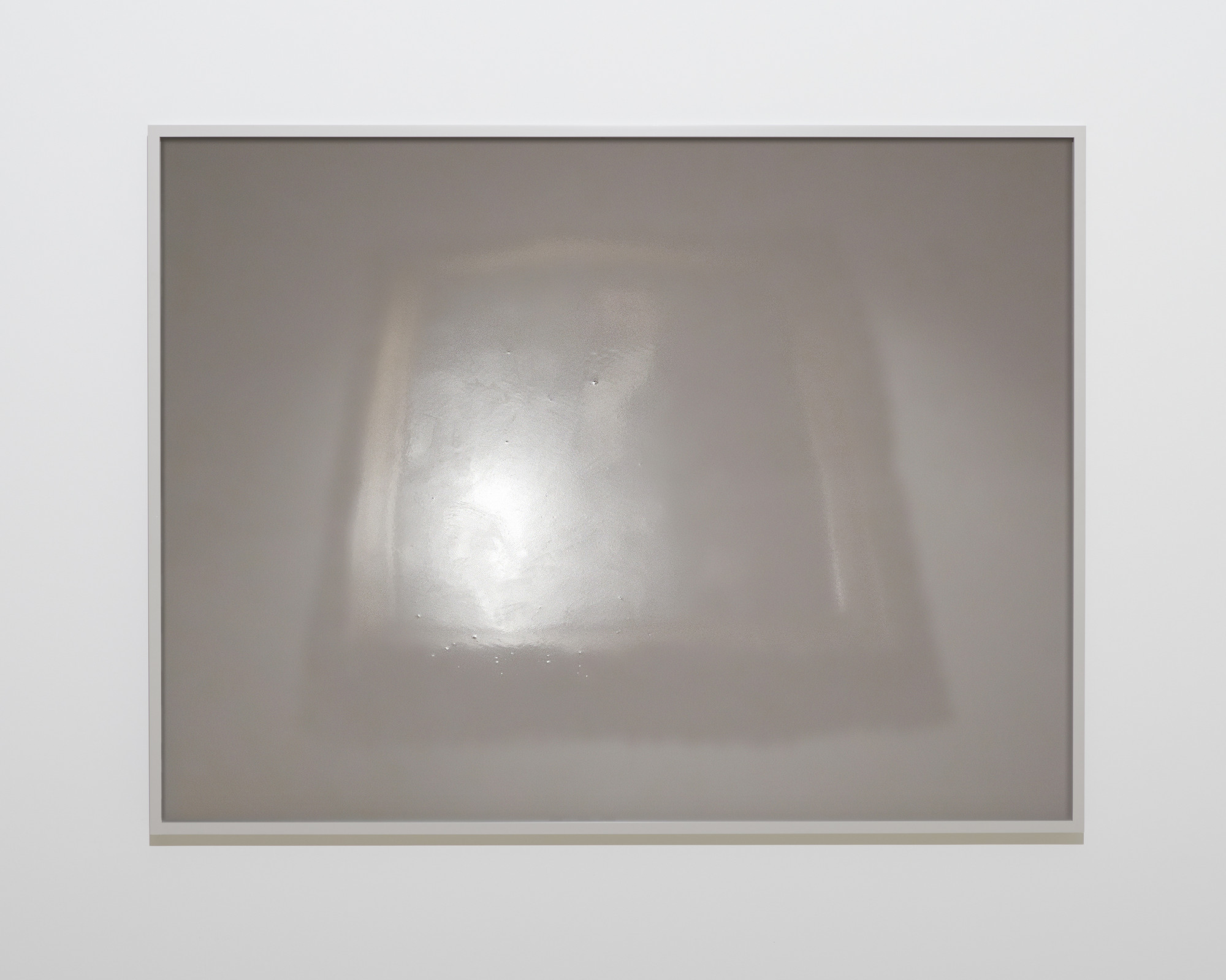 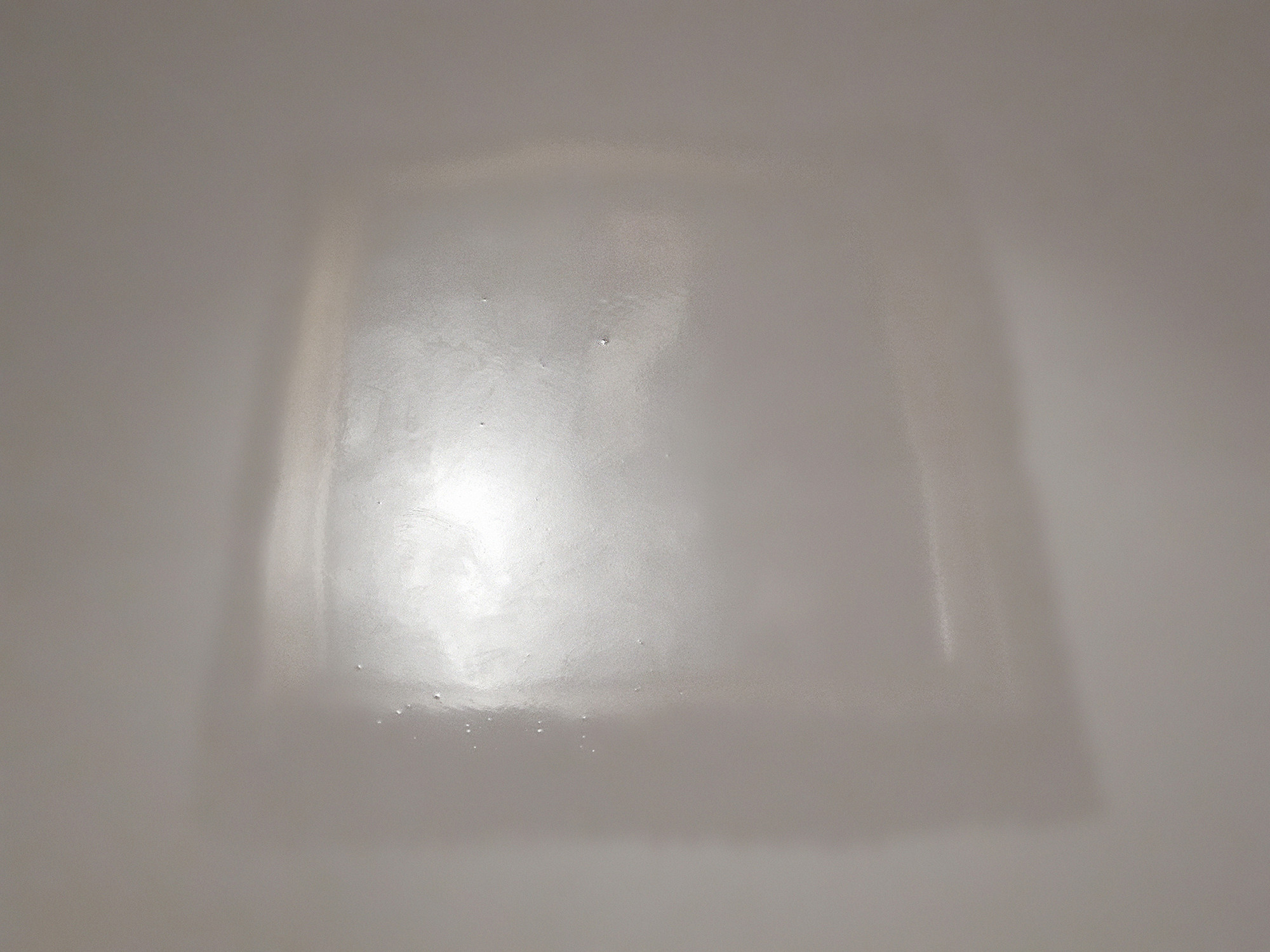 Preface to the Second Edition _ I

In this project, Raad concentrates on the stories, economies, forms, lines, volumes, gestures, and colors he encounters as he navigates in and out of these emerging infrastructures. In Raad’s Preface to the second edition, ghostly reflections hover on gray monochrome backgrounds, depicting art objects as a function of their reflection rather than objects themselves. These photographs were conceived after a visit to the Arab Museum of Modern Art in Qatar. In the artist’s words, “I was recently taken aback by how most paintings on display in the Arab Museum of Modern Art in Doha lack some (but not all) reflections. I decided to provide some. I am hoping that the reflections in my photographs will eventually leave my works and attach themselves to the paintings in the museum.” 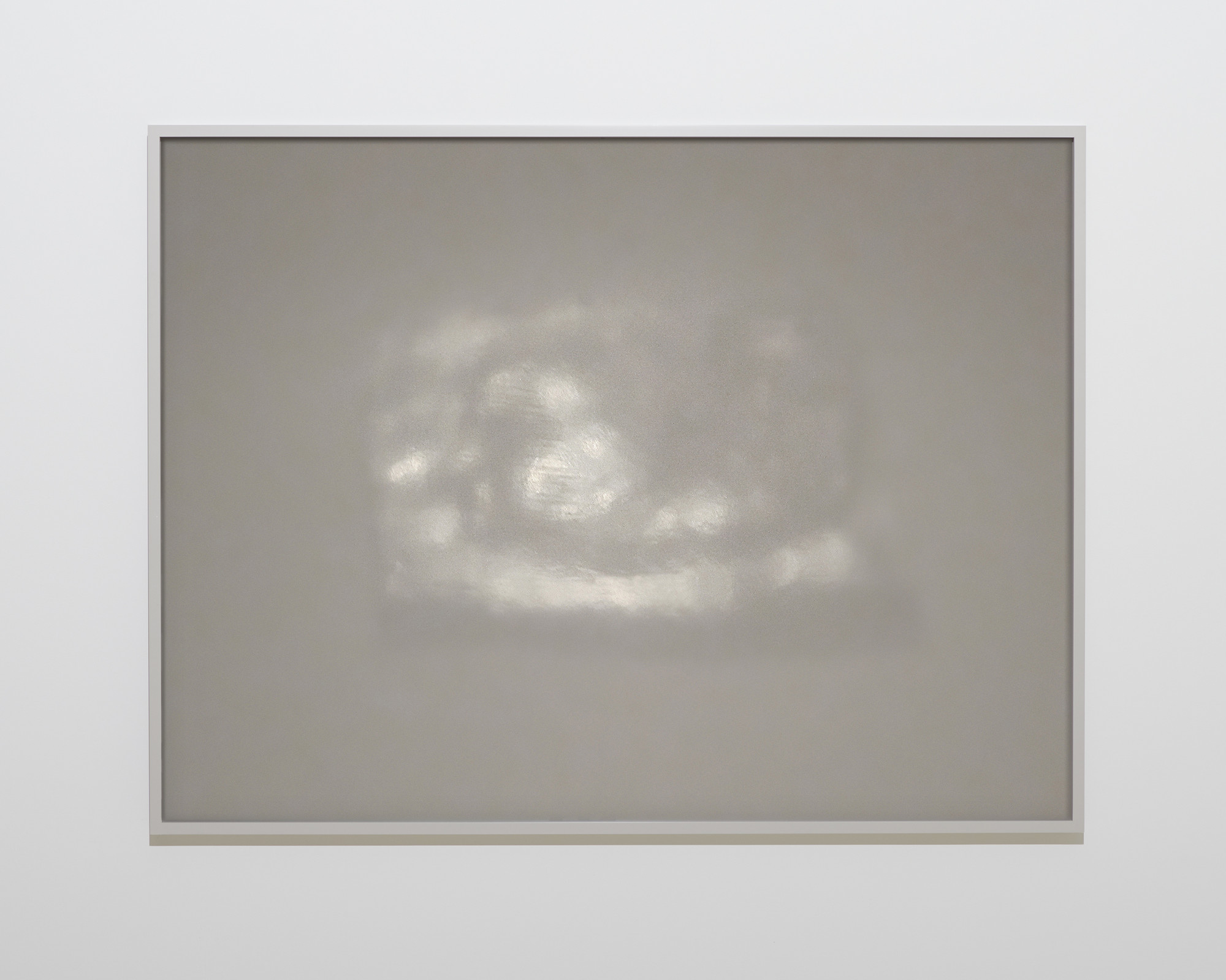 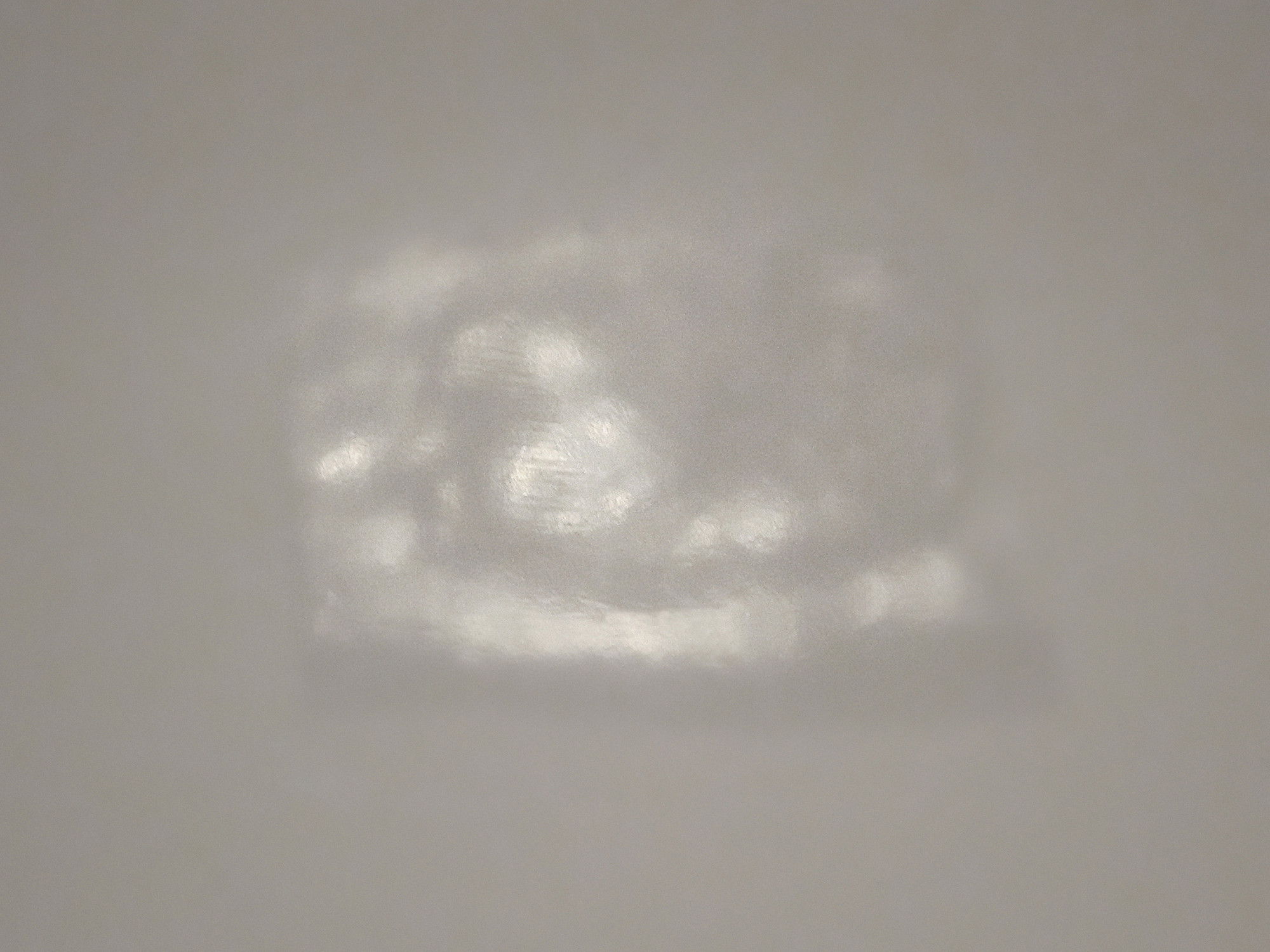 Preface to the Second Edition _ III

Interrogating the institutional structures of art, Raad’s work suggests that the perception of art from the Middle East is a specter, an apparition without a reflection, as fraught as the institutions attempting to create a new definition of Arab art alongside the conflicts that have consumed the region. The reflections from his vantage point as a viewer, which appear to include a shadow of the artist’s own image, discuss the status of viewing and perception of art from the Middle East. The literary nature of the titles communicates his methodology in the effects of storytelling of the effects of art objects. 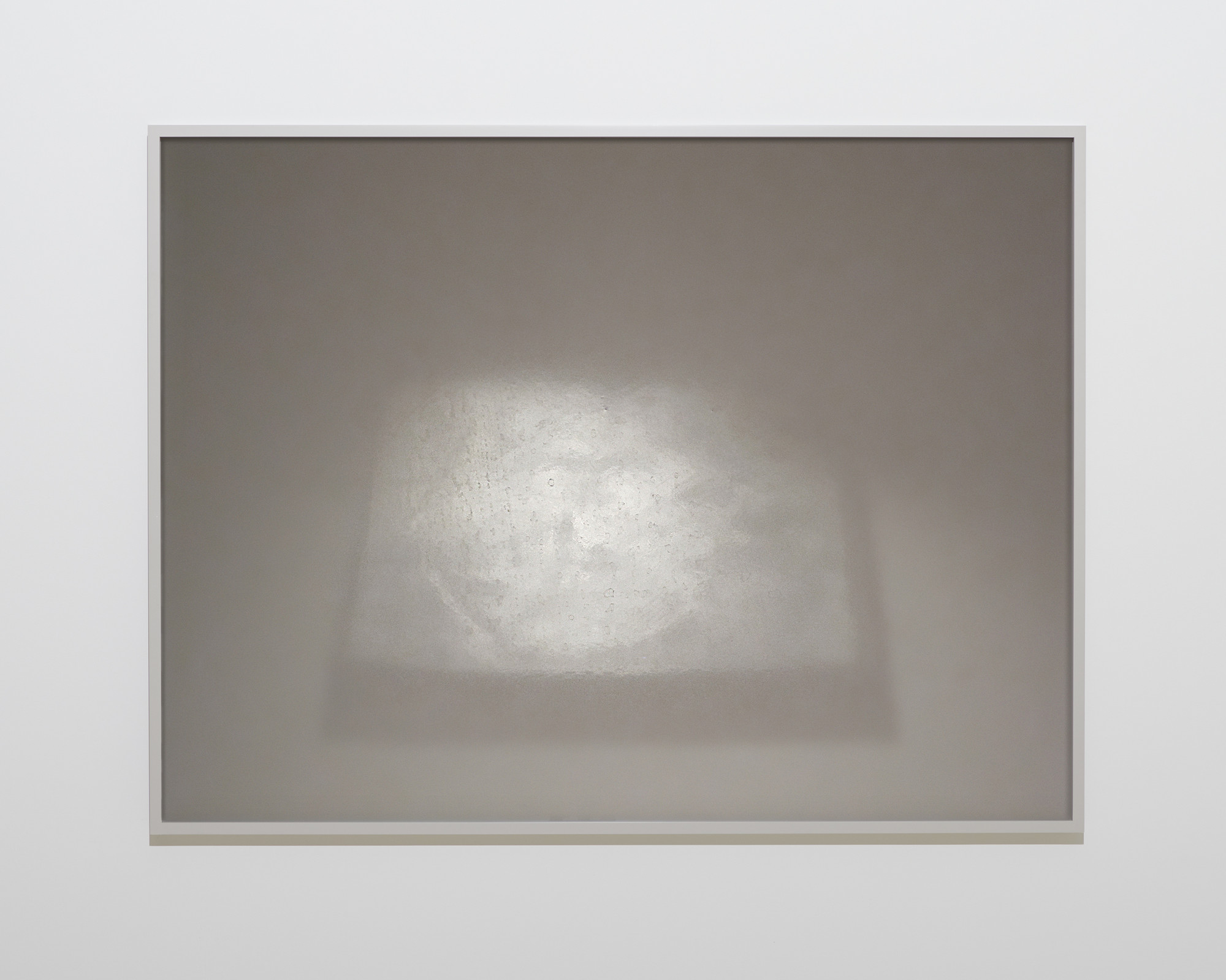 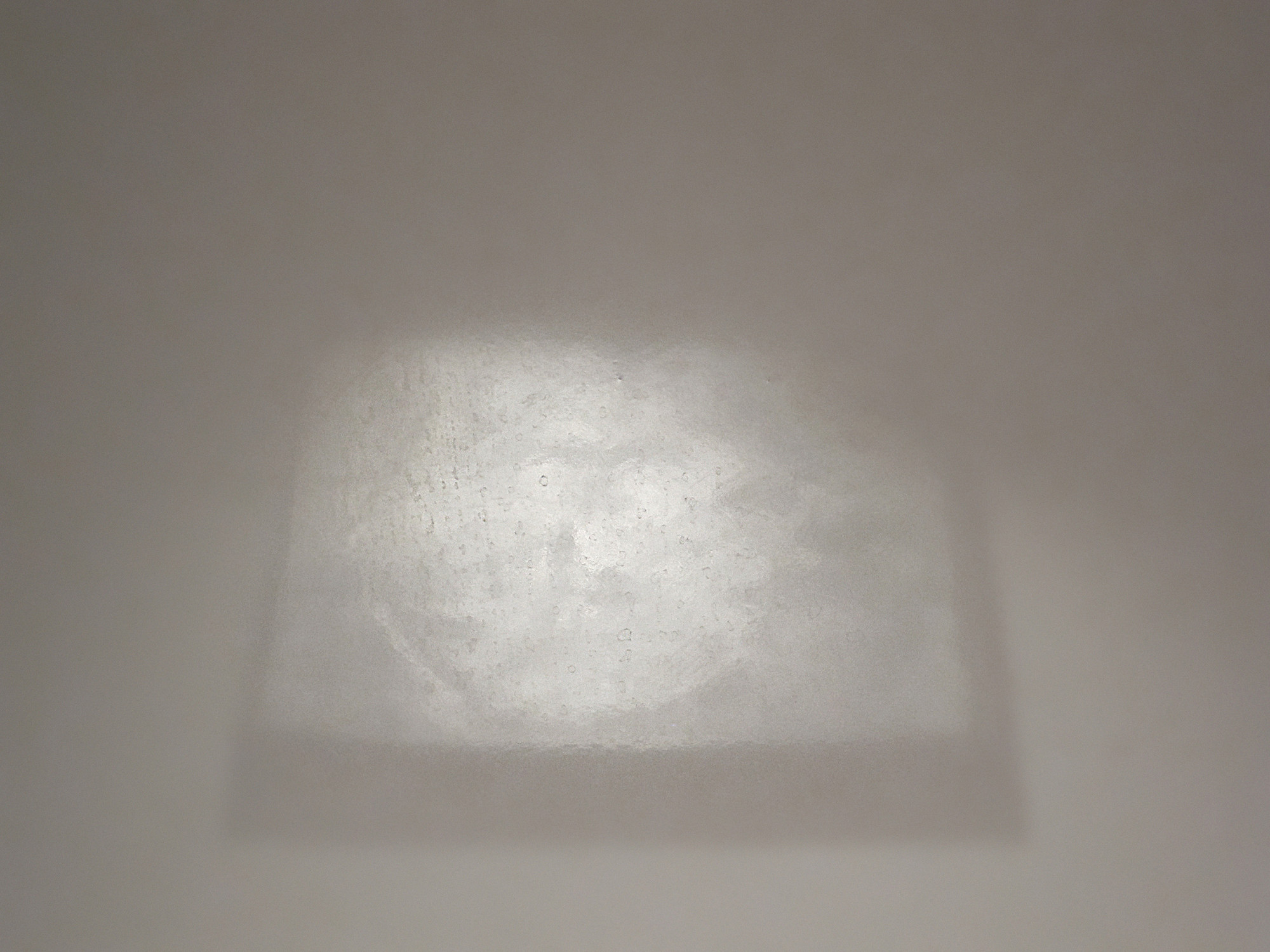 Preface to the Second Edition _ IV

Walid Raad (b. 1967, Chbanieh, Lebanon) lives and works in Beirut and New York and earned a BFA from the Rochester Institute of Technology, New York in 1989 and earned a MA and PhD in Cultural and Visual Studies at the University of Rochester, New York in 1993 and 1996. Important exhibitions of his work include Walid Raad: The Atlas Group Documents at the Glassell School of Art at Museum of Fine Arts, Houston (2008); Walid Raad at the Museum of Modern Art, New York (2015); Let’s be honest, the weather helped at the Stedelijk Museum in Amsterdam (2019); Walid Raad at Paula Cooper Gallery, New York (2019). Raad’s work resides in numerous public collections, including the Guggenheim Museum, New York; the Hirshhorn Museum and Sculpture Garden, Washington, D.C.; and The Museum of Modern Art, New York, among others.