Rodney McMillian’s work explores complex and charged relationships between contemporary culture and the histories of politics, structural inequality, and racial violence in America.

McMillian’s Shelf series is composed of groupings of glass vases that have been spray-painted black and placed atop three white tables. In previous exhibitions, these works have been accompanied by an audio recording of a speech about racial inequality by Shirley Chisholm, the first Black woman to be elected to the United States Congress. 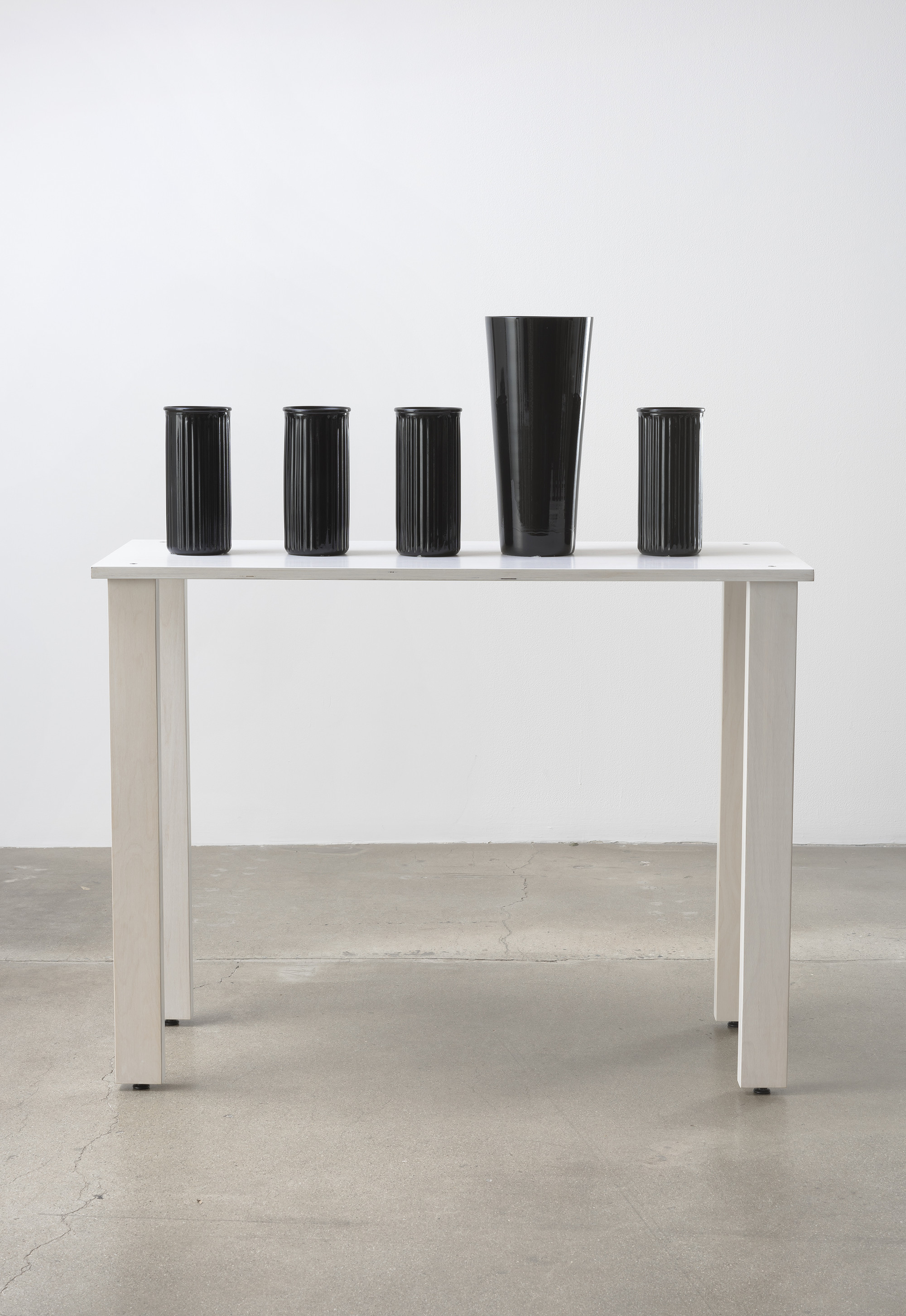 Ranging in size and shape, the conventional shapes of the vessels are at odds with their opaque and impenetrable black painted surfaces. Like much of McMillian’s work, these forms and materials play a symbolic role. Using quotidian objects to call attention to the ways in which blackness is perceived, the artist’s transformation of these vases reimagines race and visibility in America. For McMillian, disrupting the hierarchies in art institutions with the placement of the black vases atop white tables is a potent gesture: “Polynesian and African art is always at the bottom. [Museums] are always organized this way. I decided to make a different arrangement. I wanted Shirley at the top and I wanted ideas of white supremacy at the bottom,” the artist has said of the work. 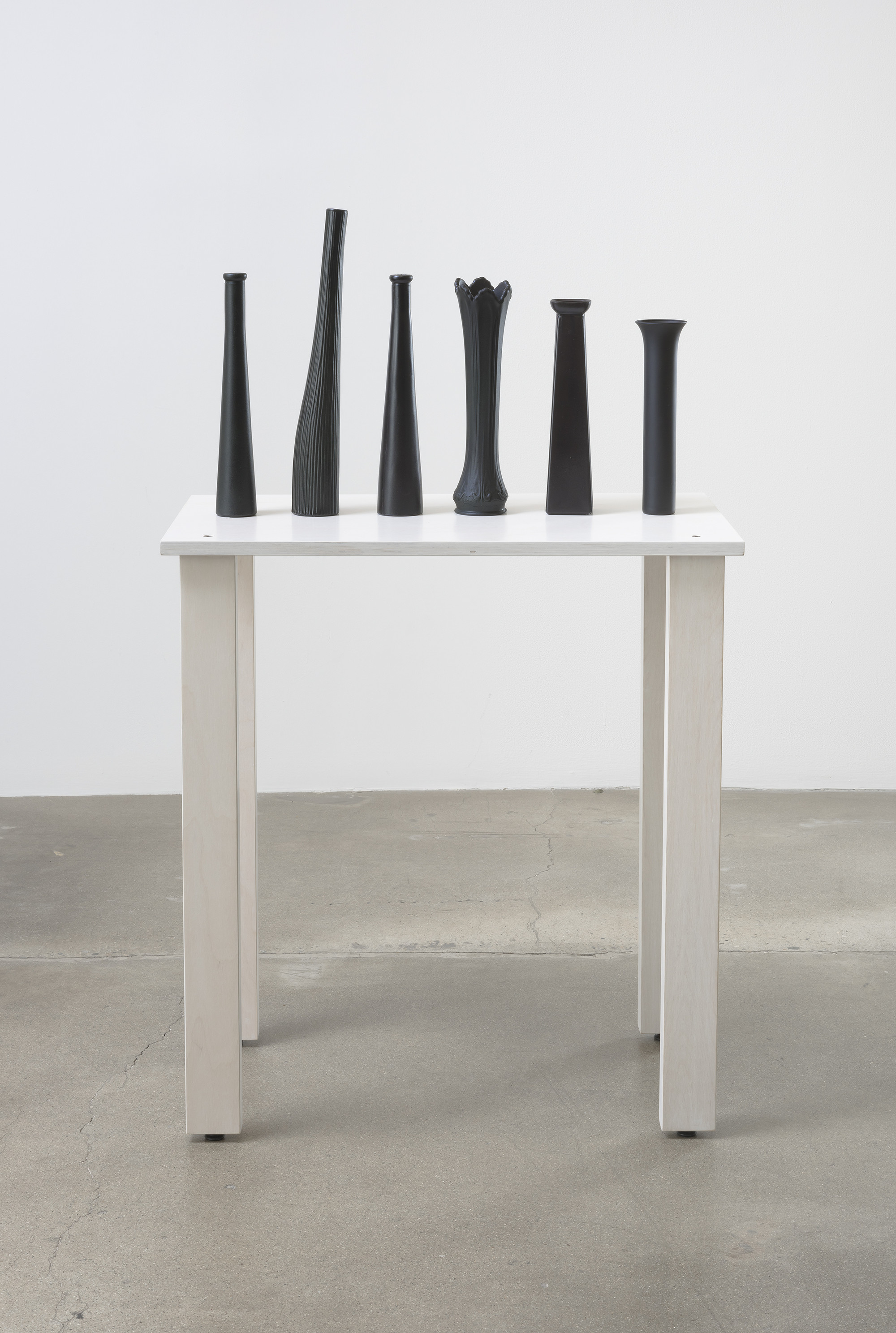 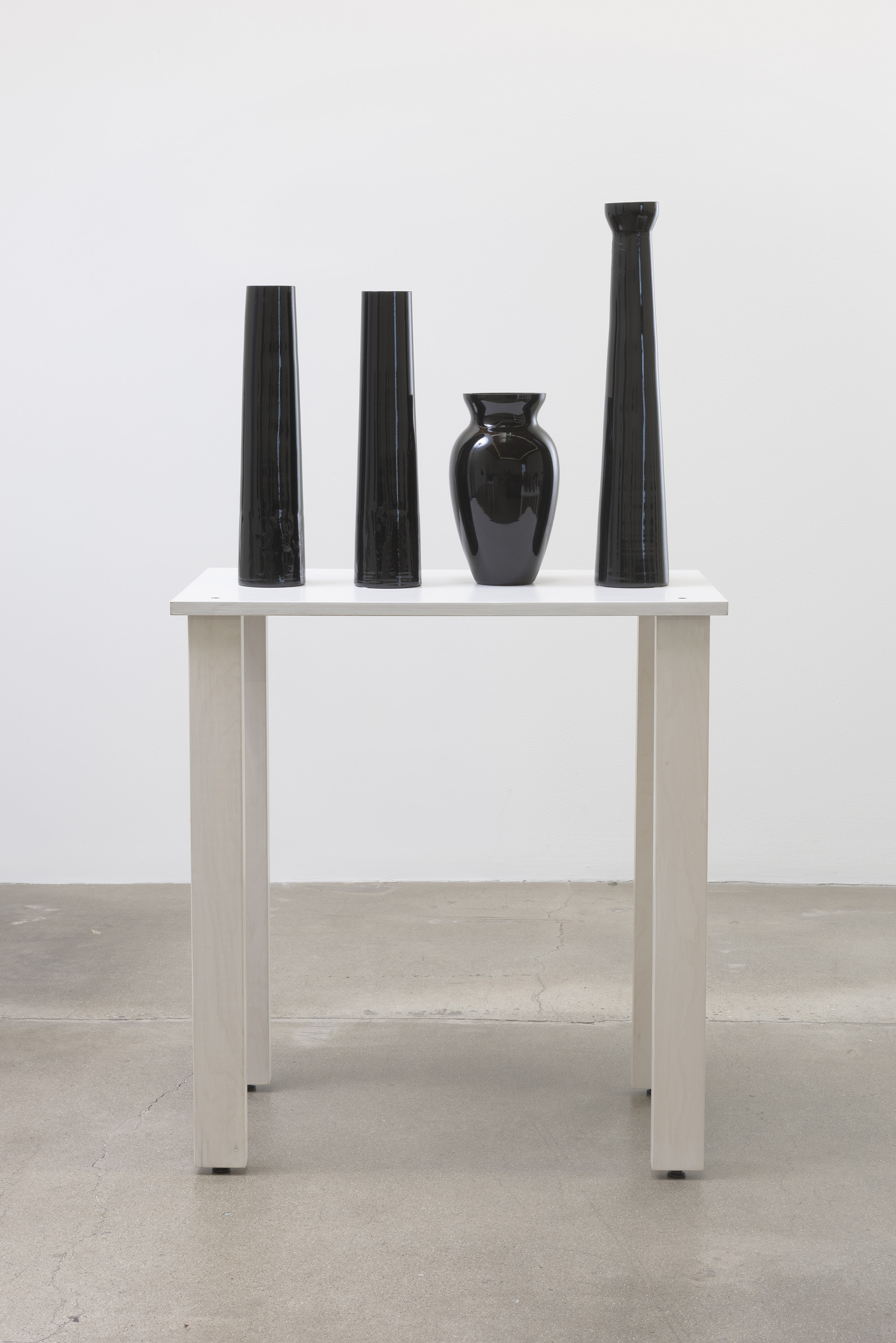 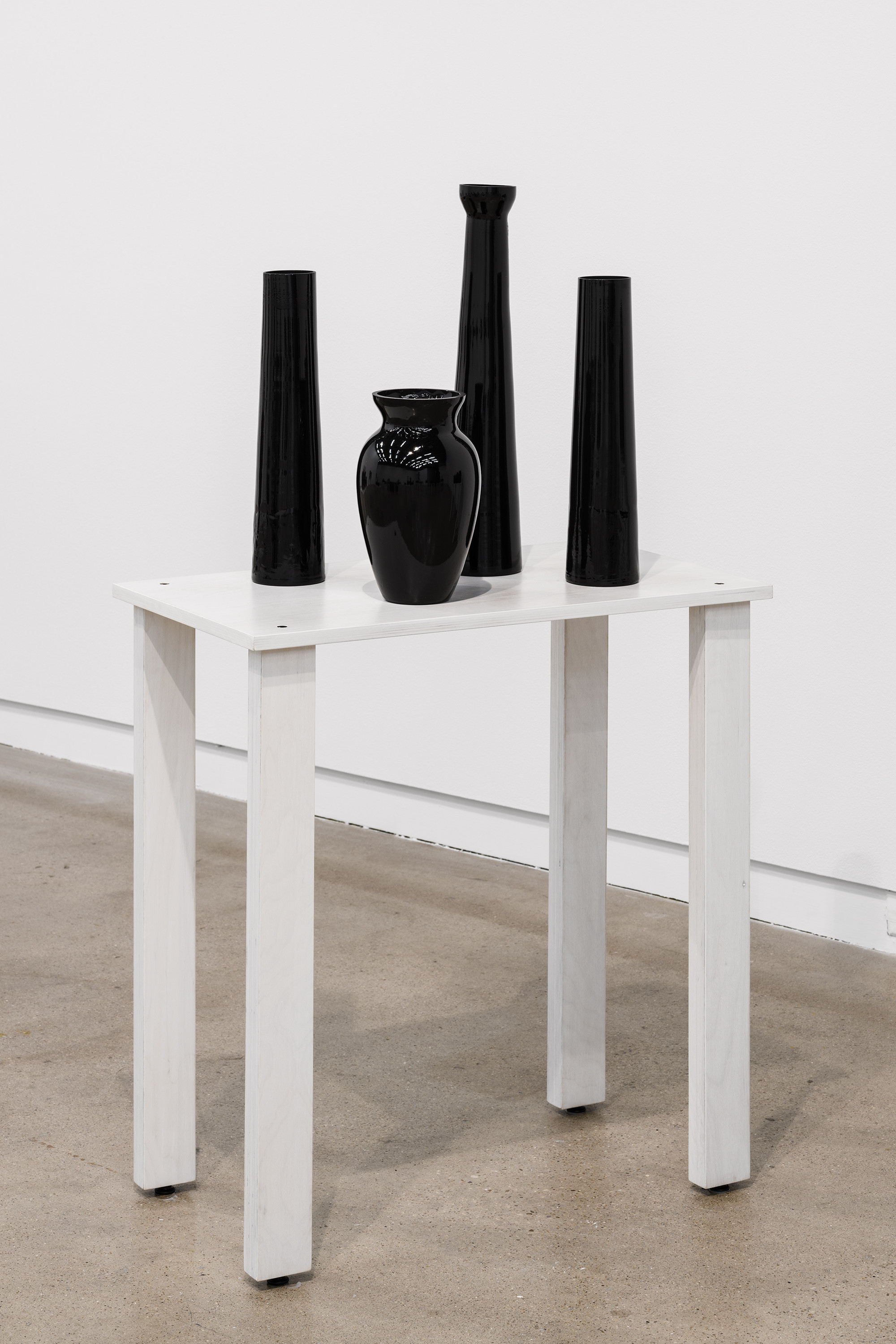 Rodney McMillian (b. 1969, Columbia, South Carolina) lives and works in Los Angeles. McMillian earned a BFA in 1998 from the School of the Art Institute of Chicago and an MFA from the California Institute of the Arts, Valencia in 2002. His installation In this land (2019) was on view as part of the New Work series at the San Francisco Museum of Modern Art (2019). In 2016, he received the Contemporary Austin’s first Suzanne Deal Booth Art Prize and presented the solo exhibition Against a Civic Death there in 2018. McMillian also had solo exhibitions at the ICA Philadelphia, the Studio Museum in Harlem, and MoMA PS.1 in 2016. Each of those exhibitions highlighted a particular set of material and conceptual concerns in McMillian’s multivalent practice. His other solo exhibitions include Rodney McMillian, Underground Museum, Los Angeles (2019); Rodney McMillian: A Great Society, The Art Institute of Chicago (2017); Rodney McMillian: Landscape Paintings, Aspen Art Museum, Colorado (2015); Sentimental Disappointment, Momentum 14: Rodney McMillian, The Institute of Contemporary Art, Boston (2009); Rodney McMillian, The Kitchen, New York (2008). McMillian’s work resides in numerous public collections worldwide, including the Los Angeles County Museum of Art; Museum of Contemporary Art, Los Angeles; Orange County Museum of Art; Museum Abteiberg, Mönchengladbach, Germany; Hammer Museum, Los Angeles; and The Studio Museum in Harlem. His work was featured in Sharjah Biennial 12 (2015).