Fred Wilson’s Dark Dawn (2005) is comprised of twenty-three parts of blown and plated black glass that personify movement and liquidity. Wilson became engaged with the glass of Murano in 2001 and began working in black glass because of the symbolism embedded in the color black. The objects in Dark Dawn (2005) amplify and magnify the form of glass as a material that begins from liquid and never fully solidifies. The “black tears” in this work respond to the history of Blackness in America with each drop and recalling tears, blood, and bodily fluids forming a slick pool of blackness on the floor. 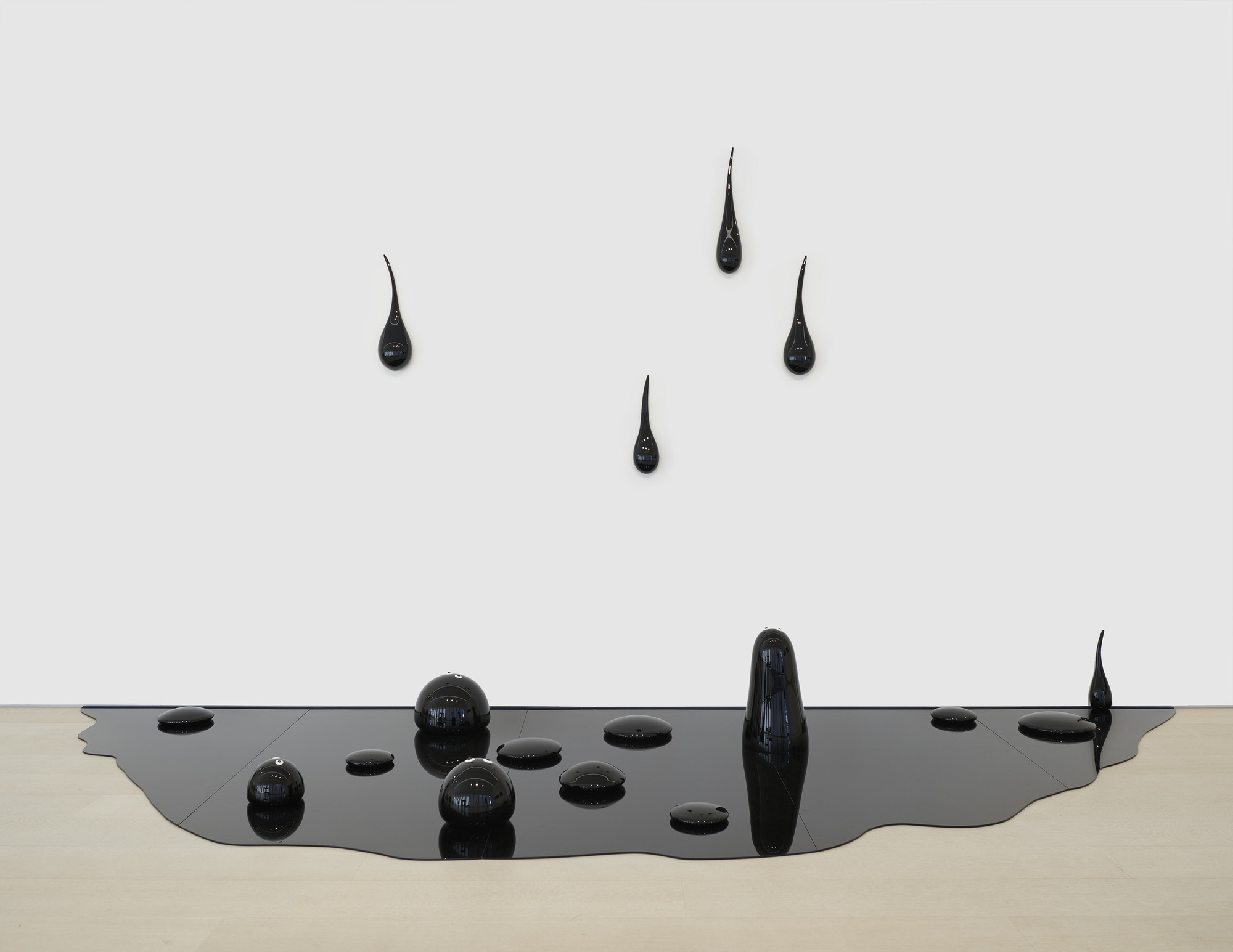 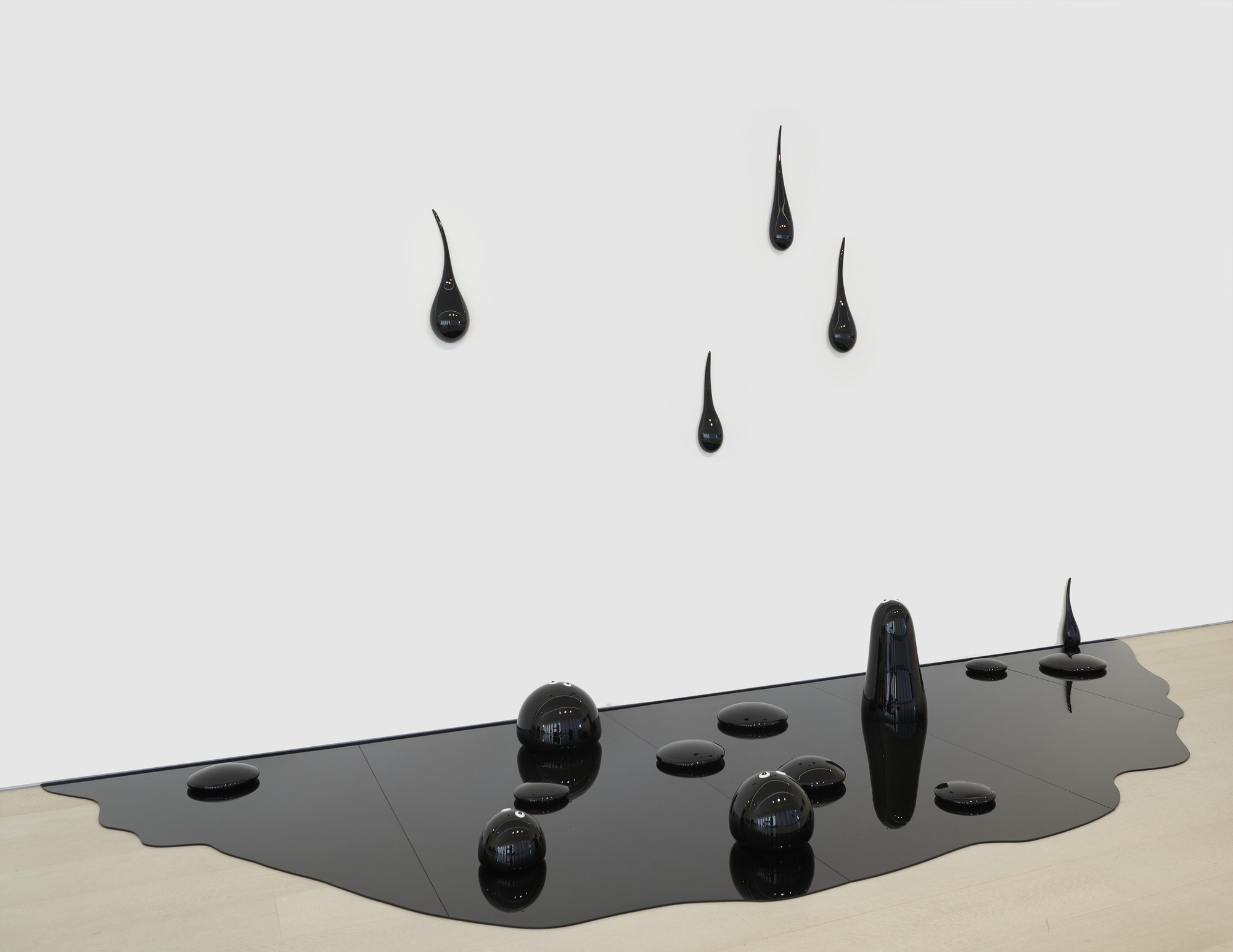 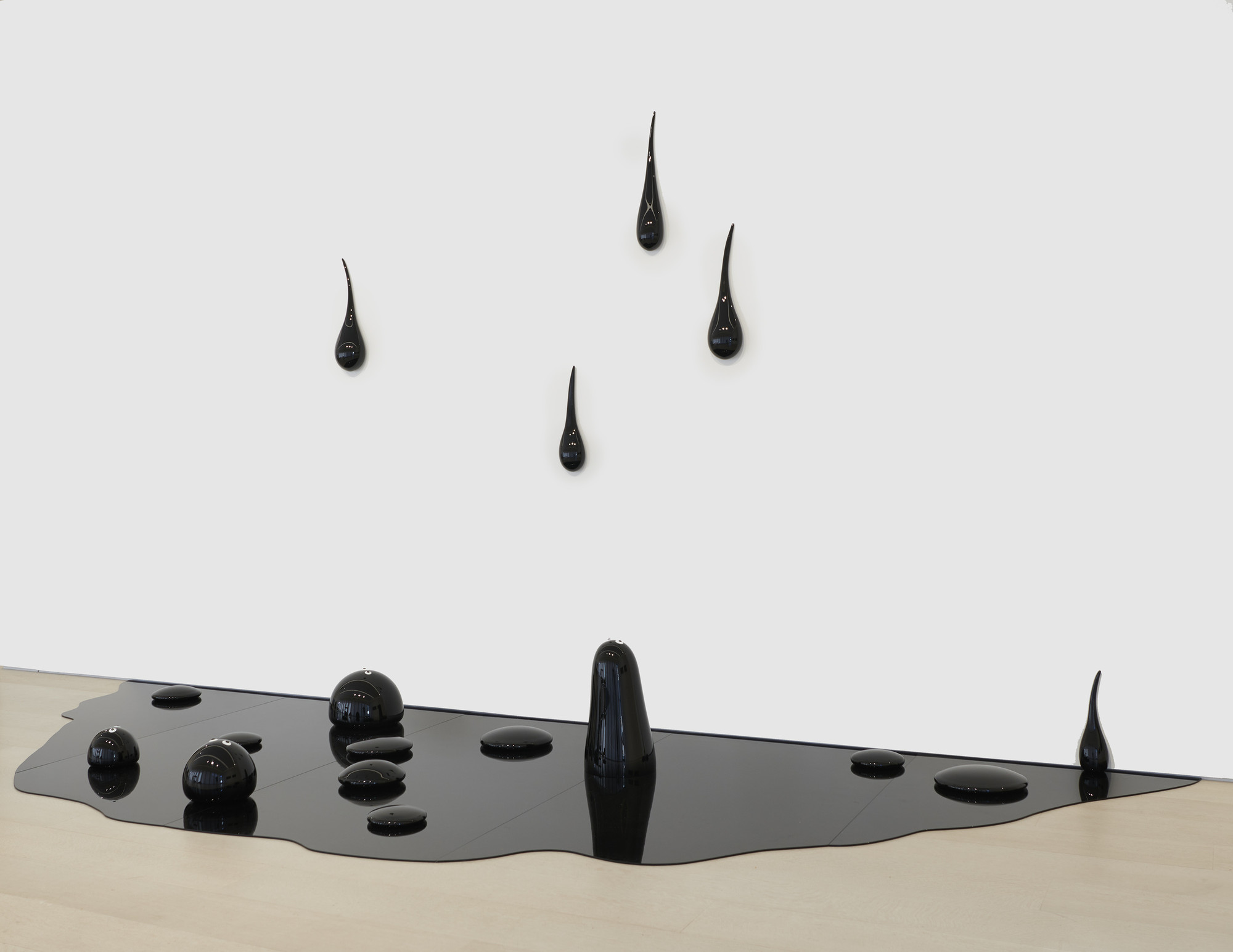 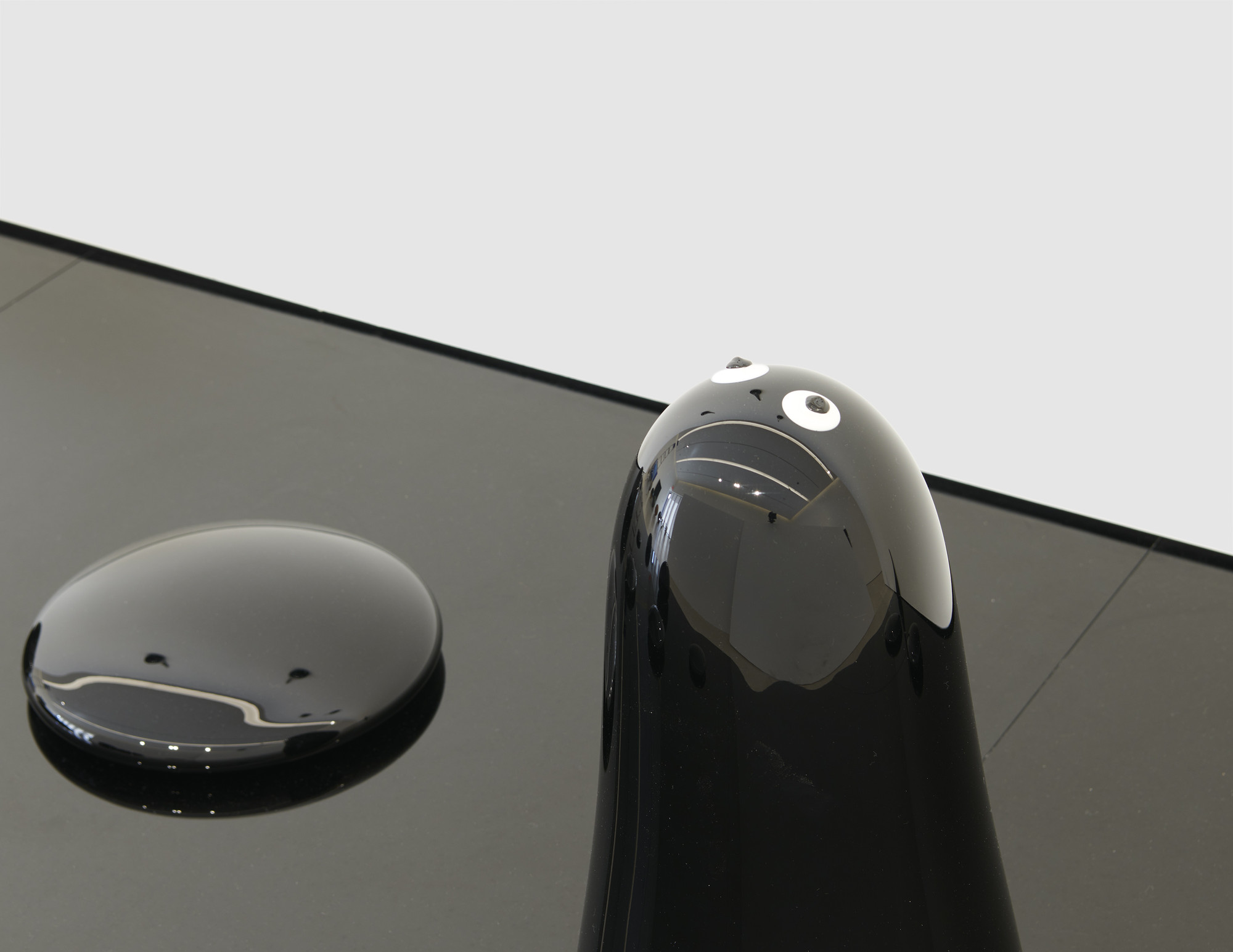 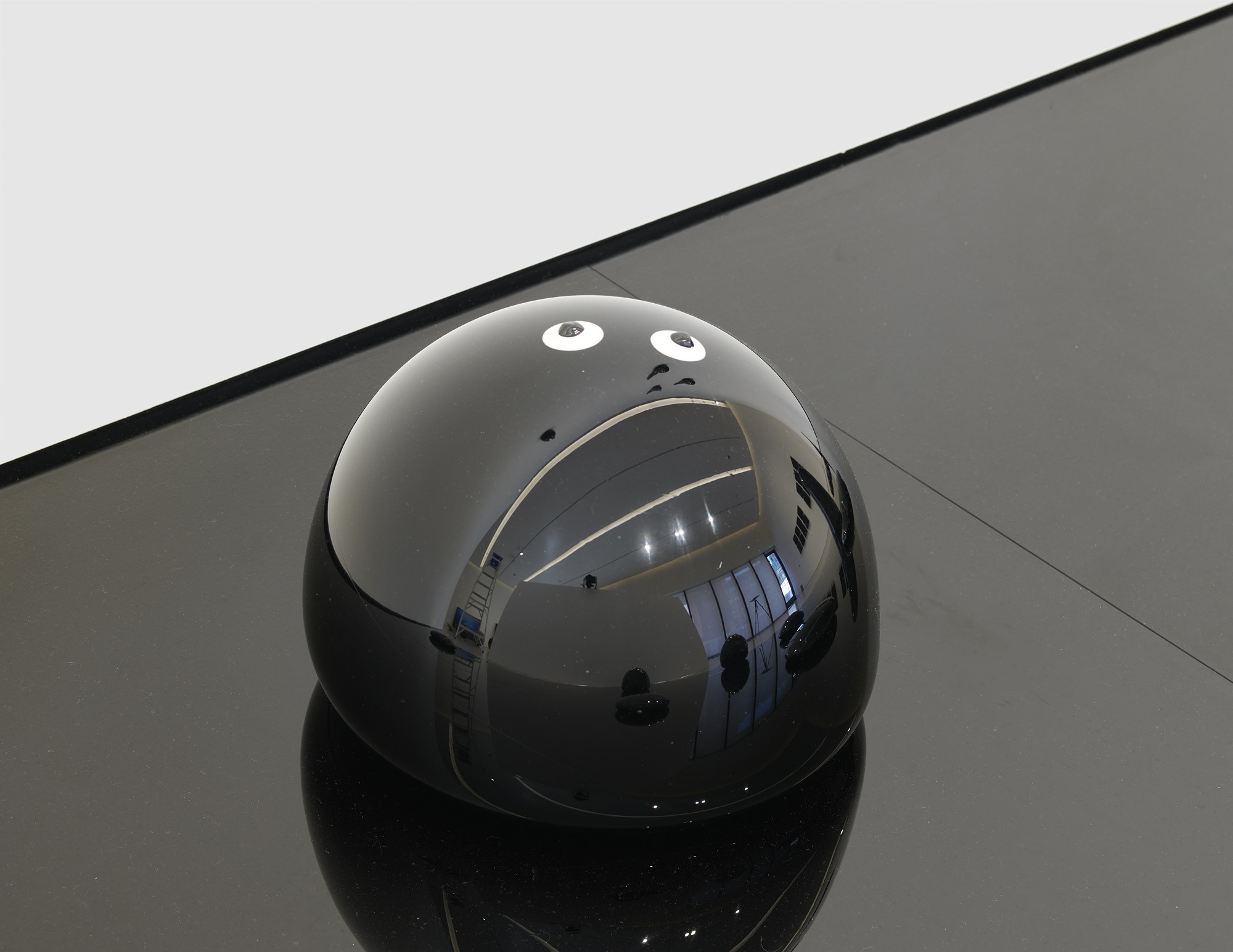 The pitch-black surface of the installation offers a literal and symbolic reflective quality as pairs of eyes gaze back at the viewer. Wilson says, “I would like to think that objects have memories, and that we have memories about certain objects.” The arrangement of caricature-like eyes references the Blackface cartoons of the Jim Crow era when white supremacy and anti-blackness dominated every aspect of American life. The eyes on the drips look back on Black people being reduced to images of ink, tar, and oil in these cartoons.