b. 1925, Beirut, Lebanon
Lives and works in Paris, France and Sausalito, California

For Etel Adnan, a Lebanese poet, essayist, and visual artist, all art is political and shaped by lived experiences. Her paintings and tapestries use geometric forms and subtle variations of color that evoke landscapes and horizons, as well as striking geometric compositions. Adnan began to paint in the 1960s, after her decision to stop writing in French in solidarity with the Algerian War of Independence. 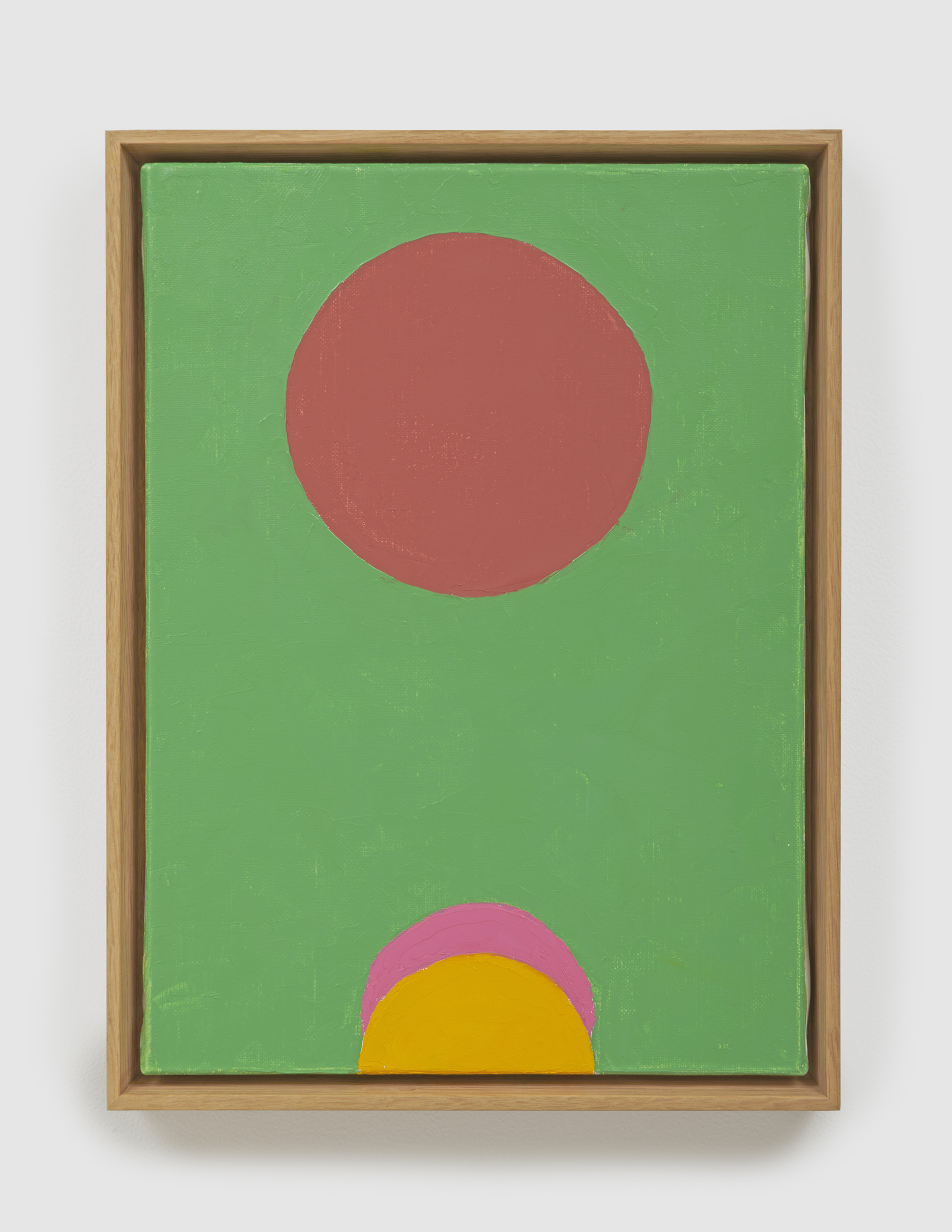 Adnan began to make paintings each day during her time in Sausalito, California of the Mount Tamalpais outside her window. While she was widely known as a poet and writer, abstract painting allowed Adnan to explore memories of her youth in the Middle East, the atrocities of war she observed, and her nomadic life thereafter. 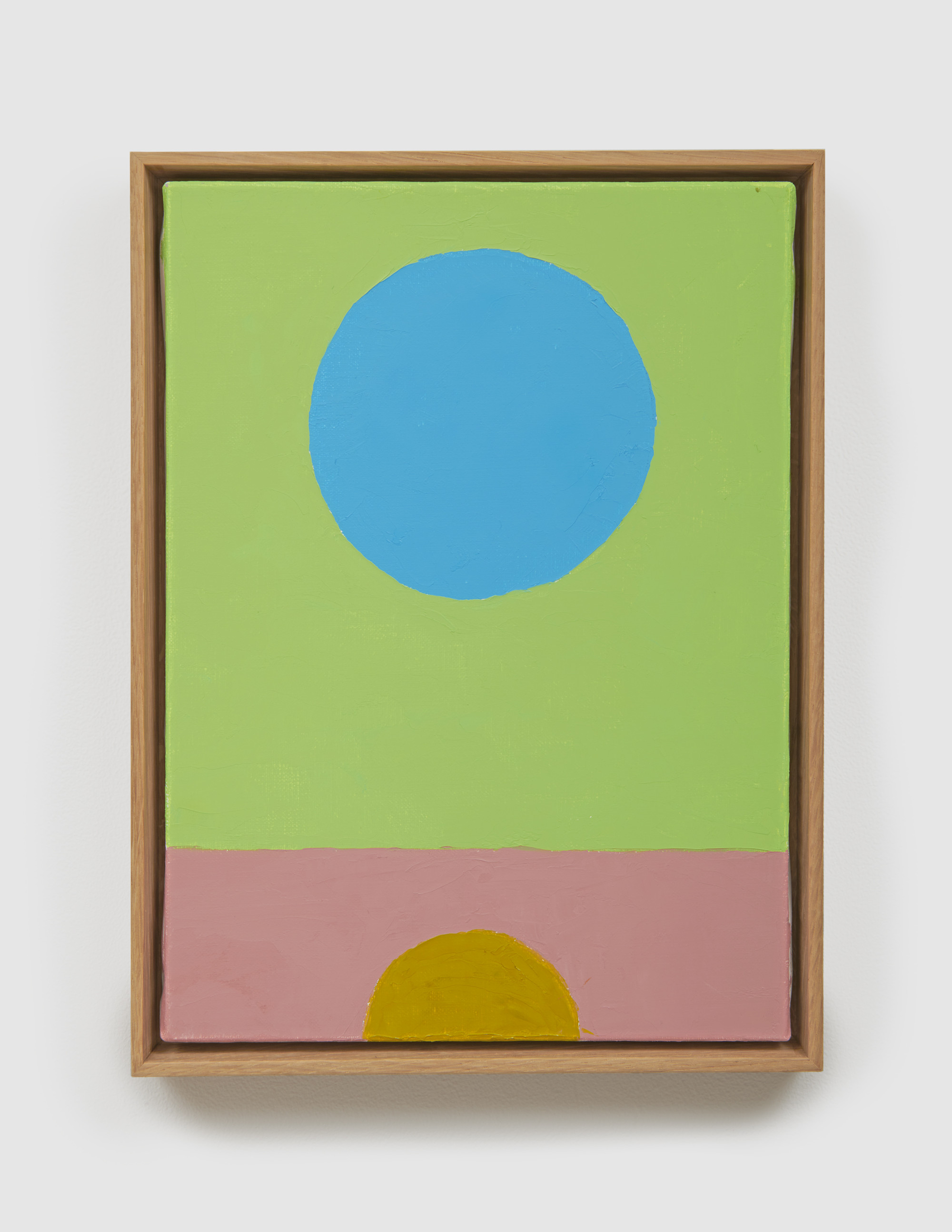 In her work, spontaneous and uninhibited strokes of color conjure up feelings of beauty and disruption, creating a new language for the complex experiences of her life. In a biographical essay, Adnan writes, “Furiously, I became a painter. I immersed myself in that new language. Abstract art was the equivalent of poetic expression; I didn’t need to use words, but colors and lines. I didn’t need to belong to a language-oriented culture but to an open form of expression… My spirit was loose.” Winner of the 2020 Griffin Poetry Prize, Adnan’s poetry is visible here, on canvas and tapestry as acts of resistance, similar to her writing. Her exposure to war, conflict, and death are transformed through light, form, and color to manifestations of resilience. 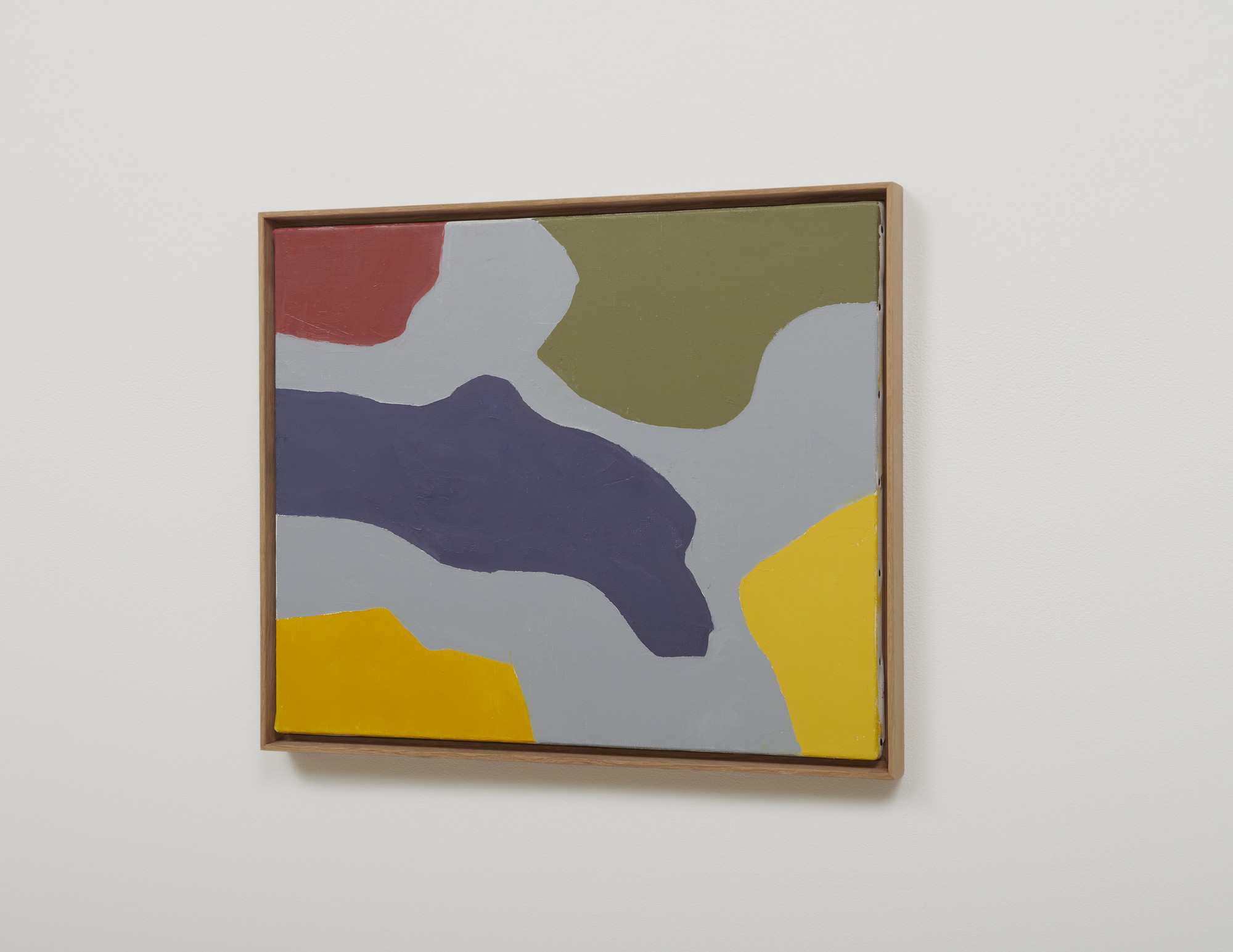 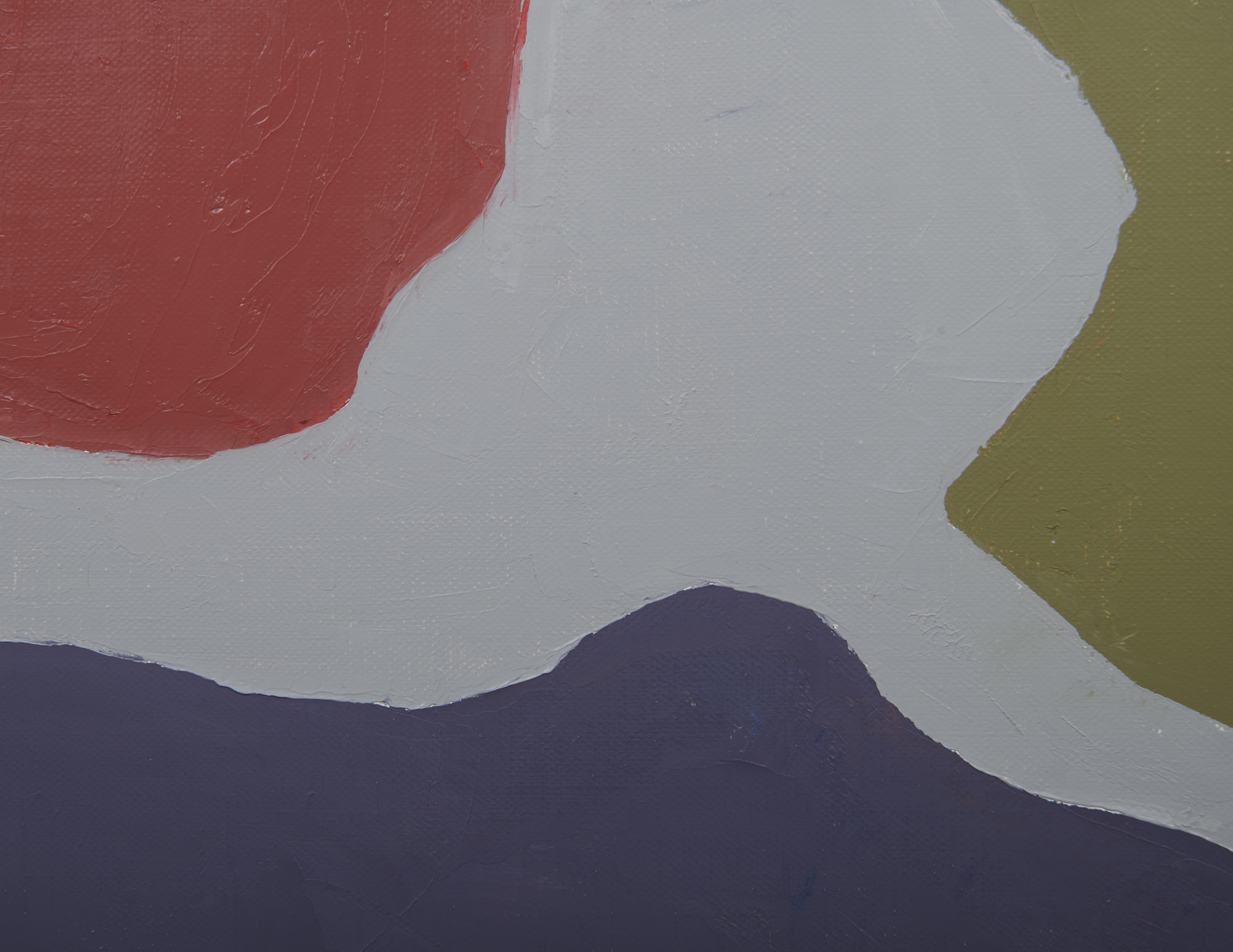 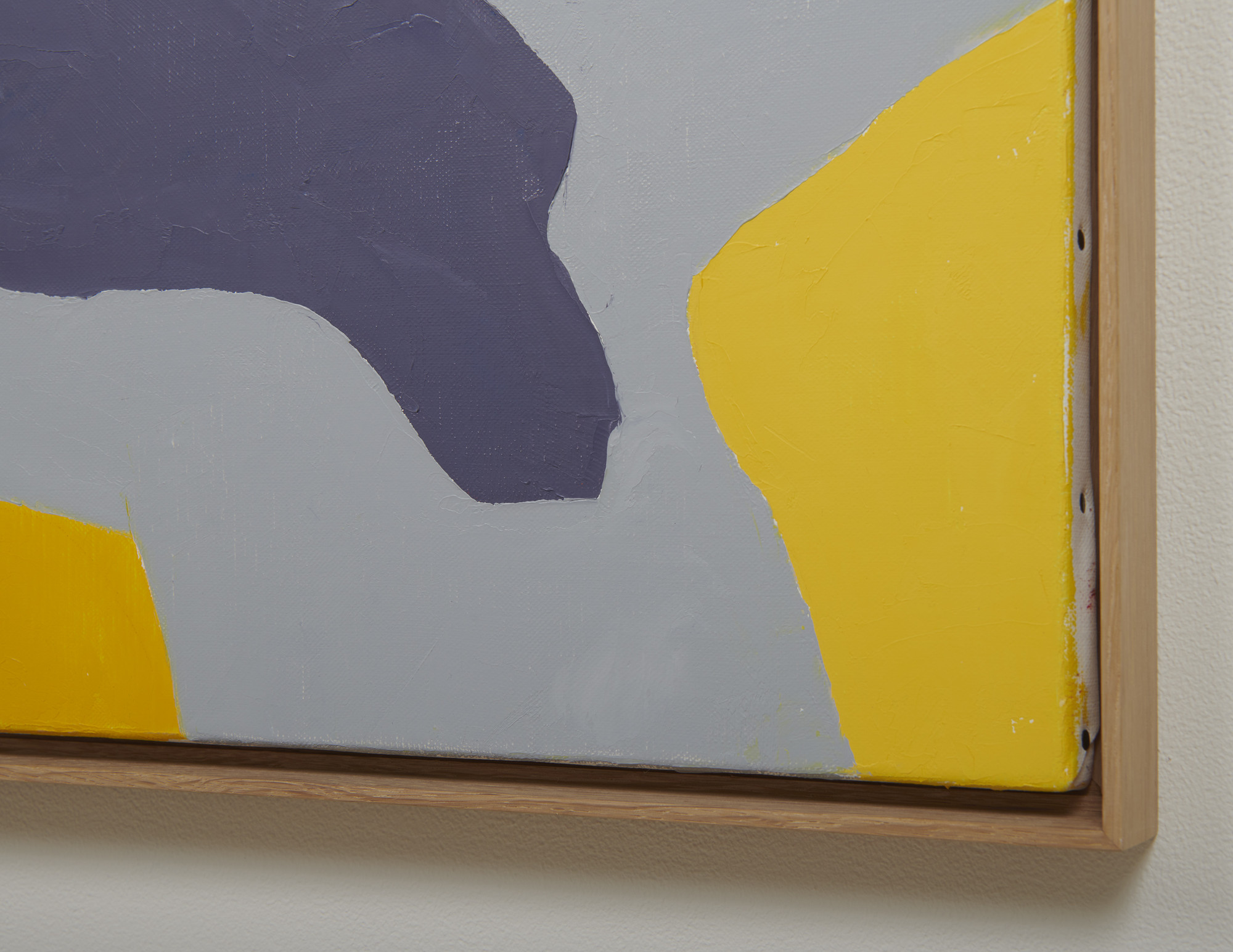 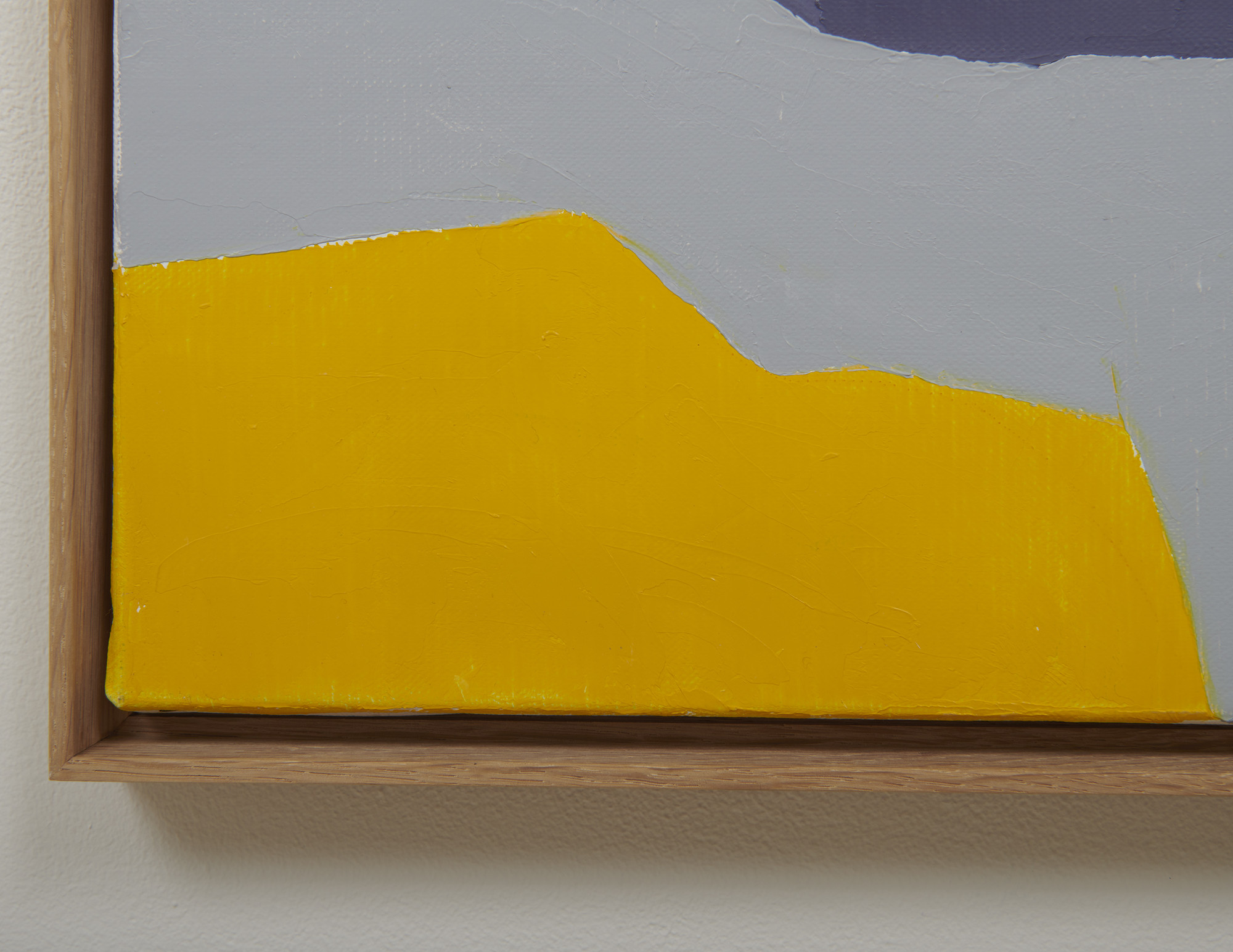 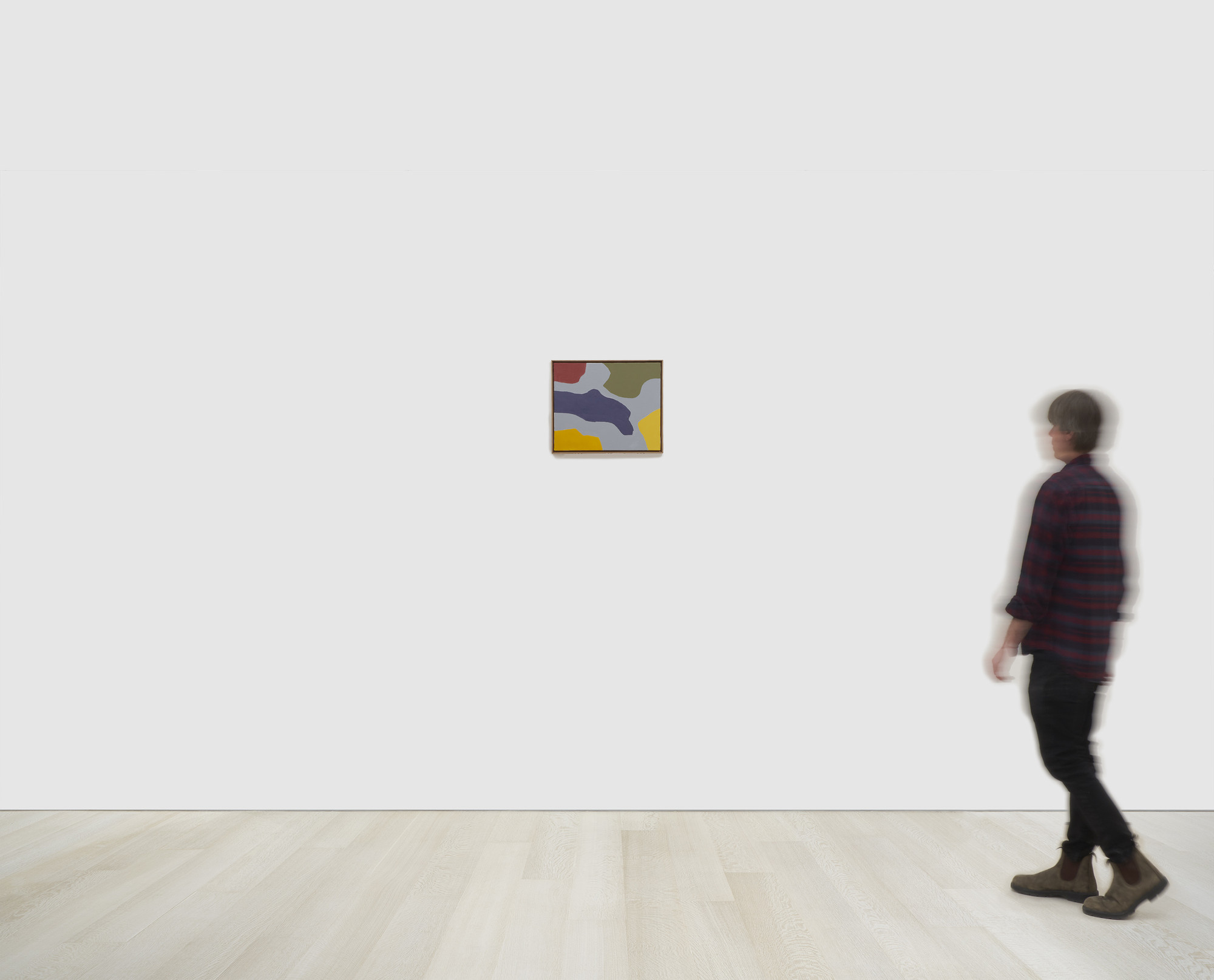 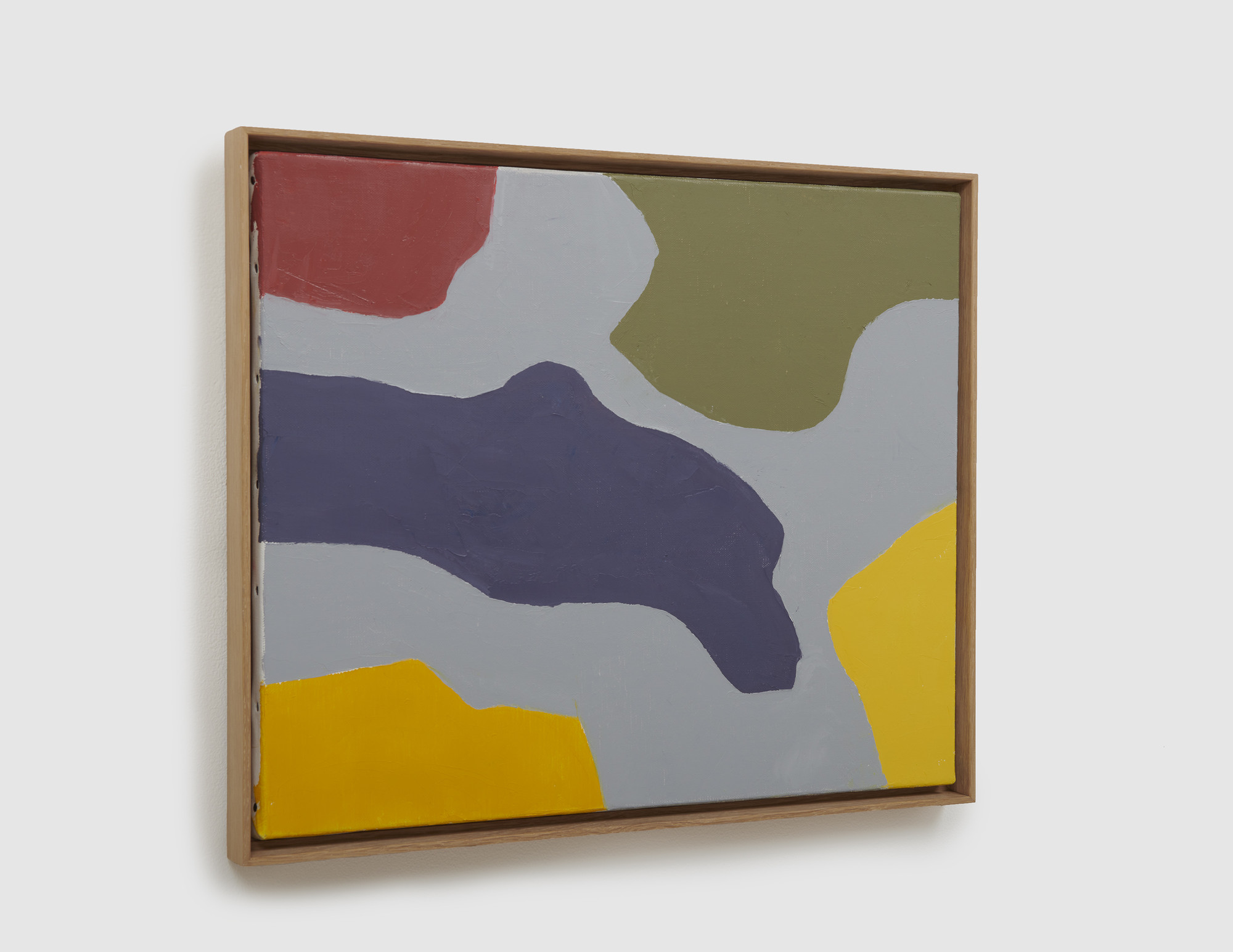 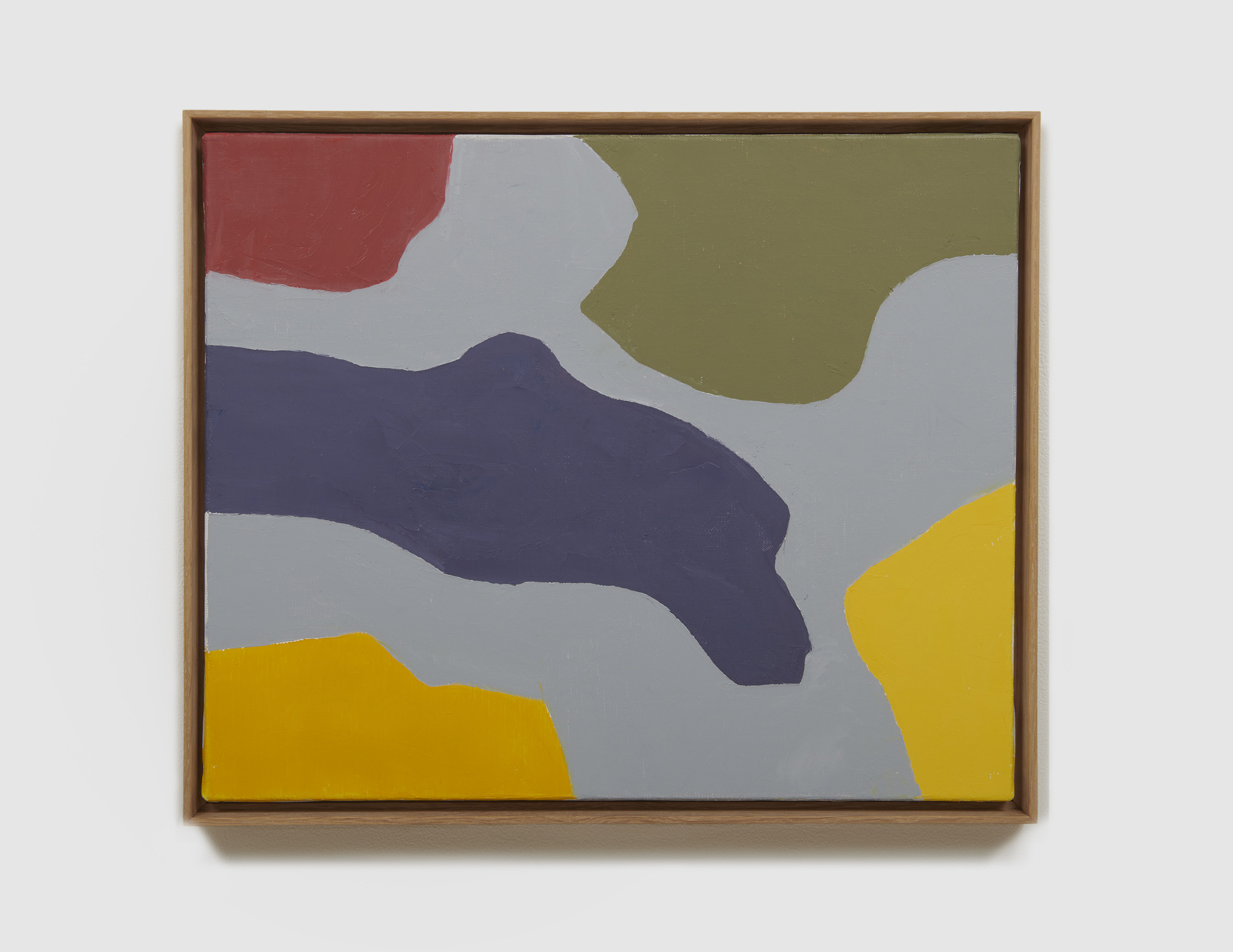 Deeply engaged with traditional Arab crafts, Adnan is known for her brightly colored, semi-abstracted artworks that often feature quiet, melancholy landscapes. Inspired by the woven works she encountered during her childhood in Beirut, Lebanon, Adnan incorporated tapestry-making into her practice in the 1960s. “There was no art museum in Beirut, there were no paintings at home,” she has said. “We had rugs, and the aesthetic pleasure came out of those.” In the early 1950s, the artist was introduced to the 16th-century series of six tapestries, The Lady and the Unicorn. She later visited the Ramses Wissa Wassef Art Centre in Giza, Egypt, where she encountered imagery from the natural world in tapestries composed of naturally dyed wool. The architect Ramses Wissa Wassef, who founded the Giza art center and advocated for the regeneration and dissemination of weaving, encouraged young artists like Adnan to create textiles based on improvisation, chance, and sensory inspirations.

The artist frequently draws from her paintings and writings for her fiber works, which include idiosyncratic scribbles, graphic lines, and blots of color. 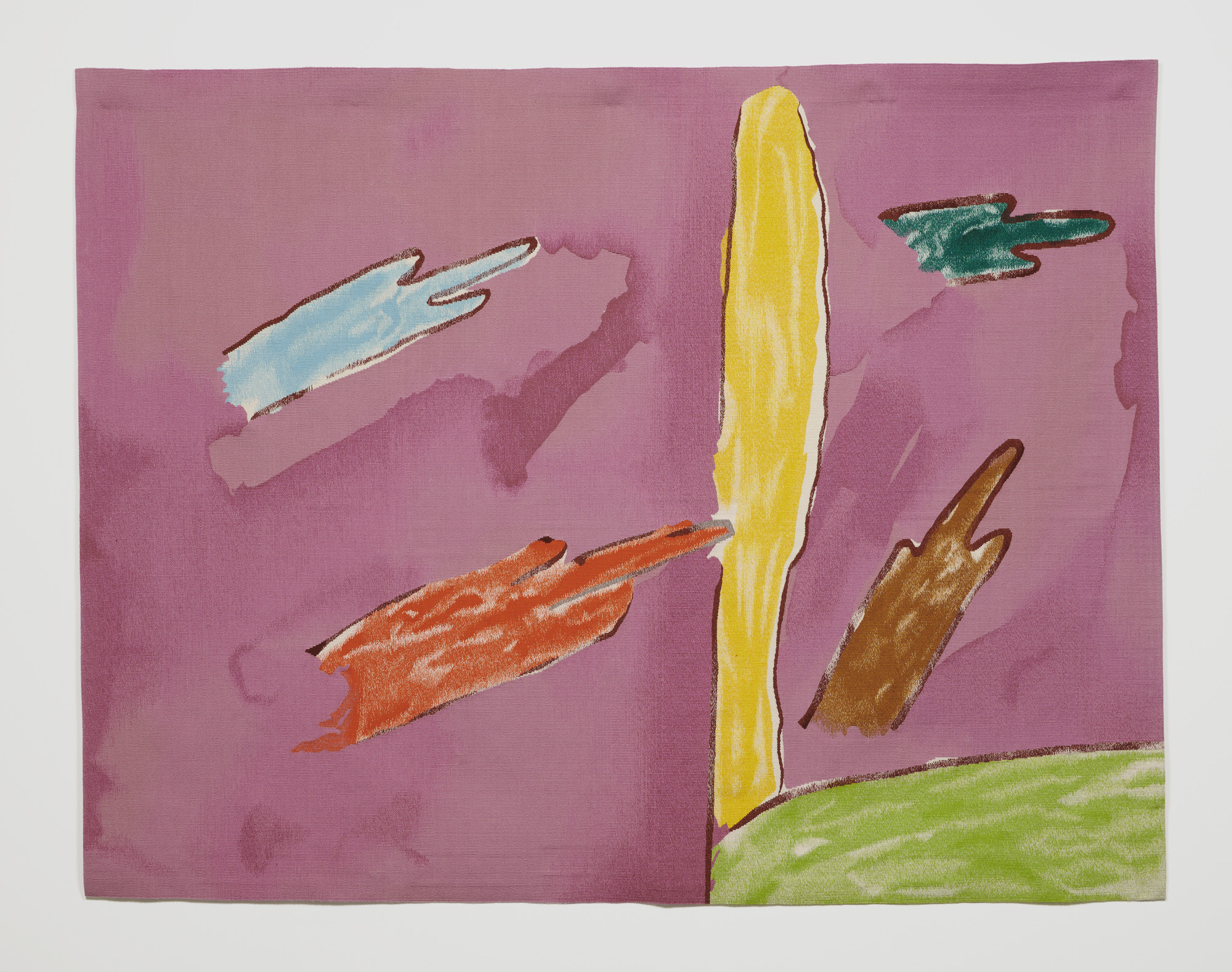 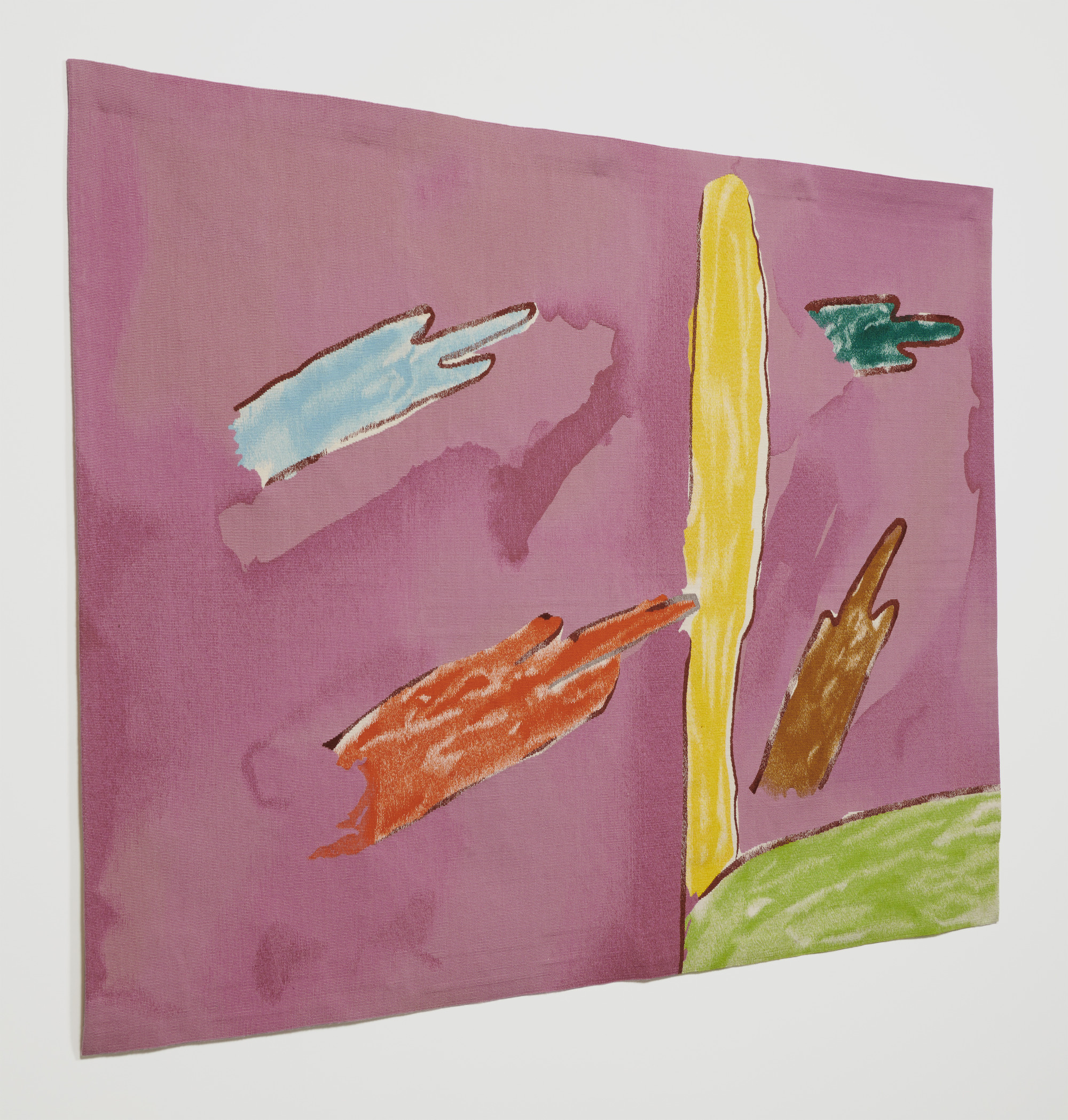 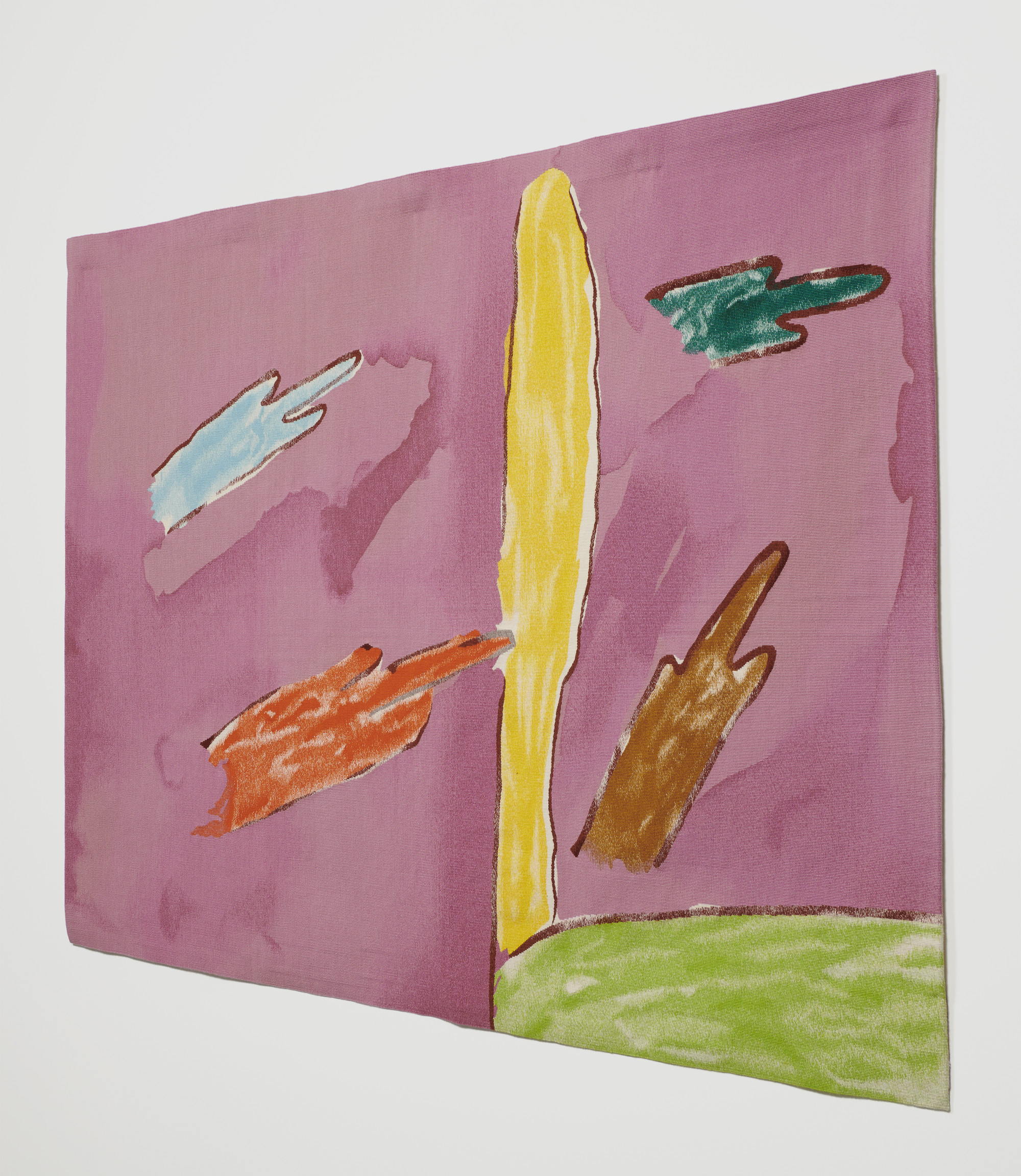 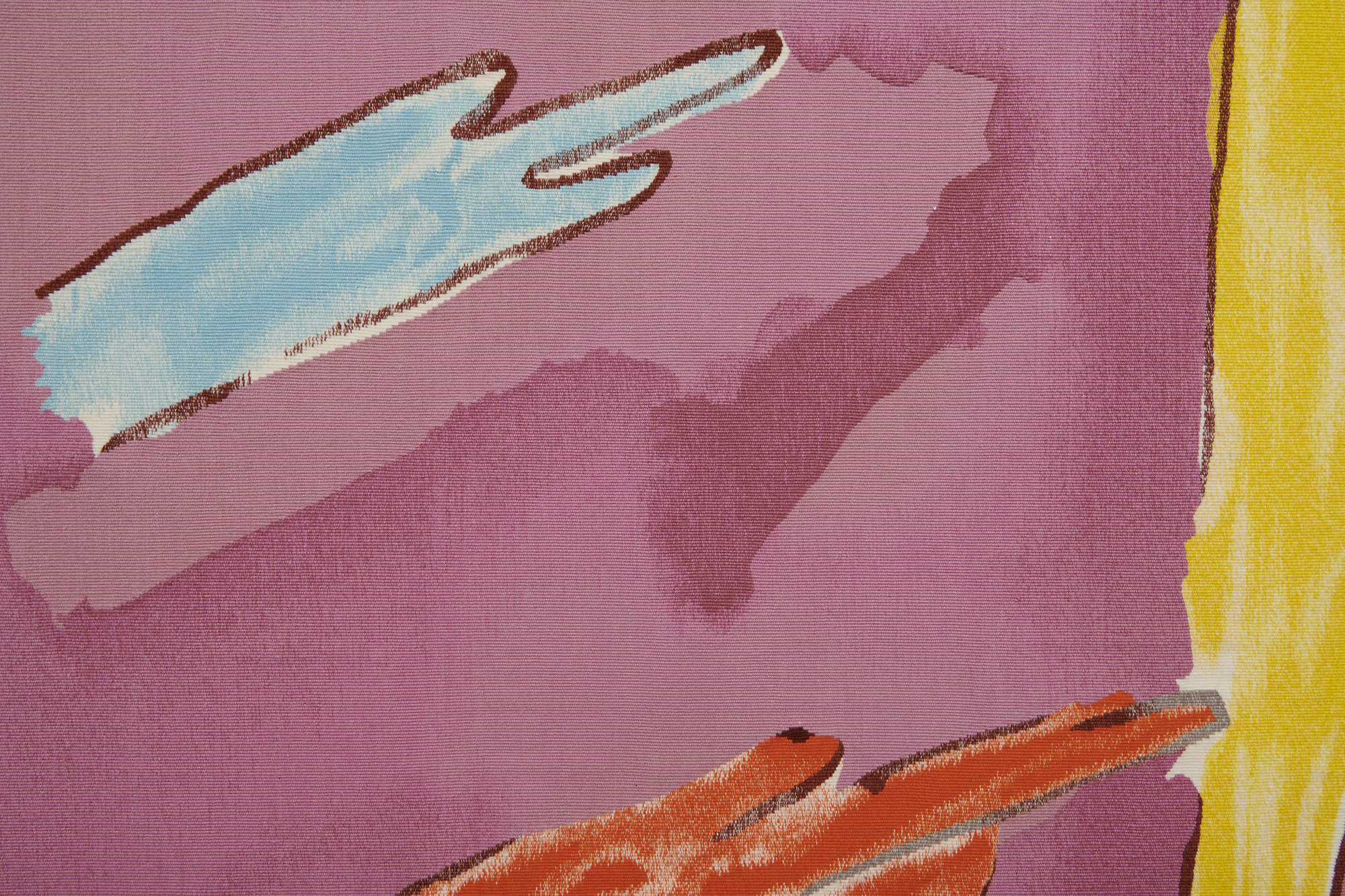 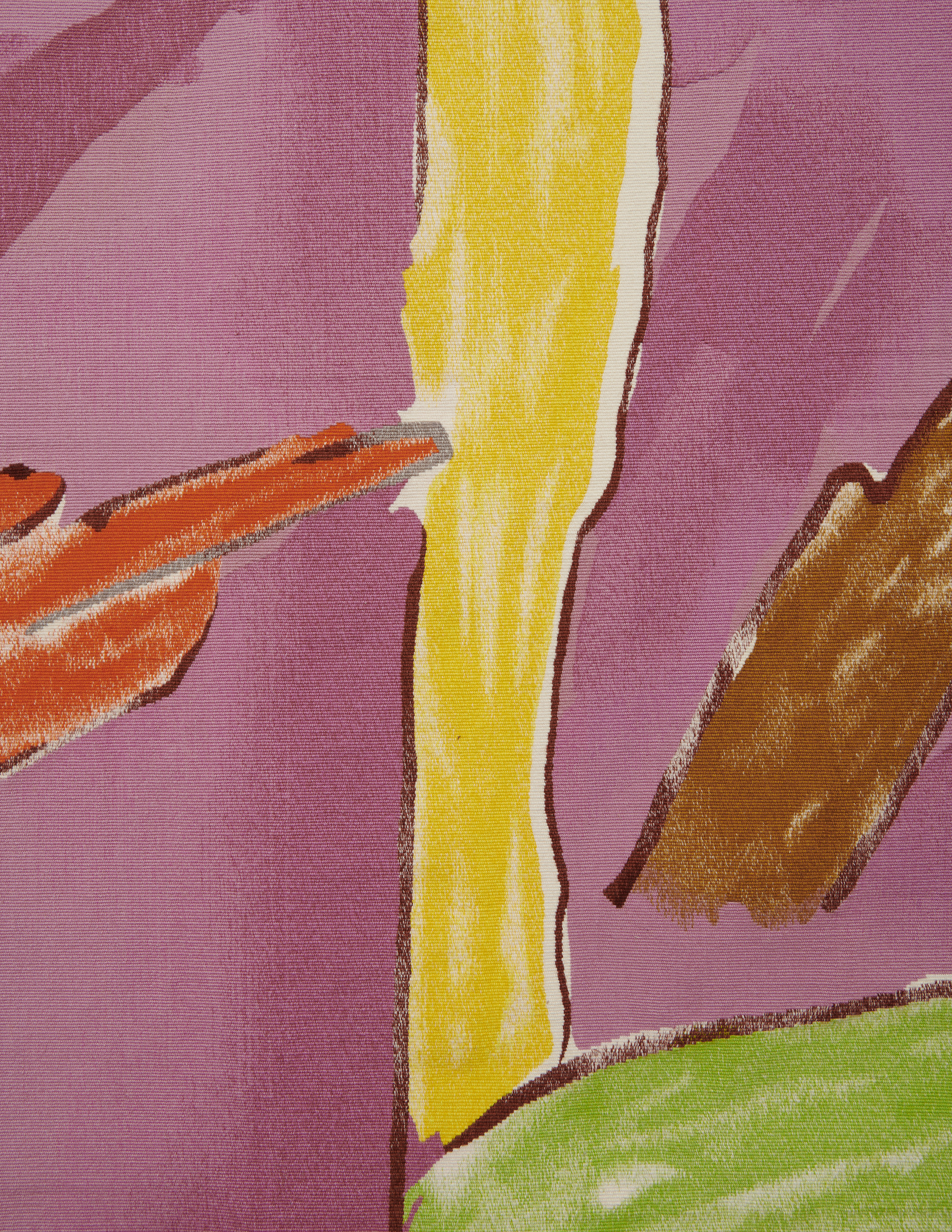 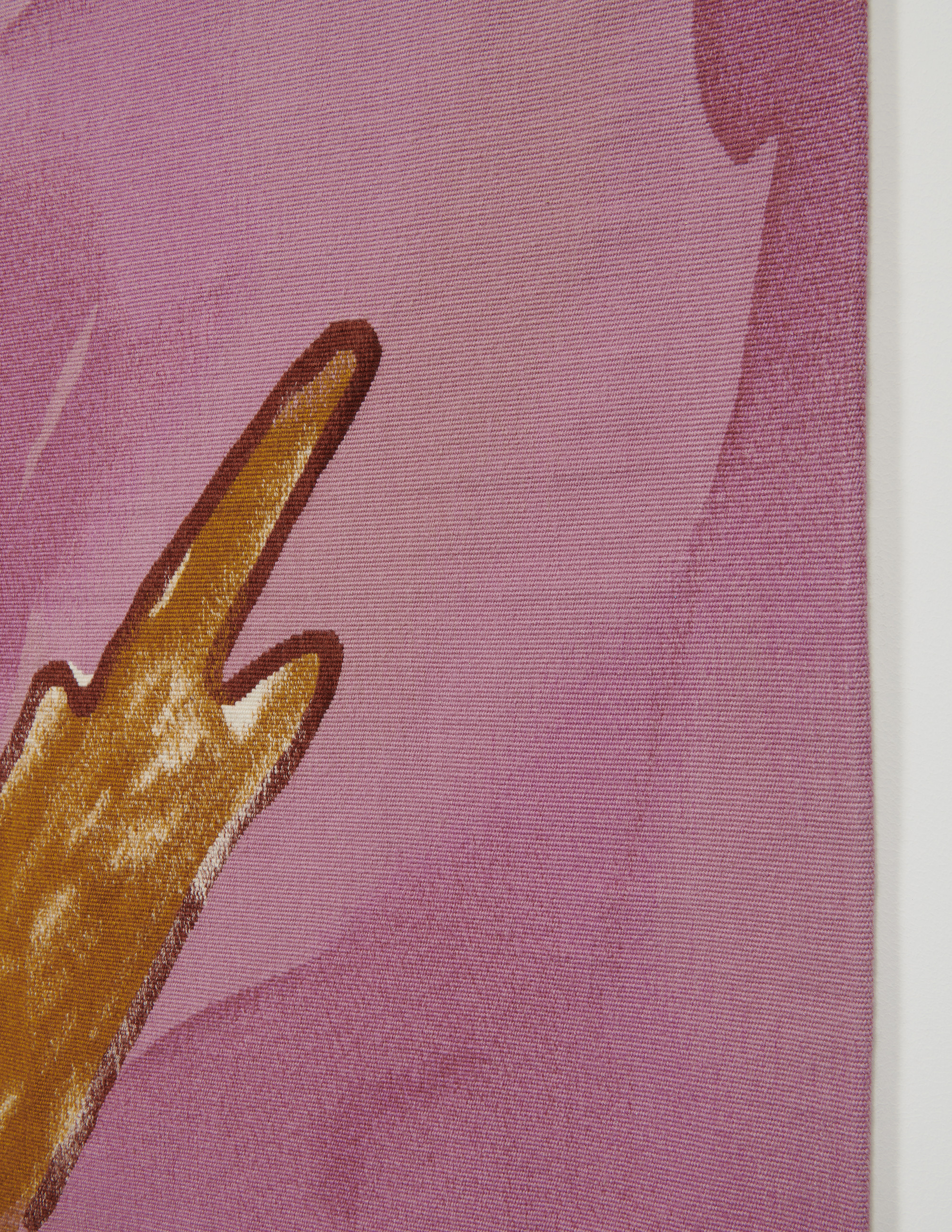