Adrián Villar Rojas’s untitled sculpture from his ongoing body of work, Rinscimento (2015–21) is comprised of a dated model white fridge with a diorama-like vitrine window covering its open freezer compartment. A domestic but minimal object, the freezer is filled with an assemblage of natural and manufactured foods—frozen fruits, fish, animal bones, a beer bottle, and variant species of mushrooms such as enoki and lion’s mane. Continuing the artist’s investigation of entropy in the Anthropocene, this work meditates on the fragility of living forms and their relationship to machines. The freezer chamber and its contents are literally frozen in time, preserving objects that become more and more obscured by the enveloping freezer-bite ice over time. 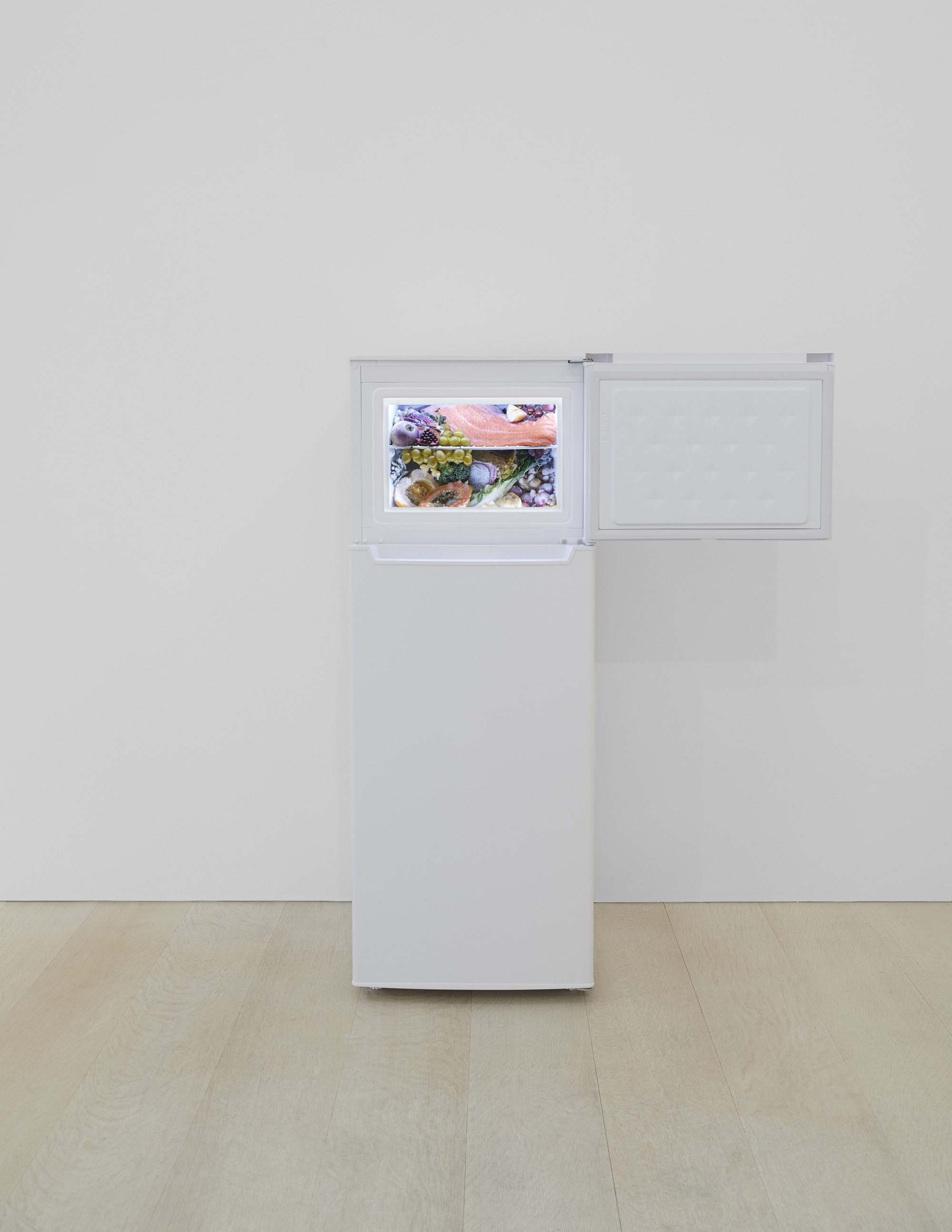 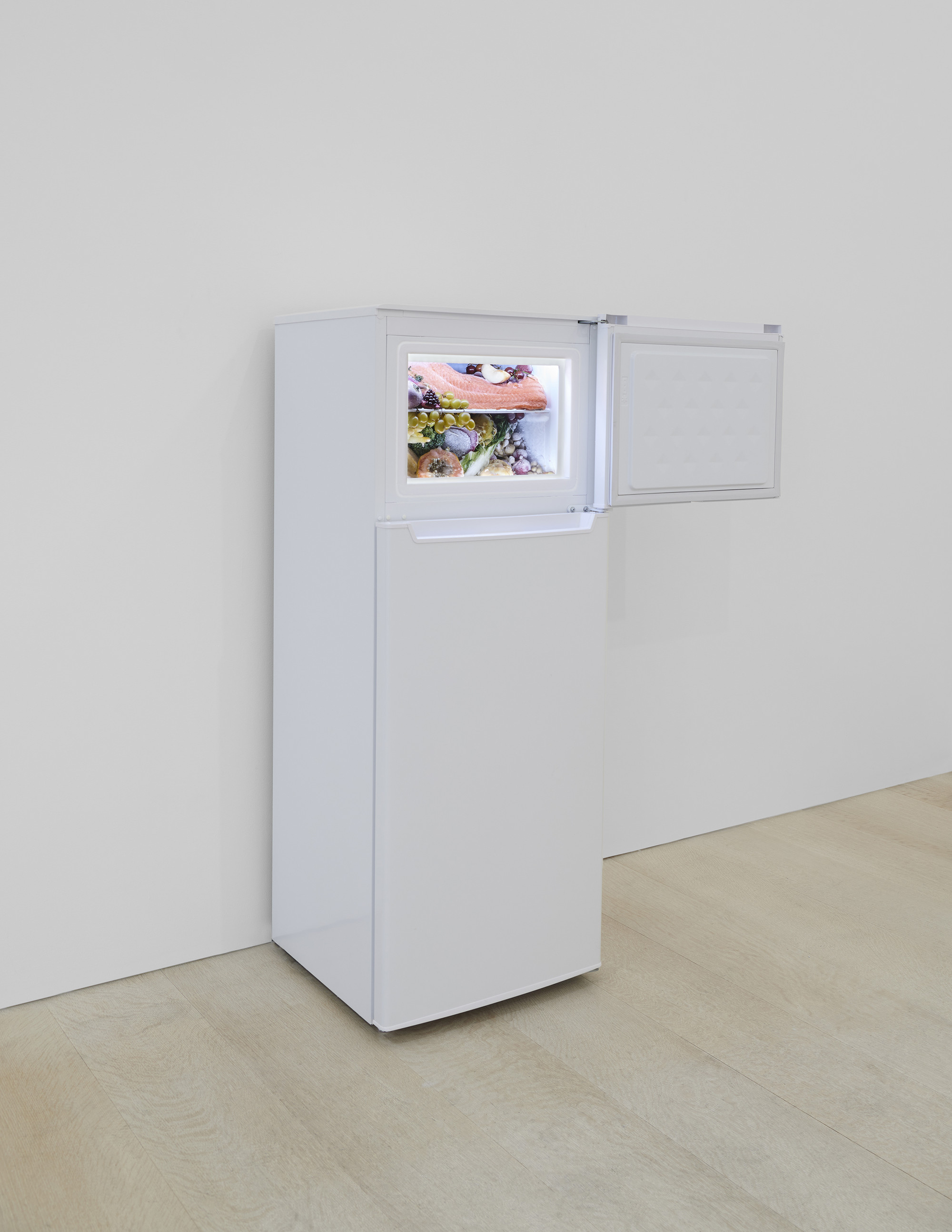 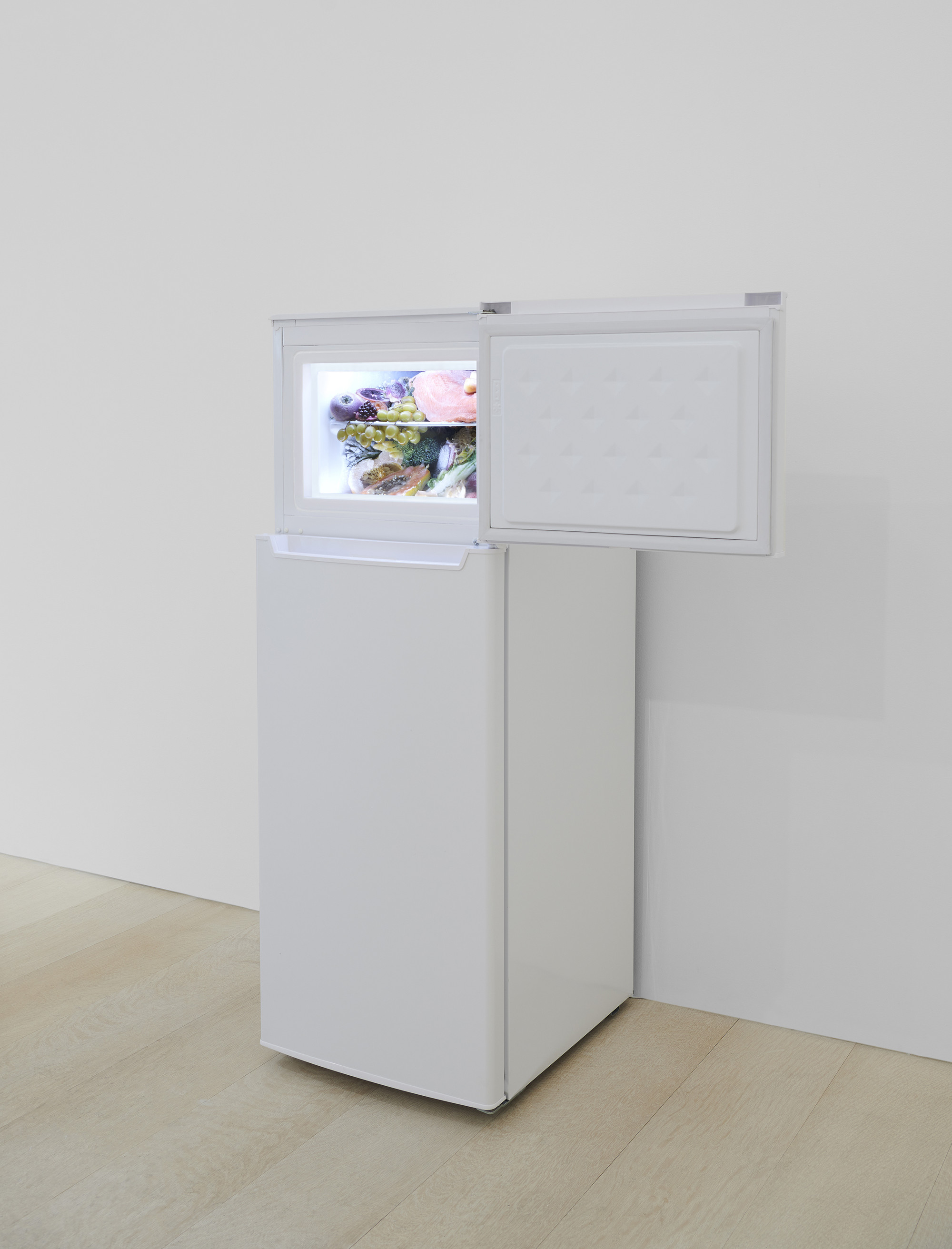 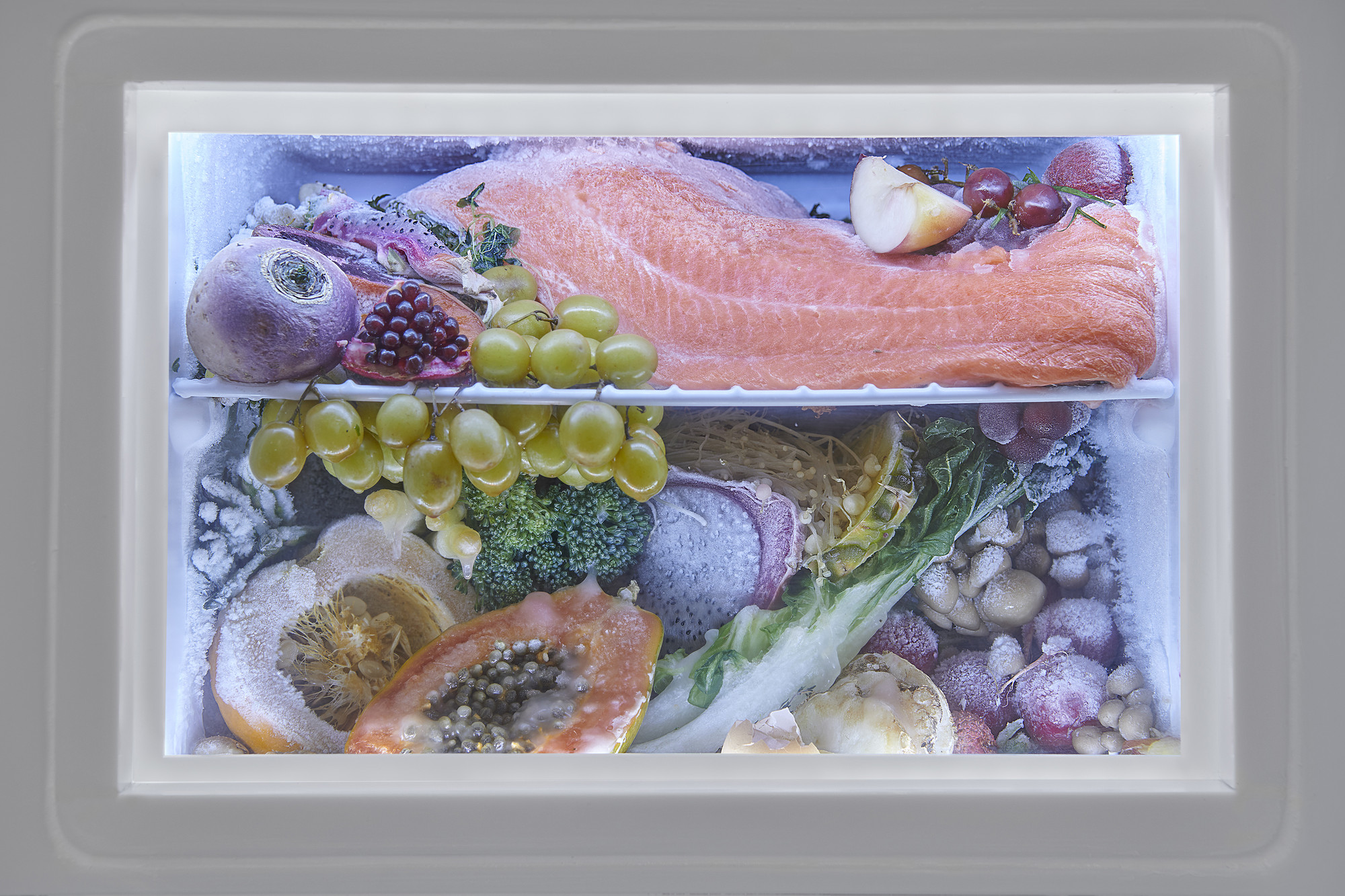 Untitled IV (from the series Rinascimento)

An artifact of our present moment abundant with nutrients from all over the planet, the lush and frozen tableau beyond the vitrine’s window recalls the vivid still life paintings of the Renaissance period, also referenced in the title in Italian. However, Villar Rojas work points to a new post-Enlightenment renaissance, in which the natural and machine worlds are bound together to create new hybrid ecosystems in the face of ecological ruination. This subversive portrait of organic and yet precarious life forms is varied and spontaneous—a document of the present for the future.