Known for his critical and poetic digital artworks, Lozano-Hemmer incorporates a wide range of technologies in his practice, including artificial intelligence, robotics, interactive fountains, computerized surveillance, and mapped projections. Situated at the intersection of architecture and performance, his often participatory, public-facing works have been inspired by phantasmagoria and animatronic traditions. Through his installations, Lozano-Hemmer has examined social and political issues; literary histories; and natural, scientific, and physiological phenomena.

Lozano-Hemmer became the first artist to officially represent Mexico at the Venice Biennale in 2007. His work can be found in the collections of the Museum of Modern Art, New York; the Hirshhorn Museum and Sculpture Garden, Washington, D.C.; the San Francisco Museum of Modern Art; the Musée des Beaux Arts de Montréal; Fundación Jumex Arte Contemporáneo, Mexico City; Amore Pacific Museum of Art, Seoul; Tate, London; and many other international institutions.

In 2021, Lozano-Hemmer was the subject of numerous solo exhibitions at museums across the US, including the Brooklyn Museum in New York; the San Francisco Museum of Modern Art; and the Kemper Museum of Contemporary Art in Kansas City. Among his recent public projects are Border Tuner (2019), a large-scale, participatory installation connecting the cities of El Paso, Texas, and Ciudad Juárez, Chihuahua through bridges of light and sound, and Speaking Willow (2020), a sound sculpture in the shape of a weeping willow tree installed at the entrance of the Planet Word Museum in Washington, D.C.

In his forthcoming exhibition with Pace in New York, the artist will showcase three new installations that honor ephemerality as a salient aspect of the human condition: Pulse Topology (2021), Call on Water (2016), and Hormonium (2022).

Pulse Topology, which was presented at Art Basel 2022, is an immersive biometric artwork consisting of 3,000 suspended lightbulbs, each of which glimmers to the heartbeat of a different participant from the past. Pulse sensors detect and record new heartbeats, which replace the oldest ones, creating a memento mori. The piece was inspired by the Mexican classic movie Macario, in which the protagonist has a hunger-induced hallucination that shows each person on the planet represented by a frail, flickering candle.

A fountain work titled Call on Water features words from poems by Mexican writer Octavio Paz, rendered in water vapor in mid-air. Disappearing a few moments after they are composed, the airborne verses explore the lyrical and tangible qualities of the atmosphere. Call on Water utilizes hundreds of computer-controlled ultrasonic atomizers to produce legible wisps of pure, cold water vapor that answer Paz's calls for "a fountain to read" and "breathable poetry."

Hormonium, a screen-based, generative artwork, will make its North American debut in this exhibition. The work depicts crashing ocean waves releasing airborne particles of text, which serve as acronyms for human hormones. Hormonium runs on circadian, ultradian, and infradian rhythms, all of which impact the levels of different hormones in the human body. For example, the work shows more adrenalin during the day and more melatonin at night, as well as insulin spikes three times a day during meals. The work also ages over the course of a 90-year cycle, reflecting decreases in levels of aldosterone, calcitonin, GH, and renin, and a rise in cortisol. In this way, Hormonium attempts to visualize the cyclical and complex nature of chronobiology.

In advance of his exhibition at Pace, Lozano-Hemmer will open Listening Forest, a mid-career retrospective of his larger outdoor works, on the grounds of the North Forest at the Crystal Bridges Museum of American Art in Bentonville, Arkansas, on view from August 31, 2022 to January 1, 2023. 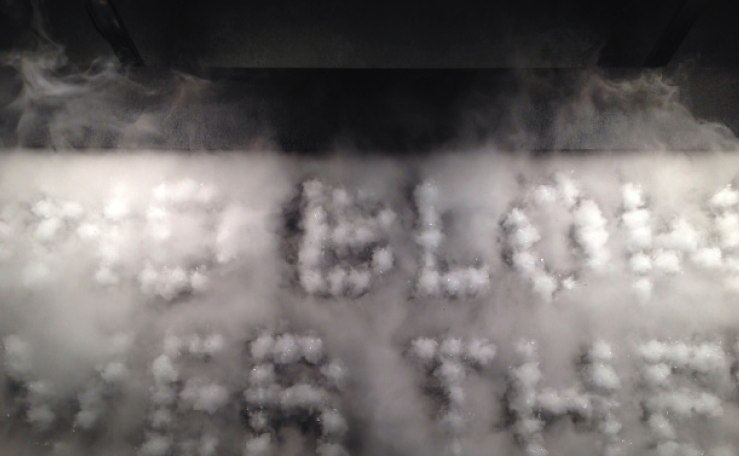 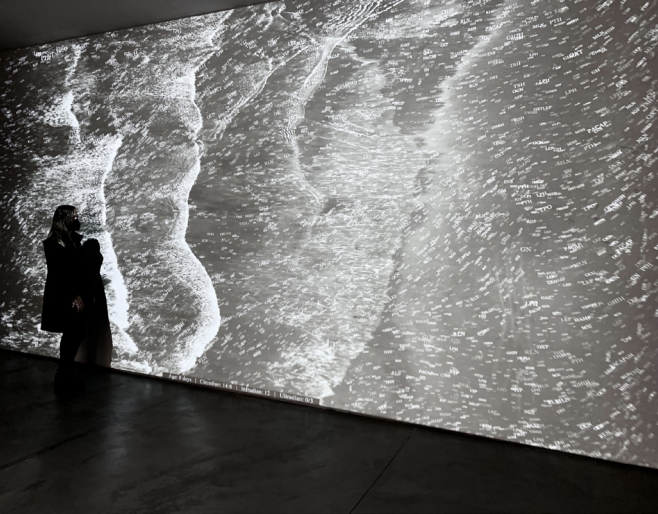 Rafael Lozano-Hemmer is a media artist with a degree in Physical Chemistry and a long-standing career of collaboration with artists, philosophers, activists, and scientists. Antimodular Research, his Montreal-based studio established in 2003, comprises a diverse staff of 24 full-time developers from seven countries, including architects, programmers, artists, scientists, historians, and musicians.