Bridge (Raise Your Voice in Silence)

Pace is pleased to detail Glenn Kaino’s first solo exhibition with the gallery since he joined the program in 2021. This show will spotlight a single large-scale installation that reflects Kaino’s decade-long collaboration with Olympic track and field athlete Tommie Smith.

The exhibition, coinciding with Frieze New York, will mark Kaino’s first solo show in the city since 2003, and it will highlight the artist’s boundary-pushing and rigorous investigations into art’s potential to catalyze change. Kaino has explored issues related to equity, climate change, and other urgent topics in his paintings, sculptures, monumental public artworks, installations, and films. His art often examines the ways that empathy and subjectivity can help dismantle oppressive power structures and affect real change.

Known for his multidisciplinary, activist-minded practice, Kaino’s work incorporates disparate ideas, systems, media, and art historical points of reference, with a focus on social justice and dialogue. In his first exhibition with Pace, the artist will present the sculpture Bridge (Raise Your Voice in Silence) (2021) suspended from the gallery’s ceiling. The work features a series of repeating casts of Smith’s arm, immortalizing his storied human rights salute after winning the gold medal in the 200-meter men’s race at the 1968 Olympic Games. Immersive and rhythmic, this 50-foot-long installation speaks to the enduring impact of the Olympian’s historic protest, which has reverberated through time and space, while proposing a physical and metaphorical path forward. Drawing connections between activism and protest movements of the past and present, Bridge (Raise Your Voice in Silence) exemplifies Kaino’s commitment to collaboration and his belief that cultural production can inspire progressive change in the current moment.

“I think one of the most important roles of an artist is to imagine new futures, to think about what we can become as a society and to use their work to inspire change,” Kaino said in a 2021 interview with Smithsonian American Art curator Sarah Newman. Bridge (2013-14), the first and largest-scale work from the series, will go on view at the Smithsonian American Art Museum in Washington, D.C. in 2023 as part of the institution’s permanent collection.

Smith’s achievements have been the subject of other works by Kaino, including the recent Pass the Baton NFT project, which launched in December 2021 and will comprise a total of 7,872 minted NFT batons at its completion. These batons pay homage to Smith’s athletic career and legacy—each of the aesthetically unique NFTs bears the names of prominent activists, advocates, and changemakers alongside Smith’s, with every name linking to a respective nonprofit organization focused on social justice. Facilitating a generative and enduring crypto-giving structure by directly funding activists and nonprofit organizations working towards systemic change in the US, the project reimagines the sustainability of philanthropy and harnesses blockchain technology for change. Partner organizations include Color of Change, the National Black Justice Coalition, the Advancement Project, the NAACP, Until Freedom, and the New Georgia Project, among others.

As part of Kaino’s exhibition at the gallery, Pace Live will present a one day, in-person event bringing together a community of musicians, artists, and spokespeople for Pass the Baton partner organizations. Set to take place at Pace’s New York gallery on May 20, Pass the Baton: A Gathering will present an opportunity for sharing experiences and creating new networks for social change.

Concurrently with Pace’s exhibition, Kaino, in partnership with The Atlantic and Superblue, has created and directed a large-scale, immersive show that will inspire audiences to reimagine their relationship to the natural world. Over the last year, Kaino has been working alongside an interdisciplinary collective of artists, musicians, tribal leaders, and environmentalists to produce this work, which is set to open in Los Angeles in May 2022. Kaino is the co-curator of the Hammer Museum’s forthcoming Pacific Standard Time exhibition Breath(e): Towards Climate and Social Justice, and Kaino’s newly commissioned public works for LA’s 6th Street Viaduct and MTA LAX Metro Connector will be unveiled in 2024 and 2025, respectively. 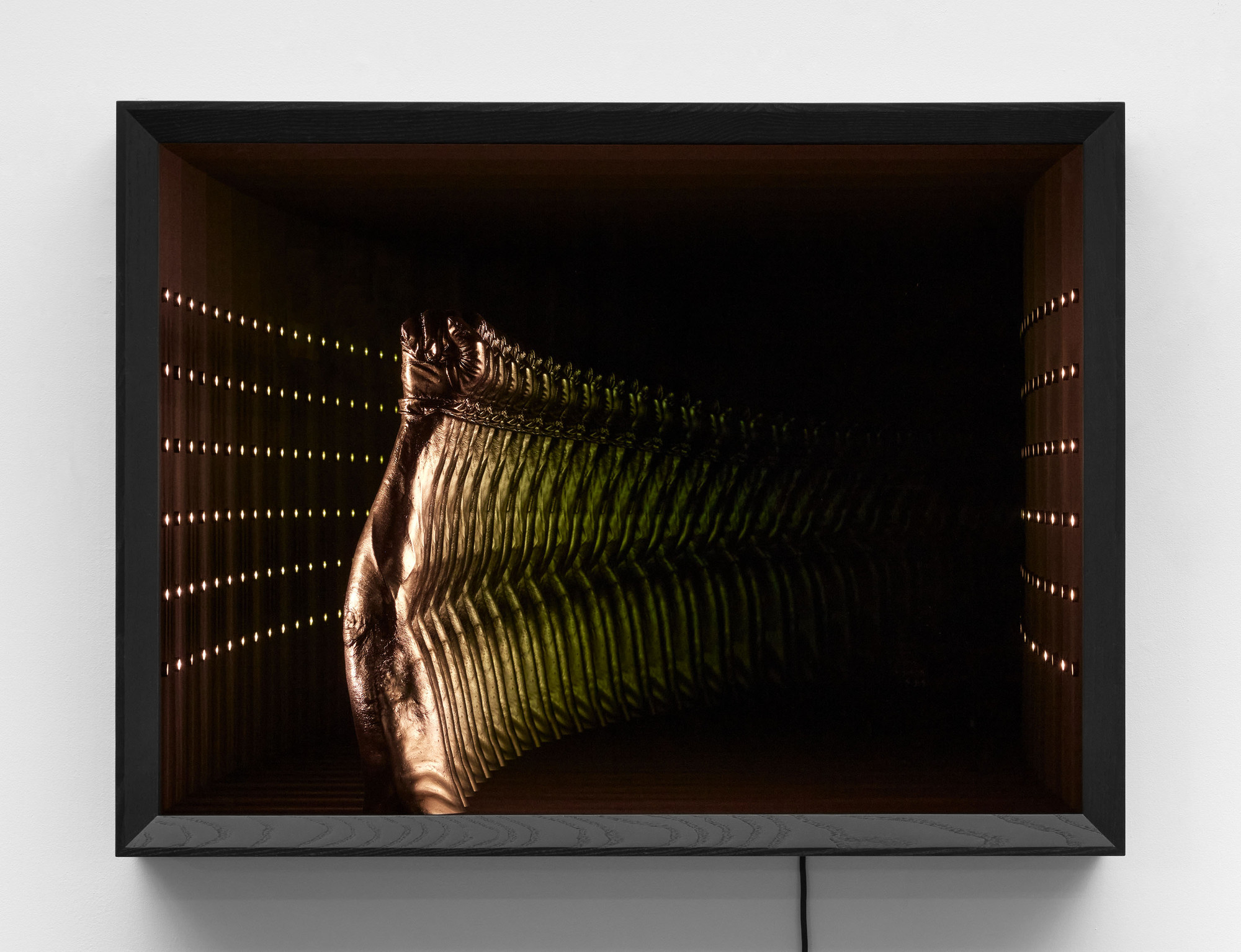