Nina Katchadourian’s Monument to the Unelected (2008/9 and ongoing), is a set of lawn signs created by the artist featuring the names of every candidate who ran for President of the United States and lost.

Nina Katchadourian: Monument to the Unelected

Monument to the Unelected: Insights from Nina Katchadourian

The piece has been exhibited during every presidential election cycle since 2008—both on public sites as well as in museums and galleries— and always spans the time both before and after the election. For the 2020 iteration of the work timed to the current election cycle, Monument to the Unelected is presented at eight sites across the United States, which are listed below this description. Working in conjunction with the participating institutions, Katchadourian identified local public sites where campaign signs are typically found—including residential lawns and spaces adjacent to urban buildings—blending Monument to the Unelected into public spaces at a time when presidential campaign signs become a common part of the landscape. This year, after the election results have been determined, the 59th losing candidate’s sign will be added to the group.

Katchadourian has invited eight first-time voters, one at each location where the work is being exhibited, to add the 59th sign to the installation. The event can be watched via a Zoom Webinar at 4 PM EST on Saturday, November 14, 2020. The event will be co-hosted by Pace Gallery, Catharine Clark Gallery, and all six of the presenting sites: Scottsdale Museum of Contemporary Art, Scottsdale, AZ; Grand Central Art Center, Santa Ana, CA; The Transformer Station, Cleveland, OH; moCa Cleveland, Cleveland, OH; Roots Community Health Center, Oakland, CA; Private home, Madison, WI (Abrahamson Family Trust).

Monument to the Unelected was originally commissioned by the Scottsdale Museum of Contemporary Art in 2008 for the museum’s 10th anniversary exhibition. Katchadourian visited Scottsdale and Phoenix during the run-up to the 2008 presidential race between Barack Obama and John McCain. The artist was struck by the proliferation of campaign signs that sprouted up on lawns, in vacant lots, and at busy intersections in what has historically been a swing state. “The signs struck me as a particularly American phenomenon, and one that was worthy of closer investigation,” Katchadourian said. “After an election, many of the losing candidates’ names become completely unfamiliar to us. An election sign always carries with it a political opinion, but paradoxically, Monument to the Unelected lets us consider us our collective political road not taken from a peculiarly non-partisan viewpoint.” 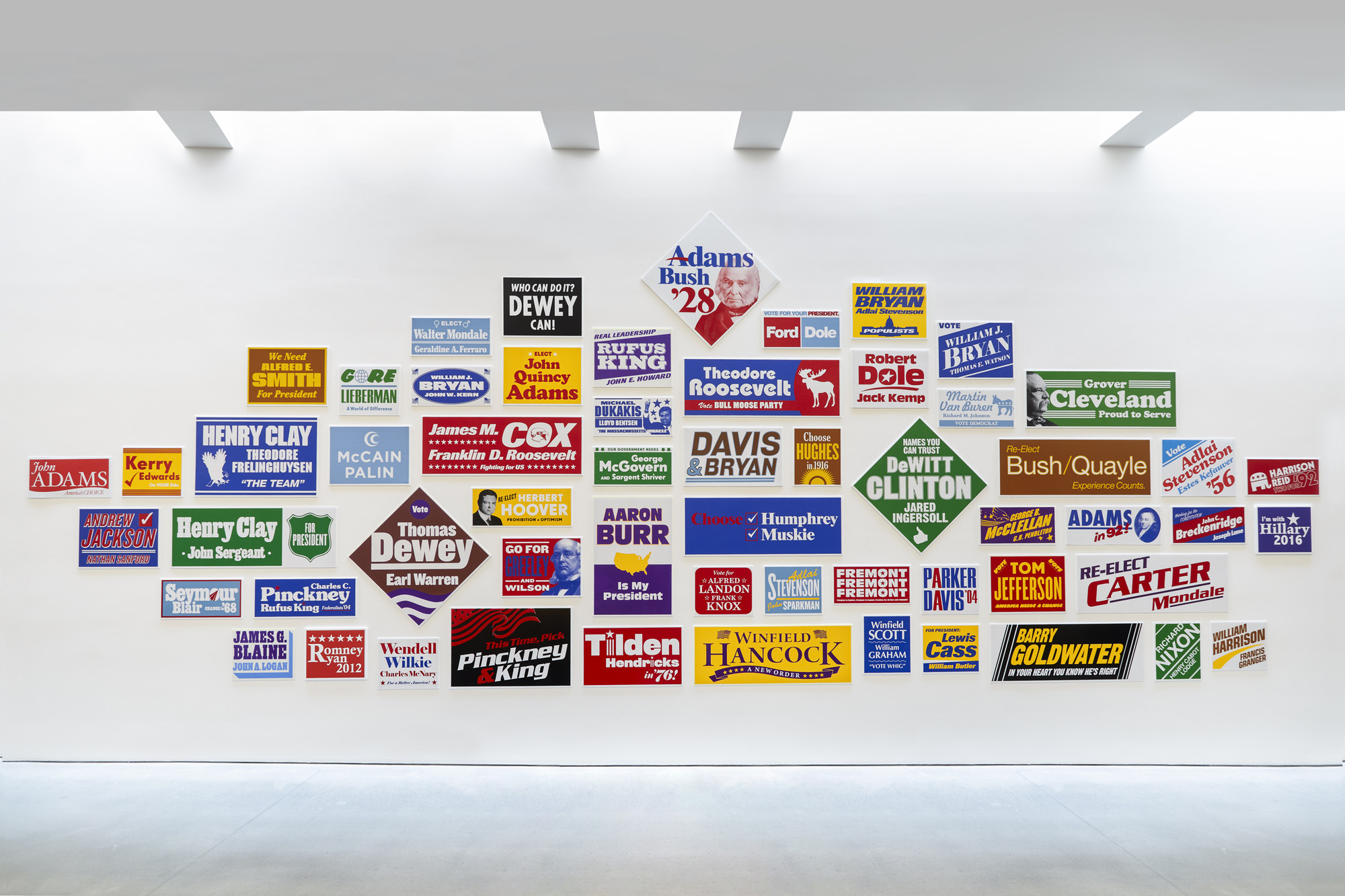