A Conversation on Peter Hujar

The panel discussion coincides with the exhibition Peter Hujar: Cruising Utopia, which explores Hujar’s intimate photographs of queer culture in New York from the late 1960s until the early 1980s—the era following Stonewall but before the outbreak of the AIDS epidemic. The exhibition juxtaposes iconic studio portraits of friends, lovers, and acquaintances, many of them fixtures of the downtown scene, with images that allude to the culture of cruising for sex in Manhattan’s crumbling West Side piers during the 1970s.

This online panel brings together a group of distinguished participants to address Hujar’s work and its impact on later generations of artists, with a particular focus on questions of intimacy, desire, kinship, and community at the intersection of photography, performance, and queer culture. The panel includes artists Nayland Blake, Every Ocean Hughes (f.k.a. Emily Roysdon), Paul Mpagi Sepuya, and art historian Abigail Solomon-Godeau, who will join writer Stephen Koch, a close friend of Hujar’s and Director of The Peter Hujar Archive, in a conversation moderated by Oliver Shultz, Curatorial Director at Pace Gallery.

Nayland Blake is an artist, writer, educator and curator. Born in New York City in 1960, they attended Bard College and then California Institute of the Arts. After receiving their MFA, they moved to San Francisco in 1984. They have had one-person exhibitions at the San Francisco Museum of Modern Art; University Art Museum, Berkeley; Contemporary Arts Museum, Houston, and the Tang Teaching Museum at Skidmore College and their works are in the permanent collections of The Museum of Modern Art, The Whitney Museum, Los Angeles Museum of Contemporary Art, the Brooklyn Museum, The Studio Museum in Harlem, and many others. They have authored numerous catalogue essays, as well as articles and interviews appearing in such publications as Artforum, Out, Interview, and Outlook. In 1995 they were co-curator, with Lawrence Rinder, of the landmark exhibition In A Different Light, at the University Art Museum, Berkeley, the first museum exhibition to examine the impact of Lesbian, Gay, Bisexual and Queer artists on contemporary art. In 2017 they curated Tag, Propositions on Queer Play and the Way Forward at the ICA Philadelphia. They are currently the founding chair of the ICP/Bard MFA program at the International Center for Photography in New York. Blake is represented by Anglim Gilbert Gallery in San Francisco, and Matthew Marks Gallery in New York. For more information about Blake’s work visit: http://naylandblake.net.

Every Ocean Hughes (f.k.a. Emily Roysdon) is an interdisciplinary artist and writer. Her recent projects take the form of performance, sculpture, photography, installation, print making, text, video, and curating. EOH has had solo exhibitions and new commissions at KW Institute for Contemporary Art, Berlin (2019); Tate Modern, London (2012 and 2017); Kunsthalle Lissabon, Lisbon (2017); Secession, Vienna (2015); PARTICIPANT Inc, New York (2015); Stedelijk Museum Amsterdam (2013–14); Portland Institute of Contemporary Art (2013–14); Art in General, New York (2011); The Kitchen, New York (2010); and the Berkeley Art Museum (2010). Her work has been featured in group exhibitions at The Institute of Contemporary Arts, London (2019); Museo Serralves, Porto, Portugal (2017); the 11th Gwangju Biennale, South Korea (2016); the Biennale of Sydney (2014); the Museum of Modern Art, New York (2014); the Whitney Biennial, New York (2010); amongst others. In 2013 she was a finalist for the Future Generation Art Prize, exhibiting in Kiev and at the 55th Venice Biennale. 2002-2006 she was editor and co-founder of LTTR, a queer feminist journal and artist collective. Amongst her many other collaborations include lyric writing for musicians The Knife, Colin Self, and JD Samson & MEN; costume design for the band Le Tigre, and choreographers Levi Gonzalez, Vanessa Anspaugh, Faye Driscoll. EOH is a 2019-2020 fellow at the Radcliffe Institute for Advanced Study at Harvard University.

Stephen Koch met Peter Hujar in 1965. Their acquaintance became a close friendship in 1972, and with Hujar’s death in 1987, he was left in charge of the photographer’s artistic estate. Since then, Koch has been the director of The Peter Hujar Archive, LLC.

Stephen Koch is a writer. In 2018, Harper’s magazine published “The Pictures,” his essay on his experience managing the posthumous career of his friend.

Koch is the author of two novels and many books of nonfiction on subjects ranging from Andy Warhol to the Second World War. After being chairman of the Creative Writing Division in the School of the Arts at Columbia, he wrote a classic text on writing, The Modern Library Writers' Workshop.

Paul Mpagi Sepuya (b. 1982, San Bernardino, CA) is a Los Angeles-based artist working in photography. His work is in the collections of The Museum of Modern Art, the Whitney and Guggenheim Museums, The Studio Museum in Harlem, The Getty Museum and MOCA Los Angeles, among others. His work has been reviewed in the New Yorker, the New York Times, Art in America, and he was featured on the cover of ARTFORUM’s March 2019 issue. Sepuya has been in recent exhibitions at the Whitney Museum, New York, Guggenheim Museum, New York, the Barbican Centre, London, the Getty Museum, Los Angeles. A survey of work from 2008 - 2018 was presented at CAM St. Louis and University of Houston Blaffer Art Museum, accompanied by a monograph published by CAM St. Louis and Aperture Foundation. He is Acting Associate Professor in Media Arts at the University of California San Diego. Website: Paulsepuya.com

Abigail Solomon-Godeau is Professor Emerita, Department of Art History, University of California, Santa Barbara and since 2010, lives and works in Paris. She is the author of Photography at the Dock: Essays on Photographic Histories, Institutions and Practices (1992); Male Trouble: A Crisis in Representation (1997); Chair à Canons: Photographie, discours, féminisme (2015); Photography After Photography: Gender, Genre and History (2017); She has written monographs on the Australian artist Rosemary Laing (2011) and the Austrian artist Birgit Jurgenssen (co-authored with Gabriele Schor, 2013). Her essays on photography, 18th and 19th century art, feminism and contemporary art have been widely anthologized and translated.

Oliver Shultz is Curatorial Director and Researcher at Pace. He received his Ph.D. in art history from Stanford University, where he was a Leslie and George Hume Graduate Fellow in the Arts. He was most recently a Curatorial Associate at MoMA PS1, where he was involved in organizing over twenty exhibitions, including Gina Beavers: The Life I Deserve (2019), the artist’s first solo museum show, and Carolee Schneemann: Kinetic Painting (2017–2018), her first comprehensive career retrospective. In 2017, Shultz’s research into the history of MoMA PS1 brought together more than 350 objects from The Museum of Modern Art Archives in the exhibition A BIT OF MATTER: The MoMA PS1 Archives, 1976–2000. Prior to working at PS1, Shultz was a Doris and Donald Fisher Curatorial Fellow in the Department of Painting and Sculpture at the San Francisco Museum of Modern Art. 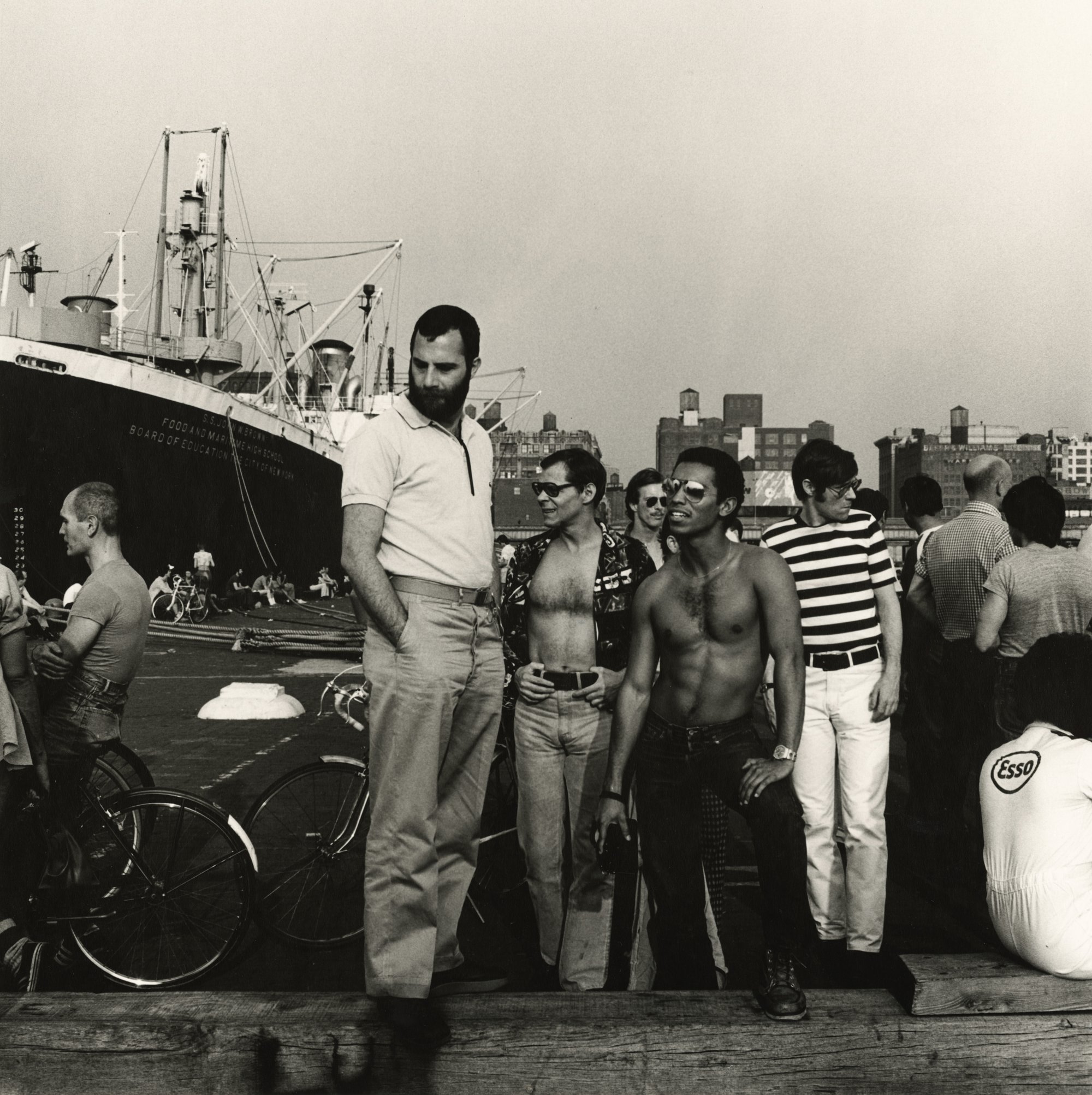