Up Close in the Land of the Giants

This essay is the introductory text to the book Jo Baer: Up Close in the Land of the Giants.

Once upon a time, from 1975 until 1982, I lived in a Norman castle in the Irish countryside. Naturally, as chatelaine of Smarmore Castle in County Louth, I exercised horses, and so became familiar with my neighborhood and neighbors. I also became familiar with those perspectives that are only possible for riders. One day in 1976, while on horseback and looking over a hedge, I became intrigued by a large, peculiar stone standing in one of the former fields of the demesne (the castle’s surrounding property).

In Ireland, standing stones and earth mounds are usually nothing to write home about—there are so many surrounded by sheep, crops, and tractors. Not far from my castle, a huge earth mound sits nonchalantly in the center of Drogheda, Ireland’s largest town. As a recent arrival, I had felt this promiscuous mix of the ancient with the mundane to be somewhat disconcerting, and so I found my own megalithic stone particularly curious and distinctive. Standing one and a half meters high, it had a perfect twenty- to twenty-five centimeter hole drilled in its approximate center. Upon asking the local postmistress what on earth this stone was, she explained that it was called the “Hurlstone” and told me “a Giant threw it there”—of course.

Still deeply heeled in the ground, my ancient monolith is two-faced. Polished on one side, like any quarried layer of flaked rock crystal, its reverse (southern) side is not as pleasing—it is exceedingly rough and pockmarked by weather, with a wonky “eye” hole. Differences matter: the polished side faces north, welcoming those looking upon it toward the south.

The stone’s siting is not straightforward. It has been given a slightly diagonal north-south setting in the field with a compass reading through the aperture of 175 degrees south. Following this diagonal line on the map, the sightline climbs over the hill and then (assuming missing satellite stone markers have been lost along the way to barns, houses, and roads) provides a track through the low hills and mountains straight down to Knowth—the largest and earliest of three enormous passage grave earth mounds on the River Boyne. Today, a squint through the front-drilled aperture lines up with a tree atop the first ridge of these mountains to the south. Chances are, it was the same view some five to six thousand years ago.

Thirty-five years later—fondly remembering my Irish days and still beguiled by a relic plump with portents—the stone and its raison d’être came to form both the subject matter and object of my series of six paintings entitled In the Land of the Giants. A mysterious rock as infrastructure for a body of work may seem a wee bit scant as a premise. Nonetheless, after spending five days back in Ireland and finding all sorts of singular connections, I returned home to Amsterdam with enough collateral material to double the number of paintings I originally planned to create.

Throughout this project, the glimpses of emergent, present-day social practices strewn about the Stone Age neighborhood were fascinating. Neolithic colonizers perpetuated their own histories through the forms of their dwellings and burial structures. And since reading about Göbekli Tepe, the archeological site in Anatolia, Turkey (dating back to the tenth to eighth millennium BCE), I found similarities to the Irish structures. My deeper study between the Turkish and Irish sites, among several others, involved an examination of the correlations with Orion’s Belt, a constellation shared by the people beneath it.

With pockets full I shall flesh out some of my findings. First, some of the subsequent painterly evolutions in descriptions of three paintings: Dawn, Dusk, and Time-Line. Second, an “interval” to further amplify and reveal additional information and meanings for the above. Third, descriptions of the remaining three paintings: Giants, Heraldry, and Royal Families. Fourth, “illuminations,” in which I put forward collateral bits and pieces of the latter three paintings, annotated at the end with a collection of analogs or “close-ups” on key aspects of my finds. And last, a conclusion setting out the significance of my fables.

Jo Baer: Up Close in the Land of the Giants 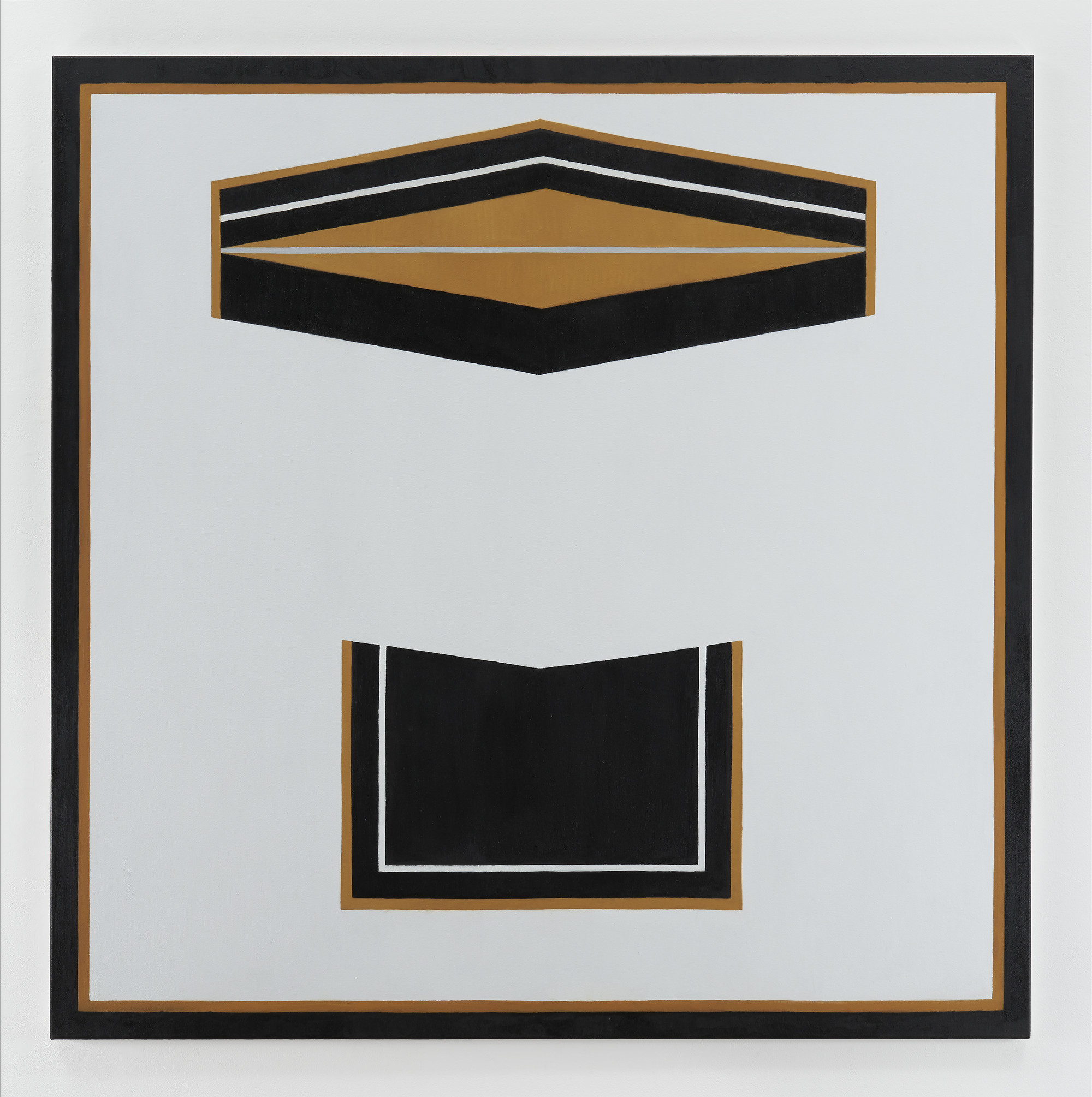