Interviewed by Osman Can Yerebakan

At Pace Gallery’s new and former spaces on 25th Street in New York City, two Richard Tuttle exhibitions are currently on view that partly bookend the half-century career of the “poet” of lines, colors, and textures. In order to understand fully a Tuttle who crafted the minimal drawings of bright watercolors and graphite lines in the 1970s in basis, 70s Drawings, one should also visit Days, Muses and Stars, an unexpectedly whimsical show dedicated to three recent series of abstract, plywood wall sculptures that he adorned with spray paint and everyday objects as diverse as buckets and plastic containers. These were made at his new Maine studio with a daily commitment that he explained to me by saying: “I disappeared for so many hours at my studio that my wife had to check in to see if I was okay.”

More than painting or sculpture, drawing prompts us to think about the intimacy of the process. We approach the paper to trace the artist’s gestures and become familiar with the movement of the hand. Are you invested in conveying dramatic and evident gestures knowing that your viewer is in close proximity with the work?

One of our jobs as artists is to span polarities that cannot be spanned in the world. There is a polarity between handwriting—or mark-making—and “not.” I remember being in third grade and feeling desperate that there were only two ways to make a line: proper or scrubby. There is Henri Matisse’s line where you have this one line or you have a sort of scrubby line. There are a few recent drawings where I feel I actually did crack that and made a completely new, third kind of line, drawing from the inside out. Most lines—or if you want to say mark-makings—happen from the outside in. A flower or something similar always comes from the outside into the world onto paper, and I think that turned me off when I was a kid. I find drawing extremely important because you can have anything you can draw as yours—it’s everyone’s.

You need minimum materials to draw, just paper and pen.

I want to expand that idea. I was on a panel at the Morgan Library and Museum about drawing; I had just flown in and was sitting in a seat where I could watch the flight attendants. I could tell they had gone through rigorous training, and they could manually operate in a specific space. That training recalled my drawing experience in terms of an opening up of the senses. There’s air in this room, and it would be an excellent way to draw from the inside out. I want to draw that line along the floor, with shades, colors, and the tensions between my position or your position. I’d probably use what I call the scrubbing line!

Because your process is so manual and instinctive, how do you see the difference between drawing and craft?

I’m a great fan of pottery because it shows us something important about art where the art object can transfer something onto consciousness that, then, becomes a part of another consciousness, and you can walk away with a richer consciousness. A potter tries to make the best pot possible before handing it over to a painter who tries to paint it as excellently as possible. The potter and the painter mutually think about each other’s potentials. In “Ode to a Grecian Urn,” John Keats writes, “Beauty is truth, truth beauty,—that is all / Ye know on earth, and all ye need to know.” That’s the highest level of beauty humans can achieve. If you look at the pot or the drawing, they are not perfect at all; but when the fusing of the pot and the mind of the viewer come together, it achieves this perfection.

Could you walk me through some of the moments when you drew these lines currently on display?

basis25 (early 1970s), I remember, started with a graphite line, a question of taking a brush loaded with green color and going over it. One of the results that I’m seeing here with you is that the brush starts out delivering a lot of pigment, then it lightens up, and ends with another pile of pigment. You have a surprise where the green lightens up. You can see the pencil line stronger. I was up in Maine this weekend, walking in the woods, and I could bring that green to my mind.

Your eyes are the same green!

There are two kinds of artists: one who can use green and one who cannot.

Couldn’t we say the same for yellow?

Yellow has ambiguity. It’s why you find it in a lot of older art, because my feeling is that art serves our needs for our ambiguities and says to ambiguities that they’re okay. When I first came to New York City, everybody walked around very proudly making art that was anti-nature, and you’d get extra points for that; but I had found the object to be rejected, and I can’t reject the object. I love objects, and I learned so much from them and nature.

You mentioned your life in Maine. Do you seek direct influence from nature?

When I see something beautiful in nature, I would never think about painting that, because I know the replica would never be as good. This is sort of a little joke, but the only thing I would replicate is the structural line underneath the green in basis25. It’s so simple, but there’s no other way to put something like this in the world except as it is in a drawing. And that’s my game. If I want something very much, I would rather you do it; but if I don’t see anybody else doing it, then I have to do it.

What do colors signify in terms of connecting with certain elements of nature, such as green and leaves and trees or blue and water? Do tangible phenomena find their reflection in certain colors in your lexicon?

I should say that I’ve discovered quite recently that I am born one hundred percent ambiguous about everything and ambivalent about nothing. I will say that my colors have nothing to do with nature.

basis30 (early 1970s) is a stack of different colors, a rainbow, which finds its strength in the colors’ diversity and potentials for different connotations.

This connects to something I can call polychromatic in my work. In the beginning of my career, this appeared more dramatically because I needed to have an idea for the material I drew. I think I reached this point where it’s impossible to know. What you are actually looking at in this drawing might be ambiguous, but for me this drawing of matter is as real as somebody else drawing an apple. How can we live in this world where matter is fundamentally important to us and not know what it is? For this, I’m trying to find an art-based methodology, not a dried-up scientific analogy. So, as far as Richard Tuttle is concerned, that is a drawing of matter. I’m convinced that in the long run I’m going to battle, and I’m going to win.

The drawings are extremely subtle and modest in aesthetic and scale, but you’re showing them almost half a century later at Pace Gallery’s mega headquarters where the facade is made from volcanic stones and the interior architecture is built to elevate the art it contains. 8th Wood Slat(1974), which is a subtle intervention into the gallery space in the form of a thin piece of plywood, for example, stands out in this pristine environment.

In the last fifty years, the wall has stayed the same, but the floor has changed dramatically from wood and concrete. Floor was a psychological ground that you could step onto and make noise. With this show, I am more aware of time passing and polar opposites meeting on the same horizontal ground. People can enjoy the dissimilarity in the same unity; in the same exhibition, they can observe the unity and the disunity of things. 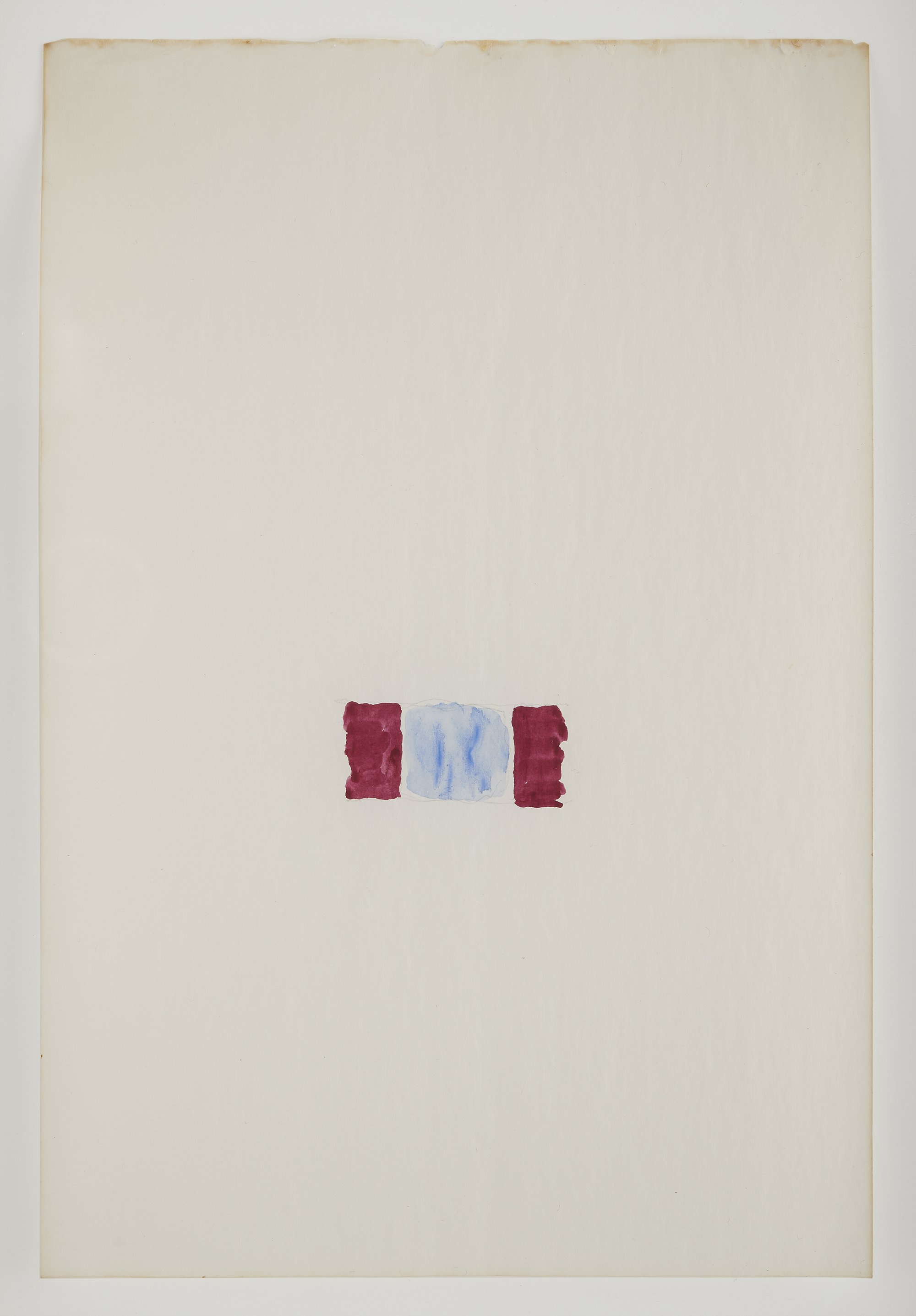 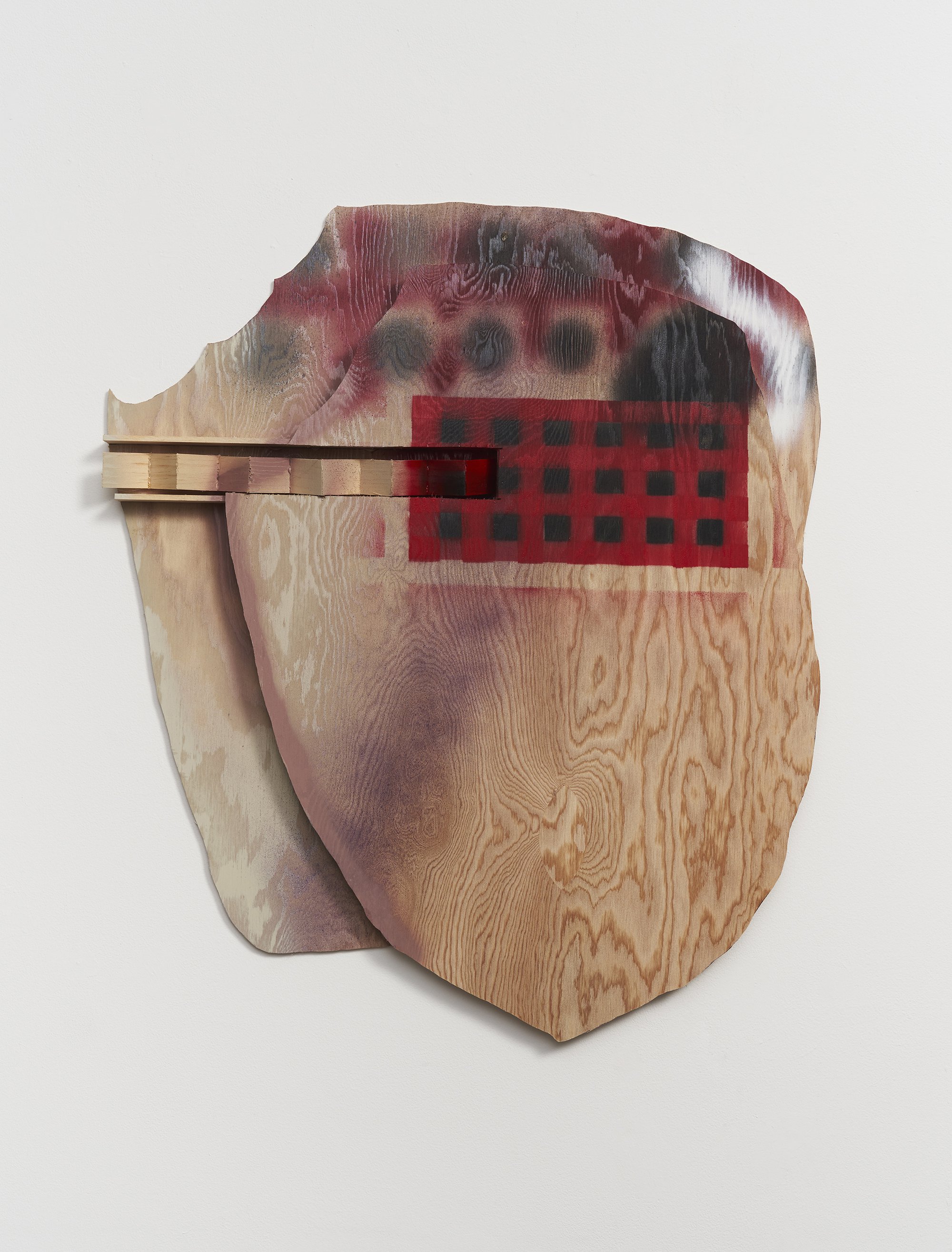