Diamonds, stripes, plaids, shapes, surfboards, and stripes again. Hopefully it will not seem too straightforward to point this out, but the examples of Kenneth Noland’s work brought together in Pace’s present exhibition Stripes/Plaids/Shapes originate from disparate decades and various compositional formats, yet they all feature straight lines, stripes, or bands. Though the artist’s initial breakthrough came with his circle paintings of the late 1950s, this gathering of canvases is exciting because it accentuates his most characteristic and befitting pictorial feature.

Simply put, a straight line is the shortest distance between two points, and so it is an appropriate autographic mark for an artist who always sought the most direct routes possible. Noland explained the utility of his repeated, flexible compositional formats in these very terms, pointing out that they were “the straightest and simplest and most direct way to get the formal problems out of the way.”[1] He consistently applied these same principles to every aspect of his practice by endeavoring to use his materials in the most essential manner possible, working without sketches or planning, and avoiding the encumbrance of entrenched ideas or conceptualizations. He pared away anything superfluous, aiming to place “the least amount of… something in between… the making of a picture and the result.”[2]

A cynical observer, hearing all of this and seeing the austere starkness of Noland’s paintings, might believe that his striving for directness facilitated ease or even laziness, but the effect was quite the opposite. The artist addressed this topic with a humorous sense of irony and paradox: “I, on purpose, reduce everything to the most minimum amount of work or effort as I possibly can, which is one hell of a struggle. Because I think at the same time that that’s going on, that there is this intensification that takes place.”[3] By keeping his compositional formats simple, Noland ensured that their implementation involved only a relatively small number of decisions, and since they were small in number those decisions were each left nakedly evident. Moreover, Noland typically worked with acrylic paint on unprimed canvas, making retractions or revisions almost impossible—he described this way of working as “one-shot painting.” Every single pictorial move had to be right, and so every single one came under intense pressure. 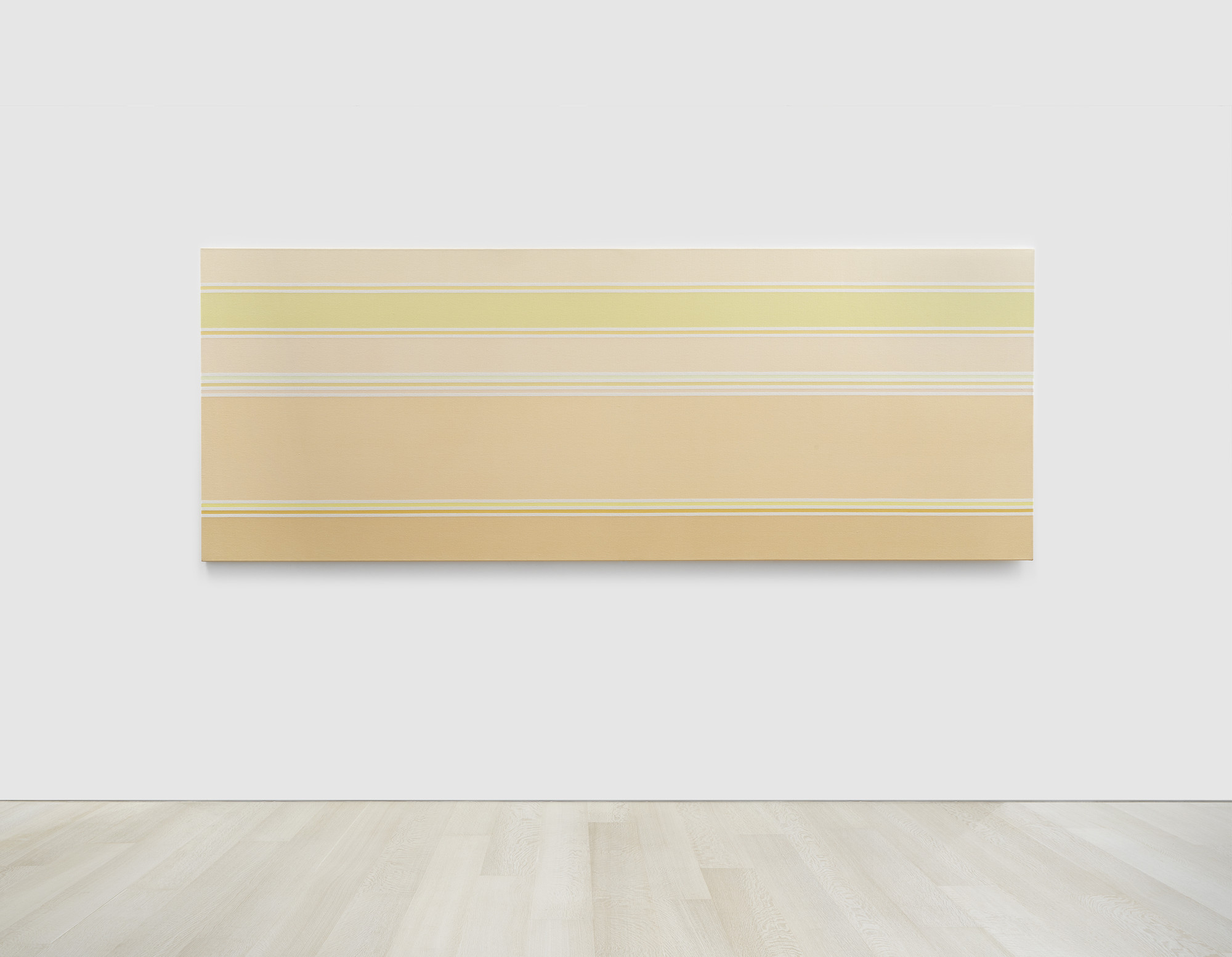 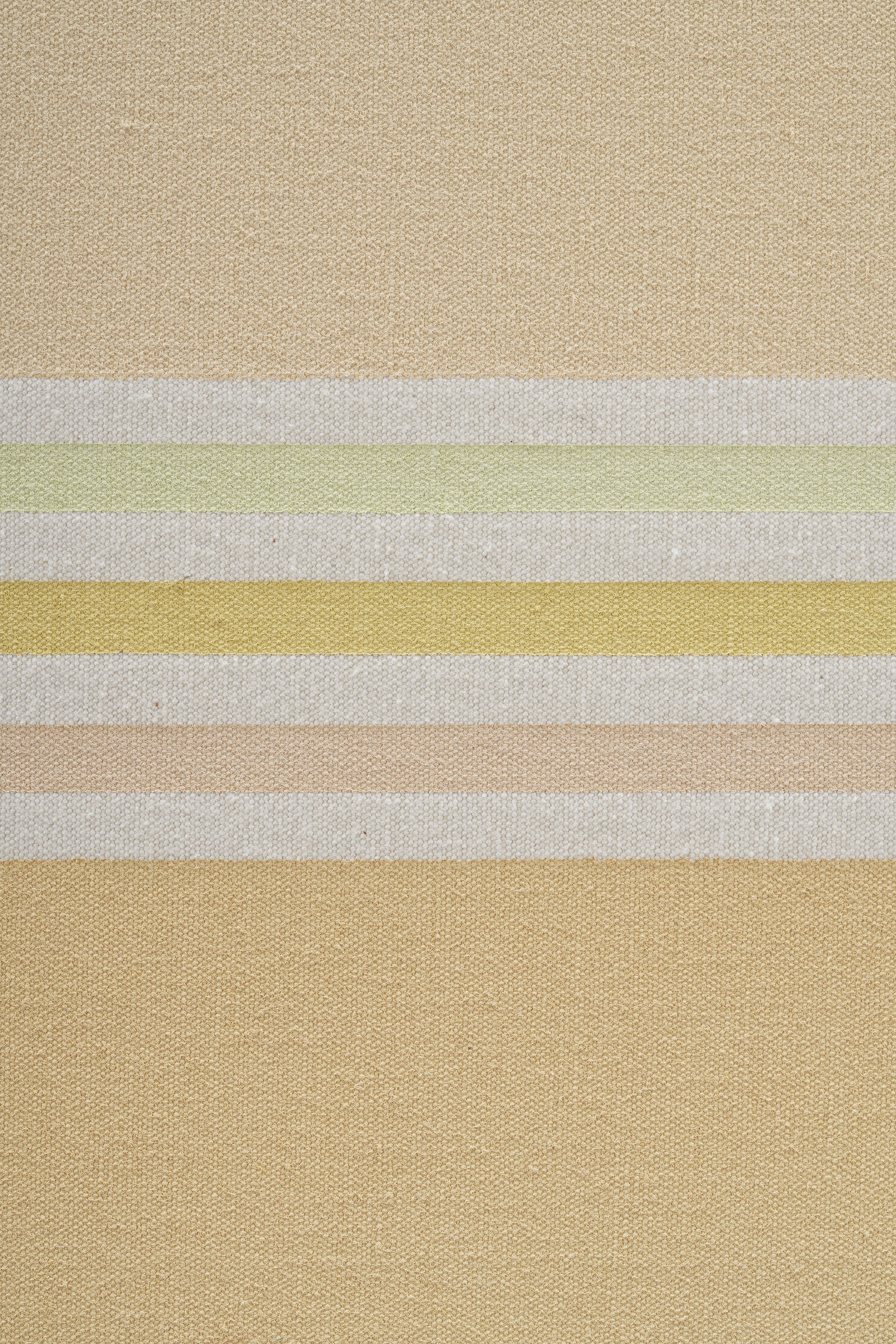 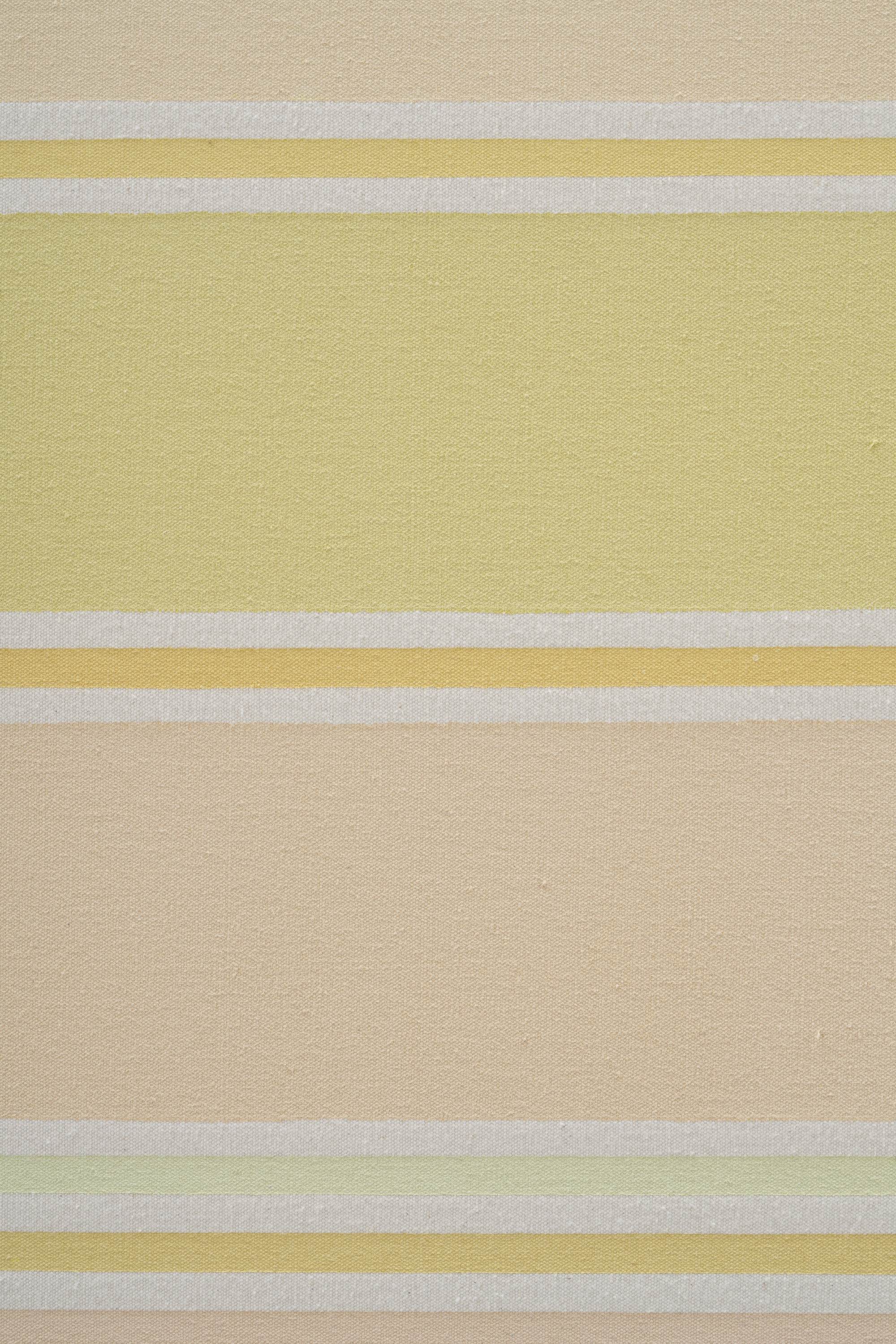 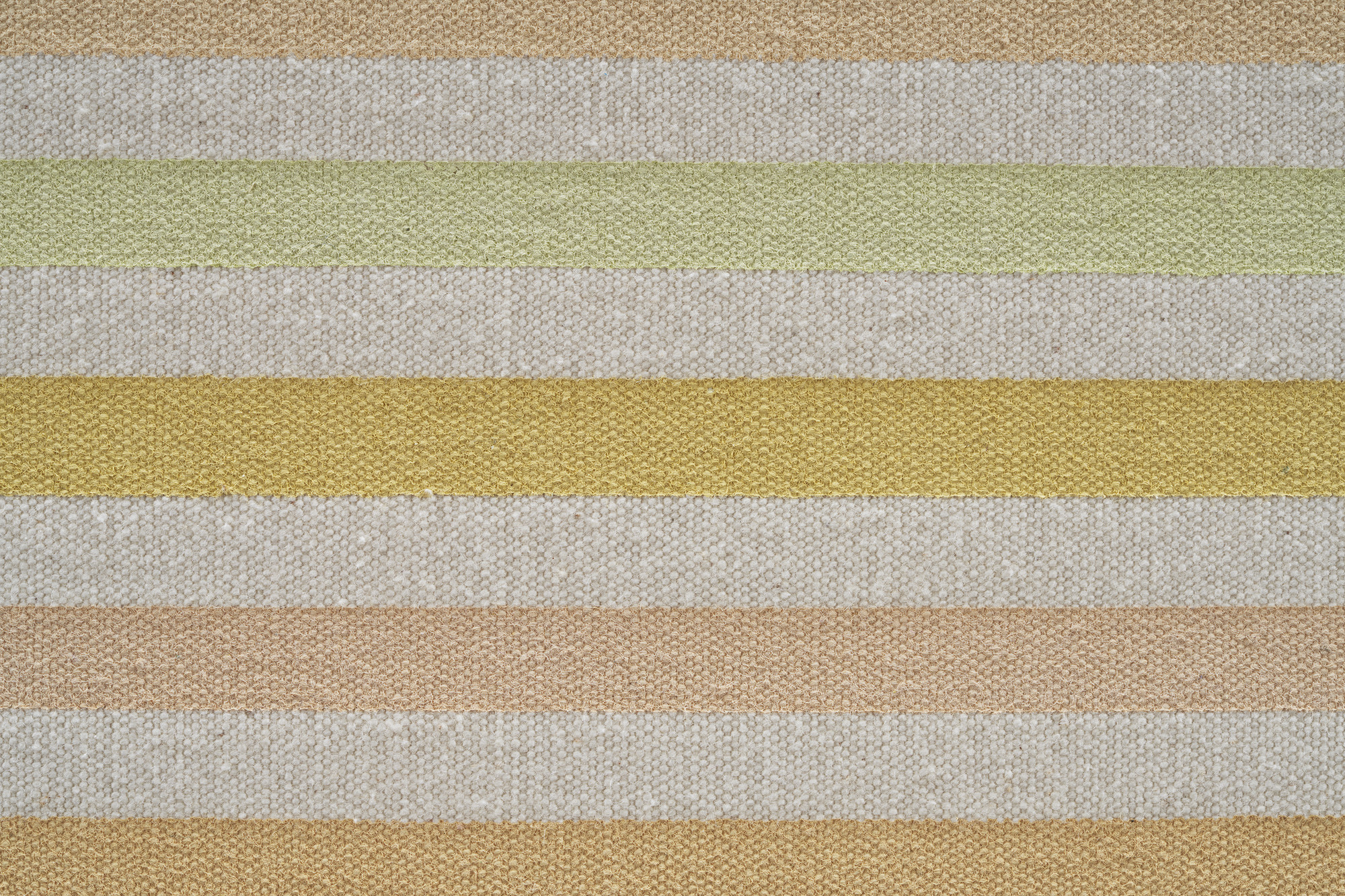 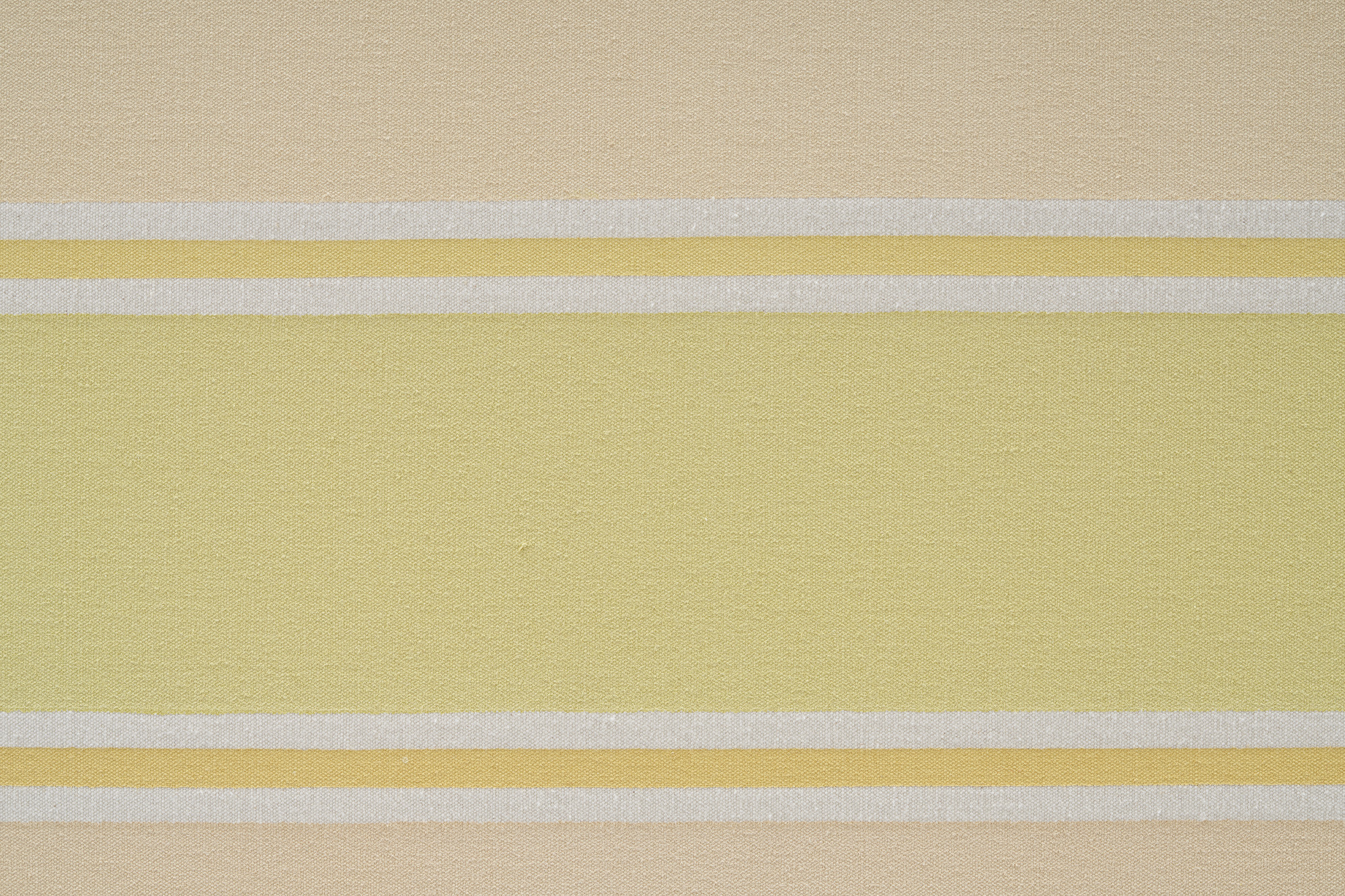 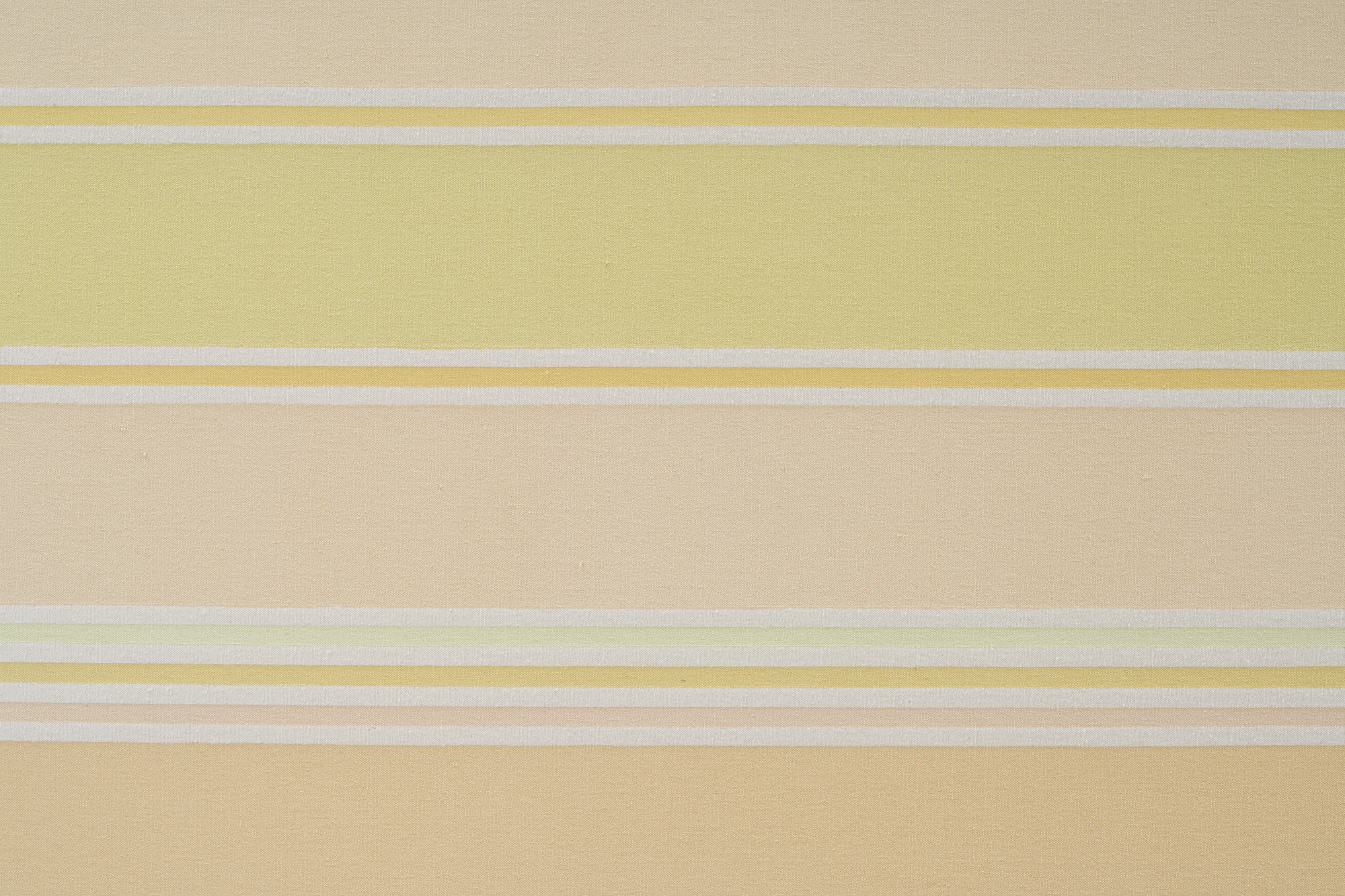 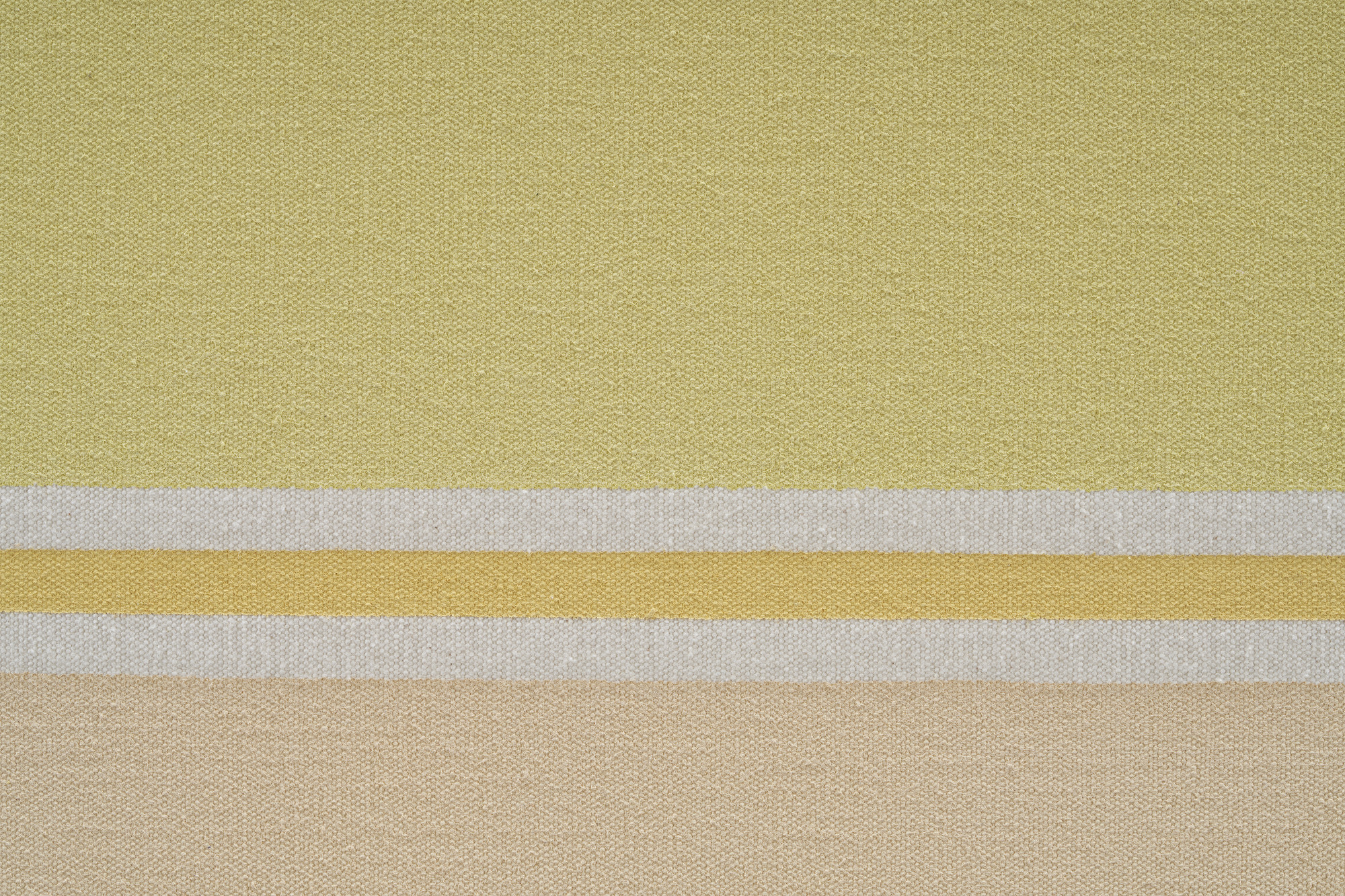 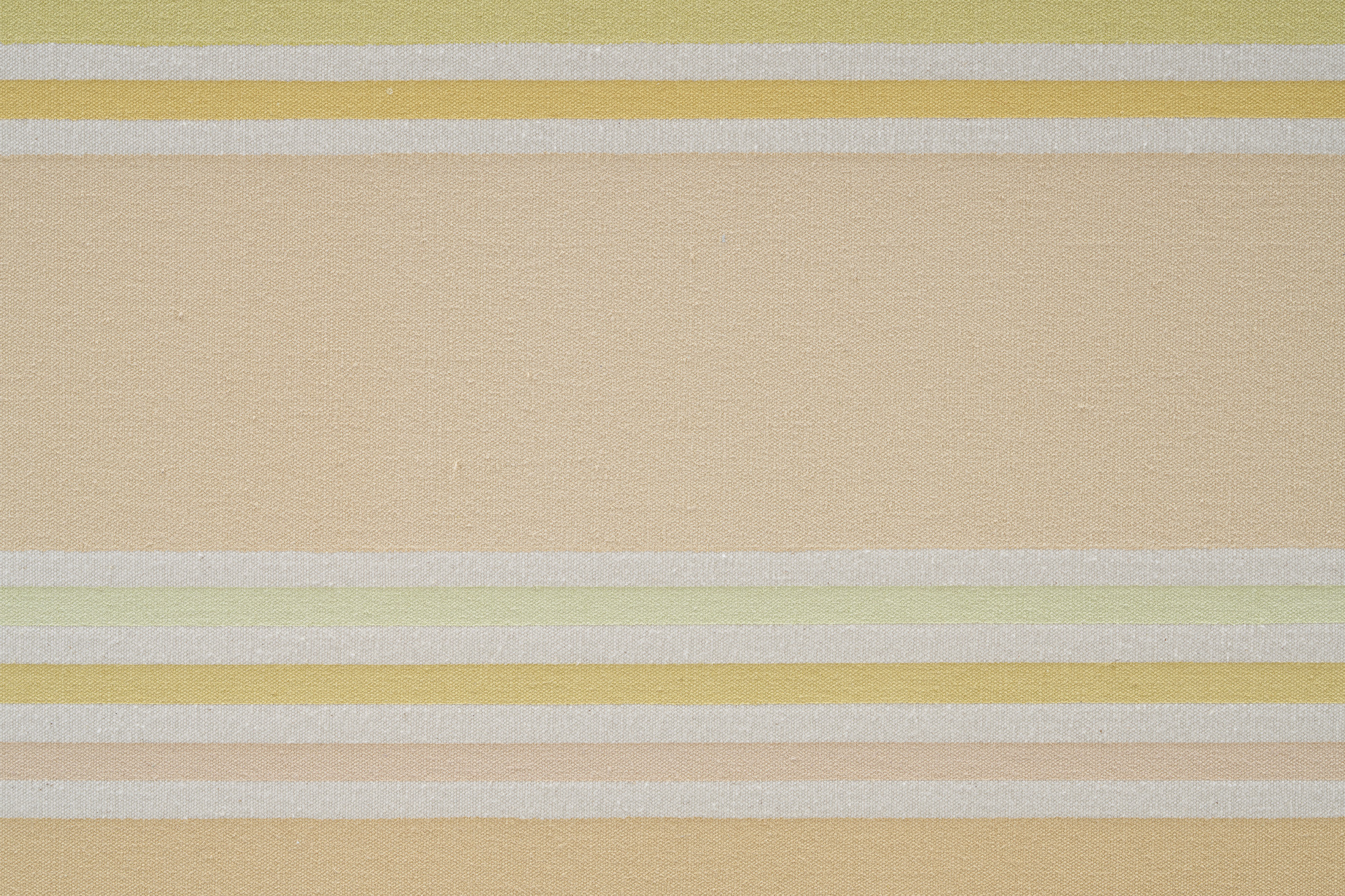 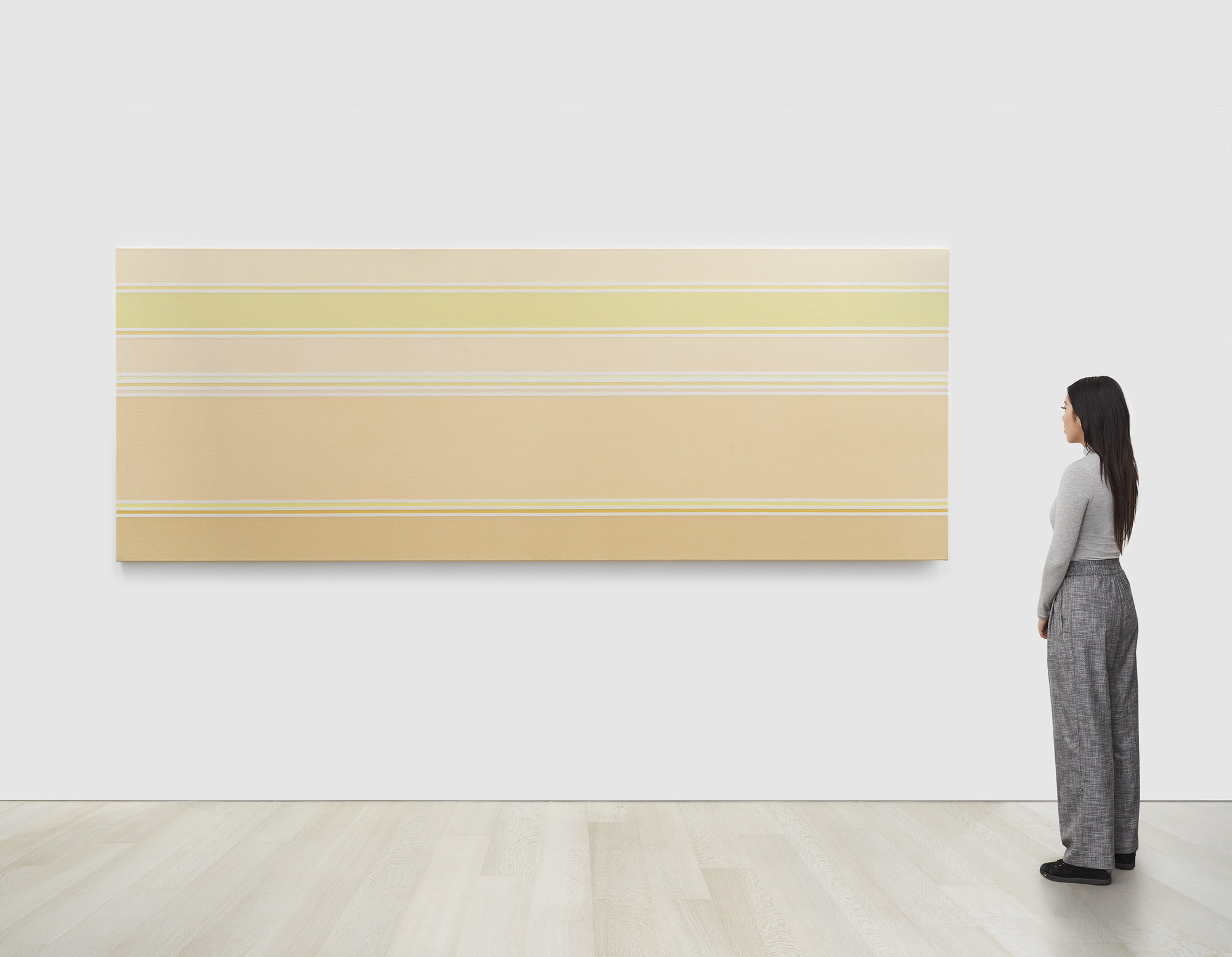 Noland heaped on yet more pressure by perpetually reevaluating every element of his work and refusing to settle into a signature style of painting. “I’ve found this necessary,” he said, “to avoid repeating a learned skill in a manipulative way.”[4] Ongoing change and innovation challenged his judgment and kept it sharp. Whenever one way of organizing pictorial space began to feel comfortable, it was time to invent another. To create his diamond paintings, Noland laid down large fields of colored bands on unstretched canvas and then cropped the final diamonds out of them. The stripes came about through a reconfiguration of that process, but he found it difficult to use either vertical or very thin stripes, as they too quickly prompted associations with everyday vision and were less insistently abstract. Incredibly, when Noland combined these two troublesome elements in the plaids, they neutralized each other. To retain a similar sense of abstraction and motivation while utilizing diagonals, he turned to the radically irregular forms of his shapes and surfboards, with bands of color hugging the edges rather than receding into open space. The artist’s work frequently diverged as he pursued other formats and even other media, but he continually returned to this progression.

Though in retrospect the course of Noland’s career may appear clear and coherent, he approached each interstitial period of searching with no preconceived understanding of what might come next. “I have to work things out by painting them,” he remarked, “I can’t just imagine what will happen. I have to do it and see it. That’s the only way I find out if it will go anywhere.”[5] Indeed, many paintings did not go anywhere. The artist destroyed some of these and kept others that functioned as instructive or compelling dead ends, terming them “oddballs.” Only Noland could determine the difference between an oddball and a fruitful new format, and he could only make that determination by continuing to work. As he noted, “Everybody seems to think, if you say you’re intuitive rather than intellectual, about, say, painting, that this is somehow a matter of luck, but actually all intuitive really means is that working is based on accumulated experience. If you’re intuitive, you’re probably more accurate than you could be if you were trying to decide mentally, because deciding mentally, you’re apt to guess more than if you know what you’re about.”[6] When he arrived at his stripe paintings, for example, he described them as “the payoff” from years of experimentation and maturation.[7]

Lines, bands, and stripes function so effectively in Noland’s paintings because they allowed him to maintain the working conditions that he valued most. In any given painting, his placement of a stripe extending from one edge of the canvas to the other required only two decisions: its position and its thickness. His managing of these two aspects alone allowed for a wonderful versatility of rhythm—a sequence of stripes could be fast or slow, regular or uneven, tightly abutting or spaced apart, and all of these qualities could be carefully controlled with the directness that he prized. This same versatility allowed Noland to continue working with lines, bands, and stripes over time and across formats. Through them, he could accumulate experience without becoming comfortable or complacent. In each successive painting, his deployment of these elements had to at once provide an armature for intricate color relationships, justify the scale of the canvas, and achieve a sense of total balance and coherence, all while remaining freshly and innovatively creative. Noland, with the strategic economy of a chess master and the improvisational flourish of a jazz musician, satisfied these conditions in just a few decisive moves. Rarely do trips straight from A to B seem so full of nuance and completeness.