Titled Block Universe (2021), the NFT is part of an augmented reality work that figured in DRIFT’s 2021 solo exhibition at Pace Gallery in New York.

DRIFT’s NFT comprises a one of one mp4 video file rendering of the AR work Block Universe with a soundscape by Diablo. A physical component of the work includes a handheld custom display showcasing the NFT in an infinite loop.

Block Universe reimagines the solar system in block formations. These minimalist forms forge formal connections to the artists’ Materialism sculptures, which meditate on the materials that makeup human bodies and the world around them. The AR piece and corresponding NFT engage with the block universe theory that suggests the past, present, and future occur simultaneously.

The artists have said that their use of blocks is part of “a visual language that we developed in order to be able to see deeper layers in our reality, to compare seemingly different objects and relate them back to their original state of being and place in the universe.” 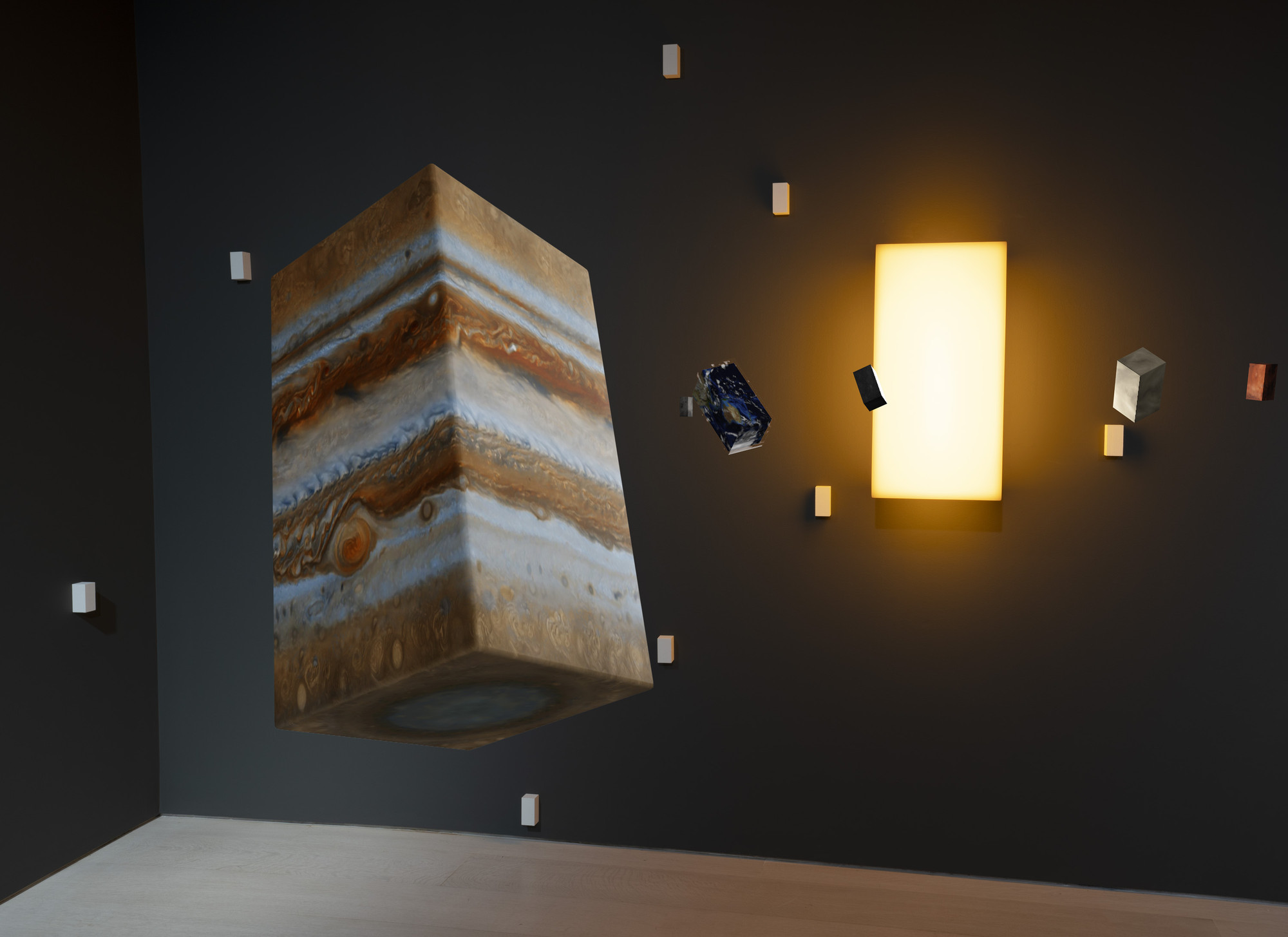 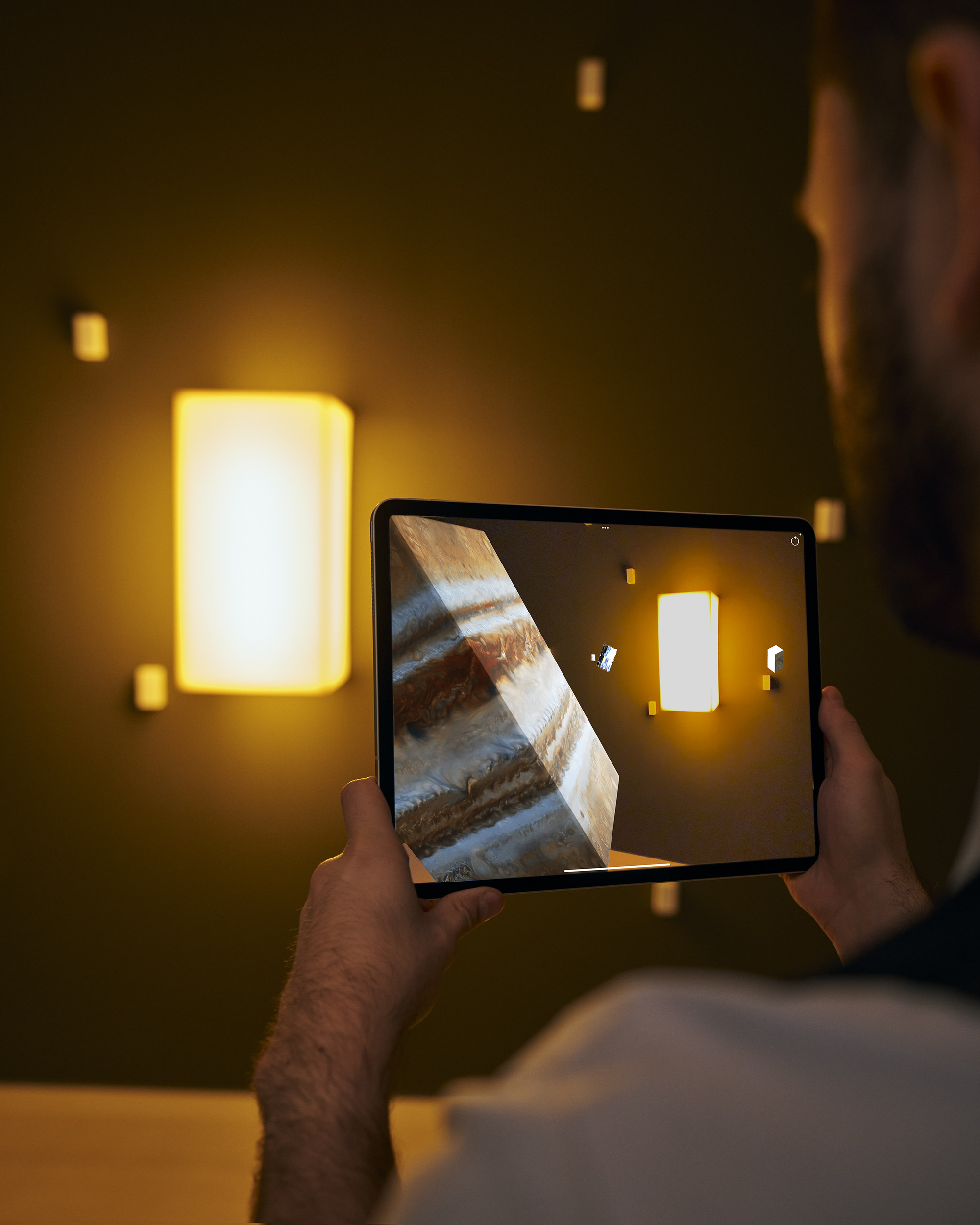 Dutch artists Lonneke Gordijn and Ralph Nauta founded DRIFT in 2007. With a multi-disciplinary team of 64, they work on experiential sculptures, installations and performances. DRIFT manifests the phenomena and hidden properties of nature with the use of technology in order to learn from the Earth’s underlying mechanisms and to re- establish our connection to it.