Painted in 1972, Still Life with Plums is an early example of Lichtenstein’s overt exploration of the history of painting, specifically the tradition of the vanitas, that would unfold in his work through the decade.

While Lichtenstein’s early works of the 1960s centered on pulp subject matter proper to a young American culture, with the present work the artist expands his interests to a time-honored artform of European origins. Since its blossoming as a genre in 16th century Europe, still life painting has offered a moment of quietude by focusing on a sliver of daily life—usually ephemerally beautiful and appetizing objects, such as fruits and flowers. It typically contrives such scenes as allegorical lessons on the passage of time and the dangers of vanity and indulgence. Lichtenstein’s attraction to still life is apposite, given Pop’s fascination with both the everyday and veneer of coveted objects. Nonetheless, it is the still life’s conventional role as a memento mori that gains a new layer of meaning when Lichtenstein reprises the genre in the early 1970s, at the very moment when painting was declared “dead” in light of the rise of performance, conceptual, and process art. A meta-vanitas, Still Life with Plums is a “painting about painting” that, rather than moralizing, ponders the viability of its medium only to reaffirm its resiliency by flaunting its enduring capacity for a self-aware analysis suffused with wit.

The work’s main point of interest, the titular plums, are rendered as two flat blue circles that appear to be magnified versions of the identically colored Ben-Day dots signifying a shadowy tabletop. In a reversal of hierarchies typical of Pop, the minute detail becomes as central as the work’s purported focal point. Additionally, a cluster of similar circles in between the size of the plums and the Ben-Day dots becomes distinguishable as grapes due only to this slight shift in scale and a marginally different hue: green. Through this deliberate rhyming, Lichtenstein reveals the gulf separating what we see from what pictorial conventions enable us to see. By the same token, he highlights the ease with which abstraction slips into representation and vice versa. If trompe l’oeil is a key subcategory of the still life, here Lichtenstein masterfully reverses the gears of such illusion. Rather than letting his viewers be engrossed by an image that might be confused with reality, he reveals, in a modernist tour de force, the mechanisms by which shapes, lines, and colors come together to construct such illusory representation. 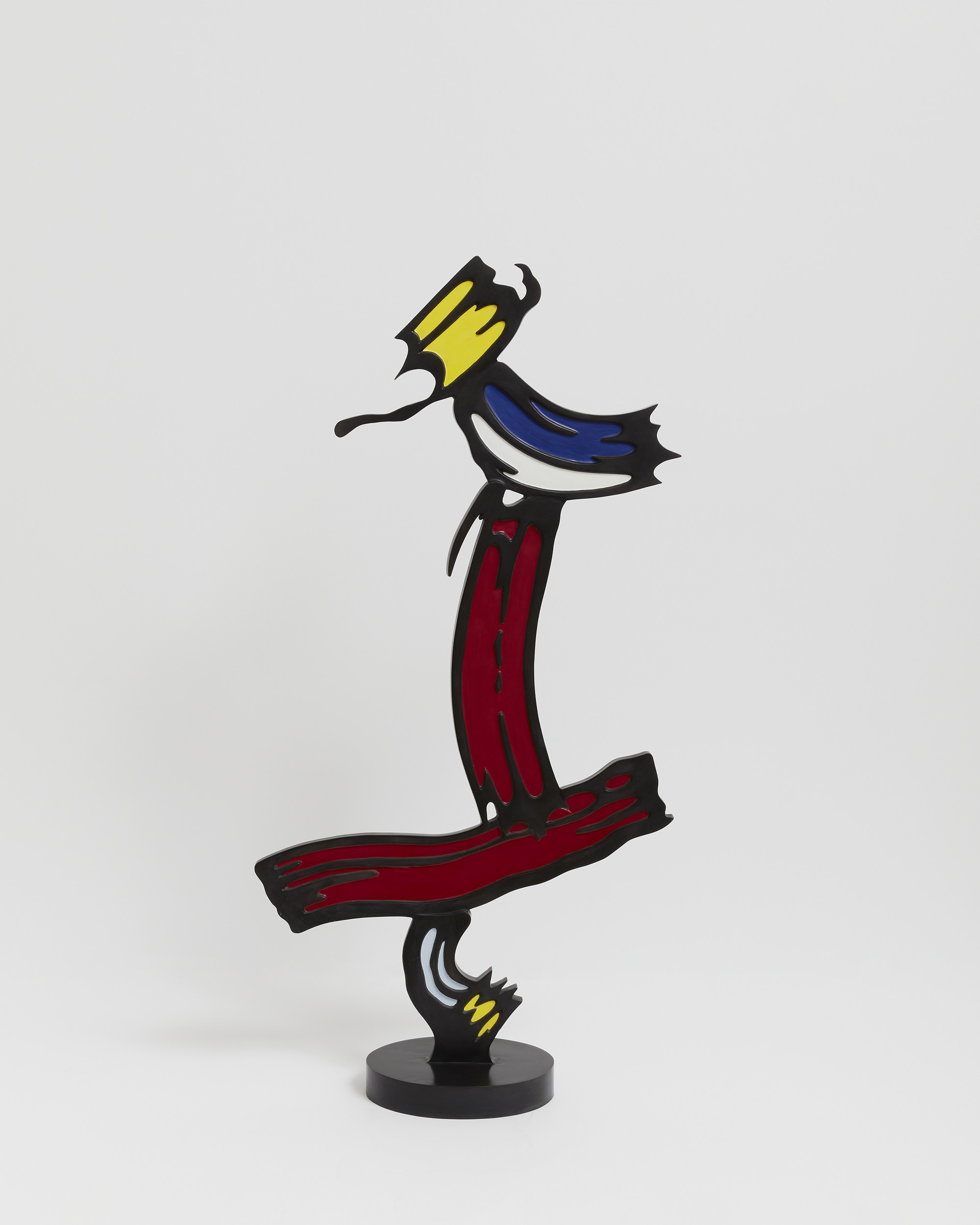