Pace is pleased to announce a two-person exhibition that juxtaposes works by the late photographer, painter, and sculptor William Christenberry, and the interdisciplinary artist, photographer, and Academy Award-nominated filmmaker RaMell Ross.

Organized by Ross in collaboration with the Christenberry family and on view from January 13 to February 25 at the gallery’s 510 West 25th Street space in New York, the show will shed light on the two artists’ distinct approaches to creating a portrait of a place: Hale County, Alabama.

Reflecting distinct artistic visions and historical contexts, works by Christenberry and Ross employ radically different modes of engagement with the spirit of Hale County, yet both artists deal directly with the racial violence embedded in its history. Ross’s photographs serve as lush, tender portraits of Black life in the American South, while Christenberry’s beautifully composed yet largely unpeopled images focus on the region’s changing landscape over time. Ross began his photography practice while employed as a social worker in Hale County. His work has been deeply influenced by that of Christenberry, whose childhood in Hale County and encounters with the Ku Klux Klan had a profound impact on his practice. Exhibited in dialogue with one another, the artists’ works grapple with the beauty of everyday life over and against the legacy of white supremacist terrorism that has shaped the history of both Hale County and the United States itself.

In contrast to Ross’s focus on the daily lives of Black Americans in Hale County, Christenberry’s photographs are conspicuously devoid of people. Christenberry’s enthralling images of decaying structures overgrown with kudzu speak to the weight of history and the passage of time, but they also offer an intimate portrait of a place. Pace’s exhibition will highlight Christenberry’s Green Warehouse series of 21 photographs of the same idiosyncratic building, captured over the course of 30 years, from 1973 to 2004. A semi-abstract painting of the green warehouse, created by the artist in 2001 in dialogue with his series of photographs, will also be on view. Christenberry photographed the warehouse, an enduring subject in his work across mediums, during annual trips to Hale County. Christenberry once said of the building: “...I can't really express the excitement of finding a subject and the sense of wonderment when you see that for the first time. Or find it one time, go back the next year and look at it again, and see it differently.” The exhibition includes other iconic photographs of built structures by Christenberry that similarly reflect the artist’s rigorous and durational approach to image-making, including Palmist Building (Winter), Havana Junction, Alabama, 1981; House and Car, near Akron, Alabama, 1981; and Red Building in Forest, Hale County, Alabama, 1974–2004.

The exhibition will include Ross’s photographic works Caspera (2019), Yellow (2013), and Kool See Mountain (2019), which depict figures amid the landscape of Hale County and function as counterpoints to Christenberry’s images. In Man (2019), also on view, a small child situates his body between the tire and fender of a blue car, gazing at the viewer from this curved crevice. These works relate to the artist’s critically acclaimed 2018 documentary Hale County This Morning, This Evening, which chronicles the everyday lives of Black Americans in Hale County. Ross wrote in 2015, “I’m for an art that tries to erase the horizon. With my 4×5 camera upright, swinging the three-leg, glass-nosed puppet into position, I daydream about a postmodern South, of melanin liberation and a less profit- centered humanity.”

The exhibition will also feature a selection of Christenberry’s sculptural works from his Dream Buildings series— mysterious, imposing structures forged in wood, metal, white paint, and encaustic. Speaking of these works, Christenberry once recalled, “I dreamed I was on a winding, back country Alabama road and, as I came around a curve, there before me was a building with no windows and no doors. The building had an unbelievably pitched roof. The walls were covered with these outdoor advertising signs that I love. I got up the next morning and the dream was as clear as a bell.” A sculptural rendition of Green Warehouse, 1995 will also be on view—this work is installed on a bed of Hale County’s famous red soil, which Christenberry routinely collected and referred to as “red earth.”

Ross, inspired by Christenberry’s use of “red earth,” also collects soil from Hale County as part of his practice. In his Earth, Dirt, Soil, Land series, the artist displays this material in variously shaped glass cases, including triangular memorial flag cases. One such work in Pace’s upcoming show—Earth, Dirt, Soil, Land; Light in the Attic (2021)— incorporates a Shel Silverstein illustration of a figure, which Ross has modified using brown crayon. With these dynamic sculptures, Ross meditates on histories inextricable from Hale County’s terrain and examines his own relationship to enactments of violence and resiliency, hate and love in the American South.

In addition, this presentation will feature Ross’s sculptural and performance work Return to Origin. For this piece, Ross draws on the history of 19th century abolitionist Henry Box Brown’s escape from slavery. In 1849, Brown mailed himself to freedom inside a wooden box, journeying 27 hours from Virginia to Philadelphia by railroad, steamboat, wagon, and ferry. With Return to Origin, Ross constructed a 4 x 8-foot box that he remained inside during a 59-hour freight shipping trip from Rhode Island to Hale County in 2021. The interior walls of Ross’s box bear the artist’s Black Dictionary, an experimental text for which he revisits a military-issued, childhood dictionary and inserts the word “Black” before each entry.

Return to Origin will be displayed in conversation with Christenberry’s installation Klan Tableau, 1962–2007, which has never before been shown in a gallery setting. On loan from the Christenberry family, this work, produced by the artist over the course of more than four decades, examines organized racism and white terrorism in the United States, incorporating some 400 objects that range from dolls dressed in hooded KKK robes to drawings, photographs, illuminated crosses, and Confederate flags. With this installation, the artist contemplates evils committed by and against humanity. Christenberry, a white southerner, used haunting depictions of the Klan throughout his work to address and attempt to reckon with the atrocities it perpetrated.

Ross wrote in a catalogue essay for the 2019–20 Ogden Museum exhibition Memory is a Strange Bell: The Art of William Christenberry, “His Klan room, its paraphernalia, sculptures, and images, as a whole and in each individual piece, are rigorous studies that arrive without anger or hate, sensationalization or fantasy. They appear to emerge from a pure obsession and fear. Christenberry is haunted. Perhaps obsession and fear of the terrific reflection of a potential self.”

Christenberry’s depictions of the Klan offer a salient counter-narrative to decades of revisionist history and propaganda that have often mollified the scale and harrowing intimacy of the KKK’s domestic terrorism. Exhibited alongside one another, works by Ross and Christenberry cultivate an environment that is deeply attentive to both the horrors and enduring beauty of Hale County. Engagement with the self-contained Klan Tableau installation, situated at the end of the exhibition, will be optional for visitors. 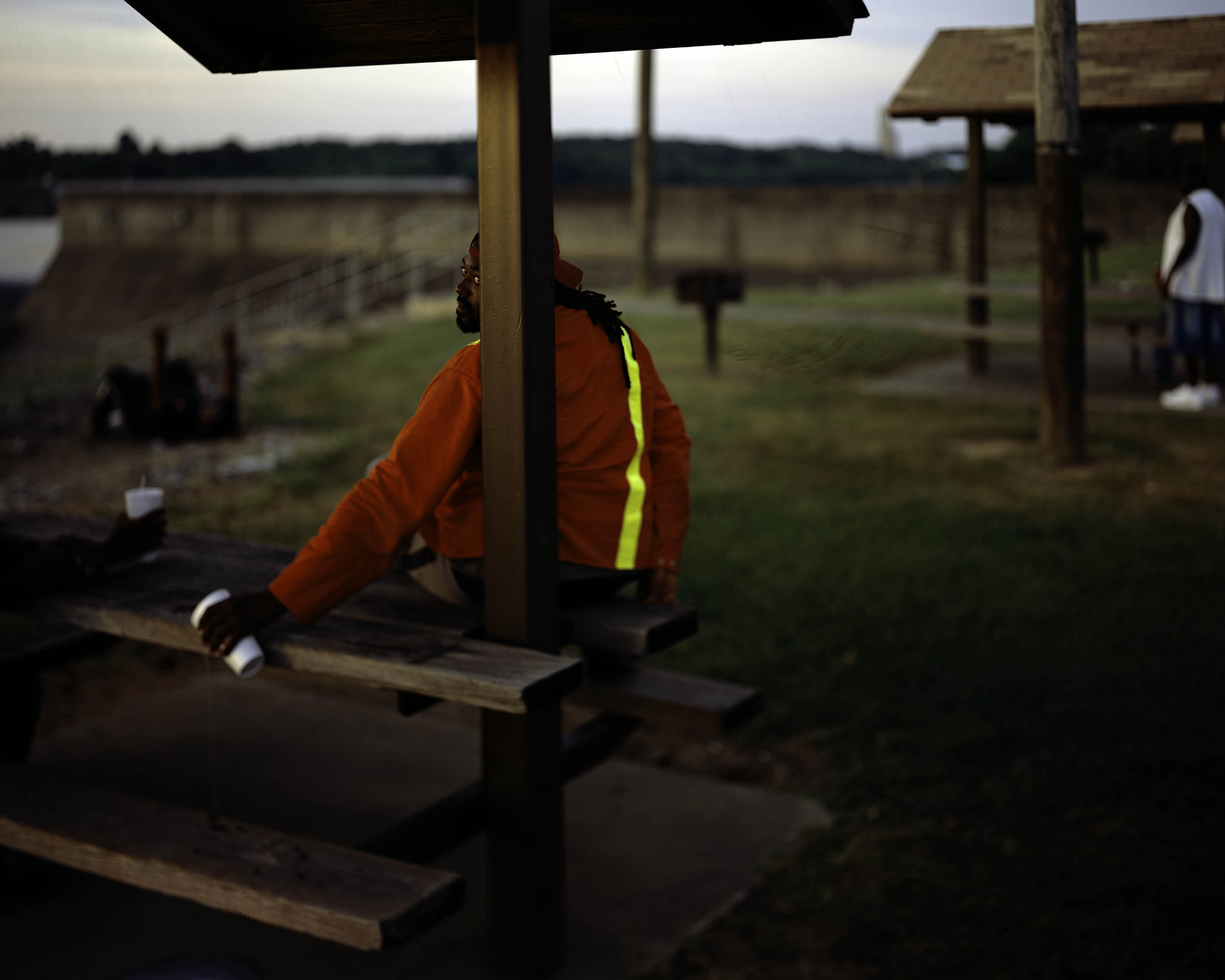 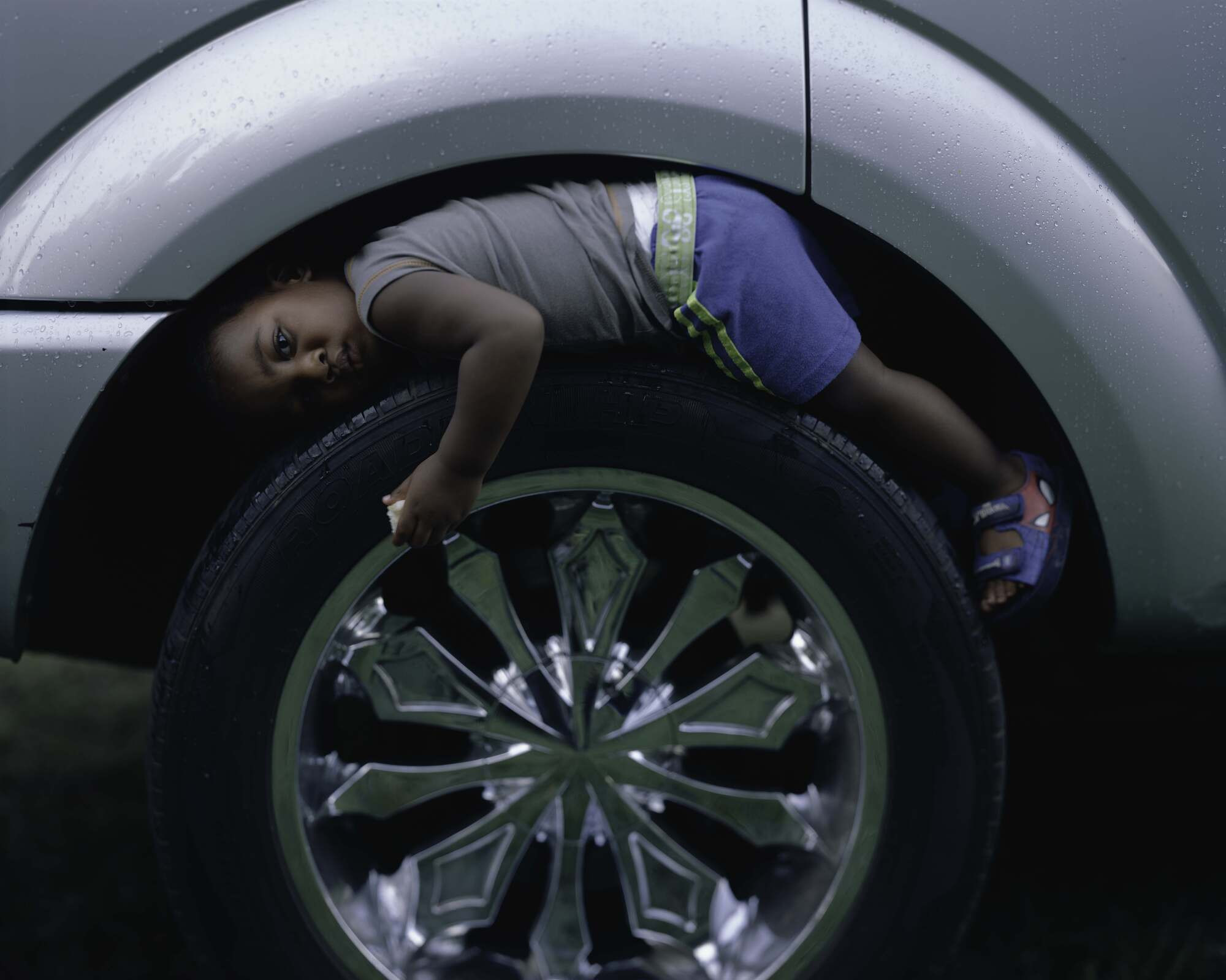 Recognized as a pioneer in color photography, William Christenberry's images of rusted signage, winding dirt roads, and the weathered exteriors of humble structures present, with deceiving formal simplicity, prolonged studies of place that chronicle the passage of time in the rural South. Christenberry's most frequent subjects, such as Coleman's Cafe, Sprott Church, and the Palmist Building – often photographed straight-on and near the center of the frame – assume an iconic quality within his oeuvre as monuments of a disappearing past.

RaMell Ross is an artist, filmmaker, writer, and liberated documentarian. His work has appeared in places like Aperture; Hammer Museum; Institute of Contemporary Arts, London; Museum of Modern Art; Georgia Museum of Art; National Gallery of Art; and Walker Art Center. His feature experimental documentary Hale County This Morning, This Evening won a Special Jury Award for Creative Vision at the 2018 Sundance Film Festival and 2020 Peabody Award. It was nominated for an Oscar at the 91st Academy Awards and an Emmy for Exceptional Merit in Documentary Film. RaMell holds degrees in Sociology and English from Georgetown University and is an associate professor in Brown University’s Visual Art Department.