This exhibition of Wifredo Lam's paintings, works on paper, and rarely seen bronze sculptures traces the artist’s career from the late 1930s to the 1970s, exploring the influence of Lam’s heritage in his art.

In collaboration with Gary Nader of Gary Nader Art Centre, Pace Gallery is pleased to present Wifredo Lam: The Imagination at Work, an exhibition of paintings, works on paper, and rarely seen bronze sculptures, including a significant loan from the Santa Barbara Museum of Art, at its 510 West 25th Street space in New York. The Cuban artist, who early in his career associated with major European figures in the surrealist and cubist movements, invented a radically syncretic visual language that challenged the Eurocentricity of Modernism. Running from November 9 to December 18, the presentation traces the artist’s career from the late 1930s to the 1970s, exploring the influence of Lam’s heritage in his art. The exhibition is organized by Nader and Pace’s Senior Director and Curator Andria Hickey with curatorial contributions by Dr. Michaëla Mohrmann, a scholar and curator of Latin American art. The survey will be accompanied by a publication with new texts by scholars of Lam’s work, including a foreword by Alexander Alberro and essays by Kaira Cabañas, Alexandra Chang, and Samantha Noël. Produced by Pace Publishing, the catalogue sheds new light on the radical nature of Lam’s work and its social and political underpinnings, and traces the trajectories of his life and work in a chronology by Mohrmann.

Lam believed that “a true picture has the power to set the imagination to work, even if it takes time.” Taking its title from the artist’s words, this chronological survey presents Lam’s many stylistic transformations and painterly innovations. Born in Cuba to a Chinese father and Congolese-Iberian mother, Lam, who was in dialogue with surrealist and cubist artists, is widely considered one of the greatest artists of the 20th century. Having trained in Spain and France in the early years of his career, the artist was introduced and became lifelong friends and associates with members of the European avant-garde, including Pablo Picasso, Henri Matisse, and Georges Braque. Over the course of his life, Lam radically transformed modernist painting through his unique cross-cultural hybridization of art.

Wifredo Lam: The Imagination at Work begins with the artist’s paintings from the late 1930s, when he converged with avant-garde artists and intellectuals in Europe. It was during this period that Lam encountered Picasso’s collection of African masks, which would come to influence his later work. Returning to Havana in the early 1940s, Lam was struck by the racism and exploitation that characterized Cuban society under the US-backed dictatorship of Fulgencio Batista. In response to these conditions and inspired by the Négritude movement’s celebration of Blackness, Lam cultivated a practice that decolonized modernist art. Deeply informed by African sculpture and the Afro-Caribbean diaspora, his work during the 1940s developed an iconography referencing Santería, an Afro-Cuban religion. He would eventually view his practice as “an act of decolonization not in a physical sense, but in a mental one.”

The exhibition features a group of paintings created between 1947 and 1950, a period following Lam’s first visit to Haiti in 1946. These works, which are characterized by their somber, muted palette, were informed by the Vodou ceremonies that the artist encountered in Haiti at a time of political unrest. Also on view in the presentation are Lam’s paintings from the 1950s and 1960s, during which time the artist relocated to France and traveled frequently to Cuba, Venezuela, and Mexico. Works such as Untitled (1957) and La Veille (1959) exemplify the artist’s gradual attenuation of Santería symbols—a consequence of his distance from Cuba but also of his gradual, post-war disassociation from Surrealism. In the 1970s, Lam increasingly favored abstraction, geometry, and fragmentation in his paintings. Personnage (1970) typifies his late career interest in angular, machinic beings that spoke to the Space Age and feelings of alienation.

Among the exhibition’s highlights is a selection of rarely seen bronze sculptures that Lam created in Albissola Marina, Italy in the late 1970s. Stemming from the artist’s experimentation with ceramics in the early 1950s, these highly textured statuettes reflect his paintings’ Santería-inspired iconography and reveal the dialogue between Lam’s sculptural practice and paintings, which were often exhibited next to African and Oceanic sculptures.

Lam’s work will be included in the Metropolitan Museum of Art in New York’s highly anticipated exhibition Surrealism Beyond Borders, which opens in October 2021 and examines the movement outside Western Europe. In 2015 the Centre Pompidou, Paris opened a major retrospective of the artist’s work—an exhibition that traveled to the Museo Nacional Centro de Arte Reina Sofía, Madrid and Tate Modern, London. The artist’s work can be found in the collections of the Metropolitan Museum of Art, New York; the Museum of Modern Art, New York; the Guggenheim Museum, New York; the Menil Collection, Houston; the San Francisco Museum of Modern Art; the Art Institute of Chicago; Tate, London; and many more international institutions. 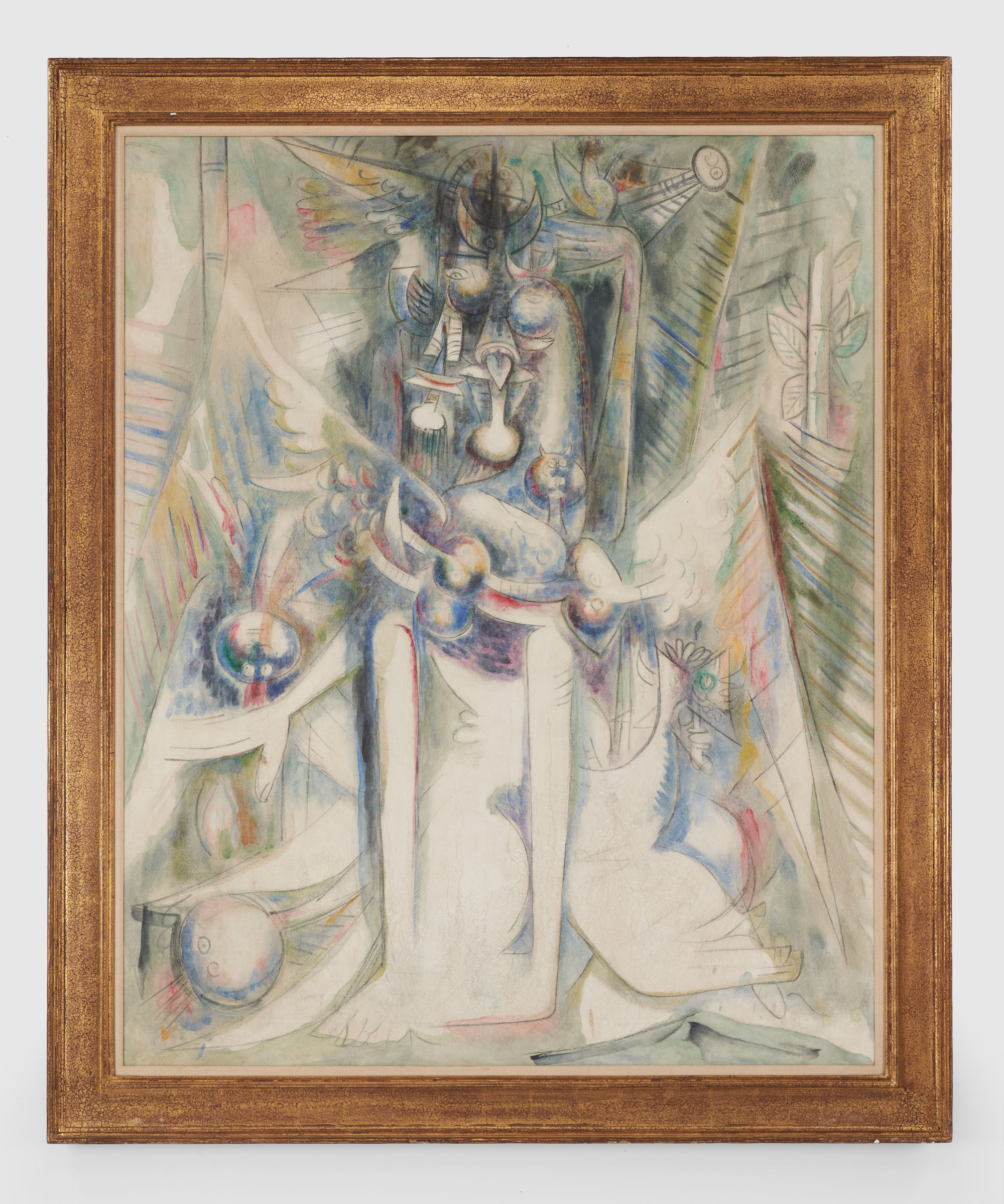 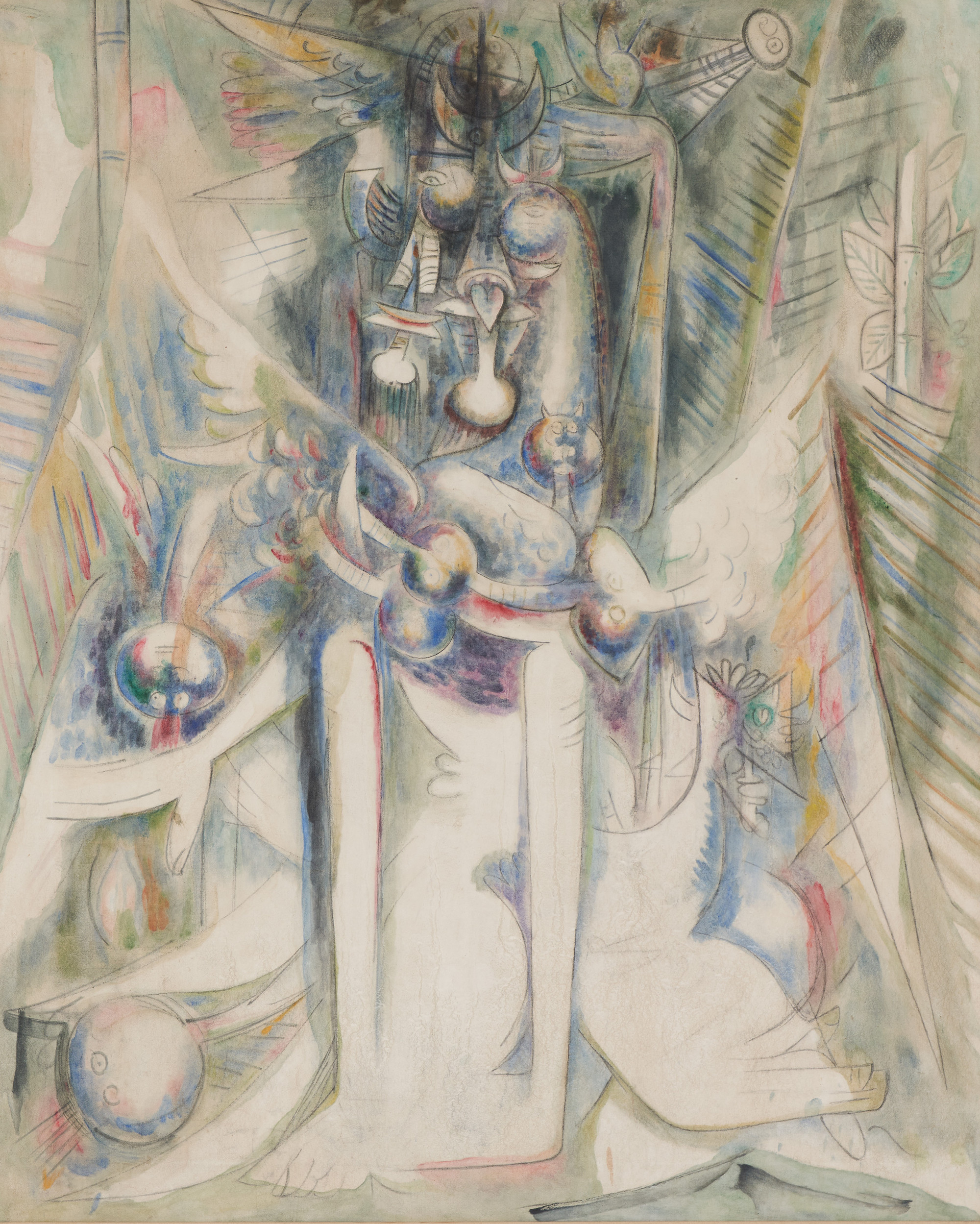 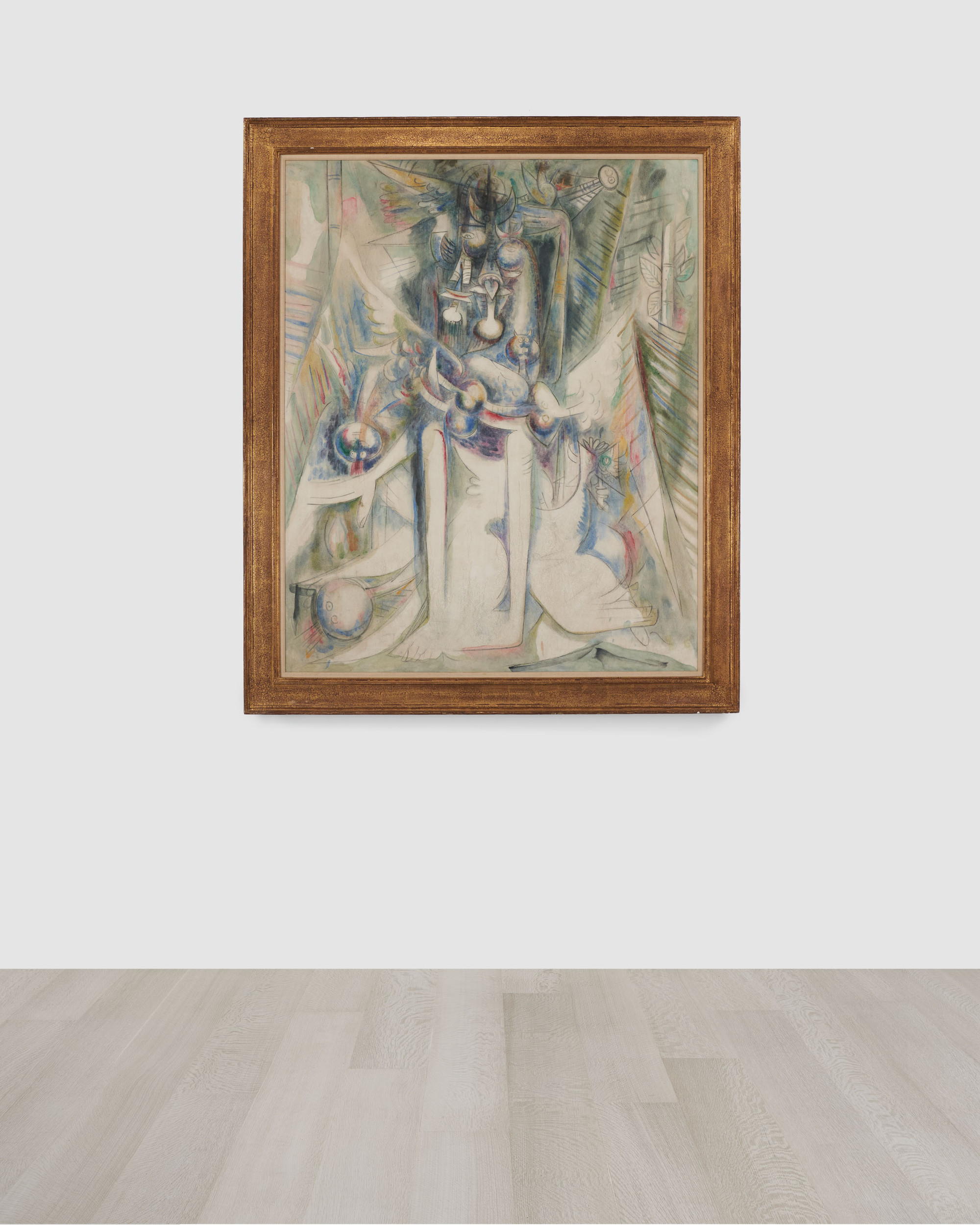 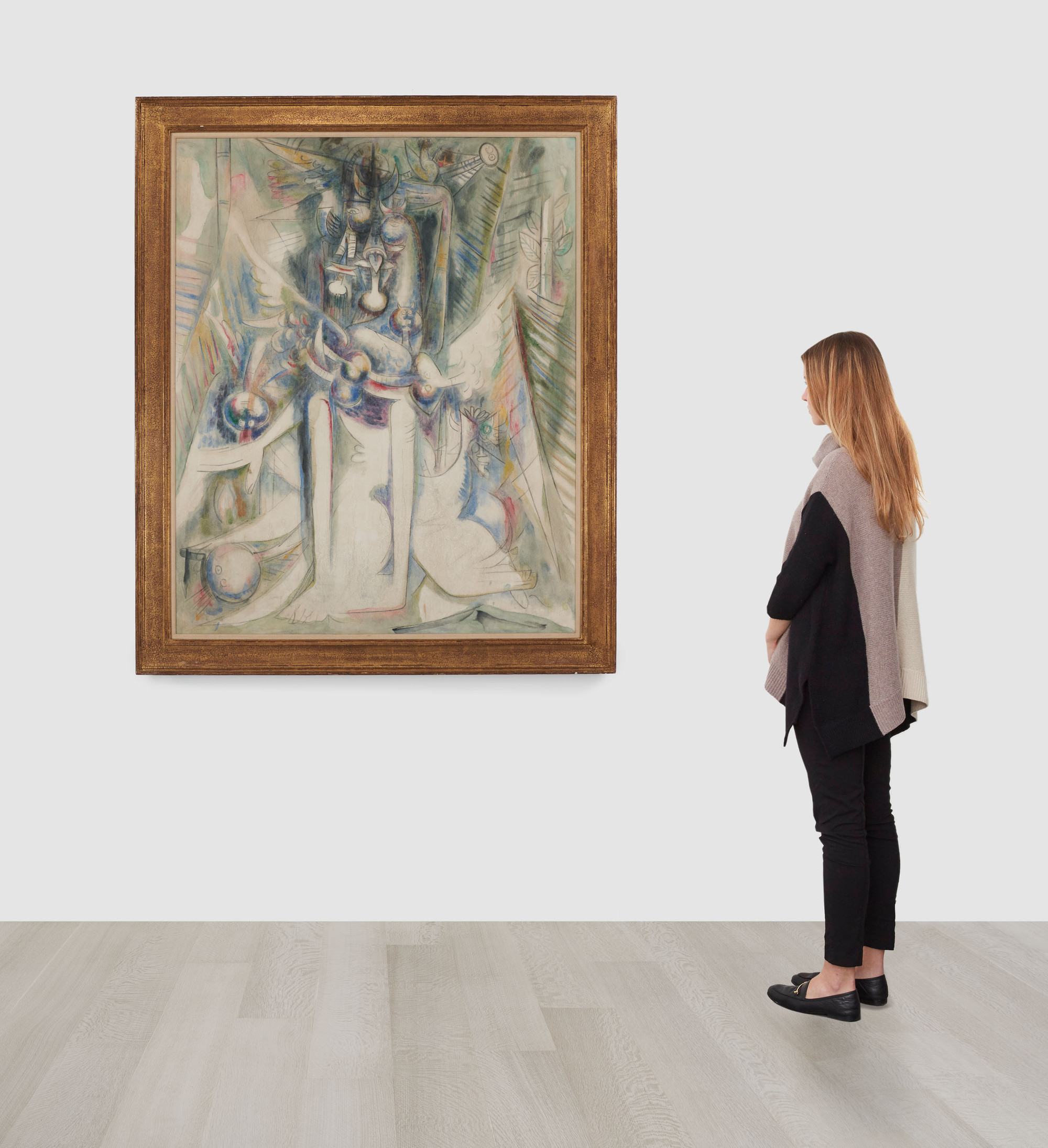 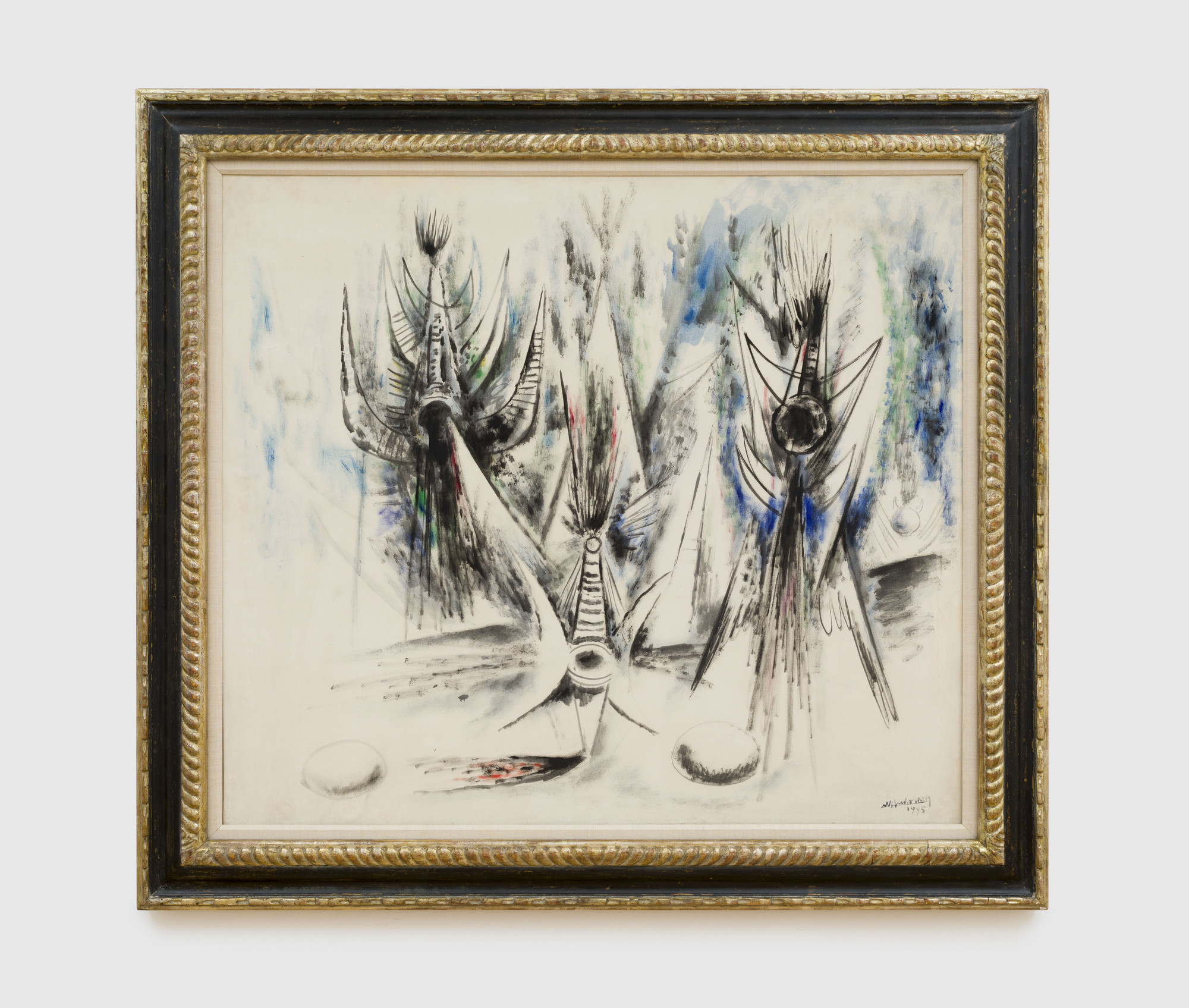 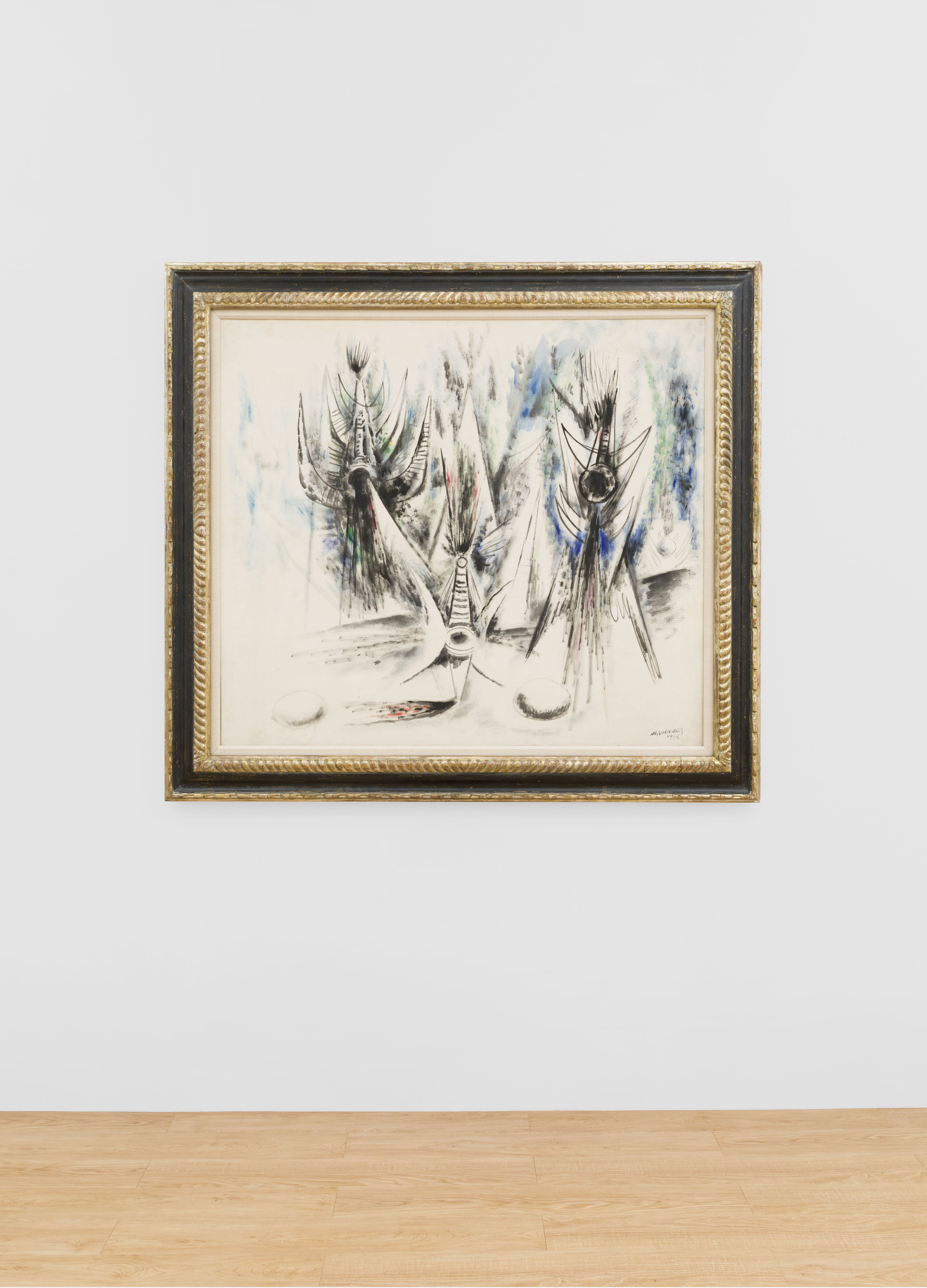 Born in Cuba to a Chinese father and Congolese-Iberian mother, Wifredo Lam is widely considered one of the greatest artists of the 20th century. Having trained in Spain and France in the early years of his career, the artist became lifelong friends and associates with major figures of the European avant-garde, including Pablo Picasso, Henri Matisse, and Georges Braque. His work was in dialogue with key surrealist and cubist artists and, over the course of his life, Lam transformed modernist painting through his unique cross-cultural hybridization of art.