Throughout her innovative practice, Mary Corse has challenged viewers’ perception and created paintings of light, and her debut at our Palo Alto space will resonate with our location in Silicon Valley.

We are pleased to present an exhibition of new works by Mary Corse in Palo Alto. Marking the artist’s first presentation at our Palo Alto space, the exhibition will feature three large paintings and four electric light boxes of different sizes in conversation with one another. Throughout her innovative practice, Corse has challenged viewers’ perception and created paintings of light, and her debut at our Palo Alto space will resonate with our location in Silicon Valley.

Over the course of her six-decade career, Corse, who is based in Los Angeles and was born in Berkeley, California, has explored the nuances of light, space, and perception. The artist is widely known for her dynamic, subtly gestural, and precisely geometric paintings and inventive light boxes. The light boxes enabled the artist to explore new frontiers in illuminating her artworks. The result of Corse’s experimentations with electricity, plexiglass, glass microspheres, and traditional painting techniques is a singular language of light and abstraction, which is on full view in our Palo Alto presentation.

This exhibition in Palo Alto comprises three large-scale paintings, two freestanding light boxes situated on pedestals, and two hanging light boxes installed against the gallery’s walls. Suspended from the ceiling using monofilaments, these works are powered by Tesla coils that wirelessly transfer electromagnetic fields through the walls and allow the light boxes to hover in the exhibition space. Similarly, Corse’s use of microspheres in her paintings give viewers the impression that the canvases are lit from within as they refract light from different angles depending on the viewer’s position. The Inner Band and Multiband paintings in this exhibition shapeshift as viewers move around them, with vertical bands disappearing and reappearing from various points of view.

Corse has described her iconic argon light boxes as “light paintings,” and she first created works of this kind in the mid-1960s. It was in this period that Corse began studying physics, an endeavor that deeply informed her artistic production. Corse’s light boxes have long complemented her painting practice, which the artist has described as “a conversation with abstraction.” She has said that the light boxes were part of her efforts to “put the light into the painting,” an aim that also informed her return to painting in the following years.

“At that time I was really looking for an objective truth, an objective reality,” Corse said in an interview with Apollo Magazine on the occasion of her first solo museum survey, Mary Corse: A Survey in Light, which opened at the Whitney Museum of American Art in New York in 2018 and traveled to the Los Angeles County Museum of Art. “I wanted to make an object that was its own, that was on its own.” This search for an objective truth epitomized in the lightboxes shifts for Corse in her studies of quantum physics and she turns back to painting in the late 1960s, deliberately introducing the subjective brushstroke.

In a 2017 interview with art historian Alex Bacon, Corse said, “Works of different scales relate to the body differently. I like to see different configurations and sizes and see how they feel ... With my work, which changes as you walk around it, what one person sees from one side is different from what another person sees from the other. The art is not on the wall, it’s in the viewer’s perception.” 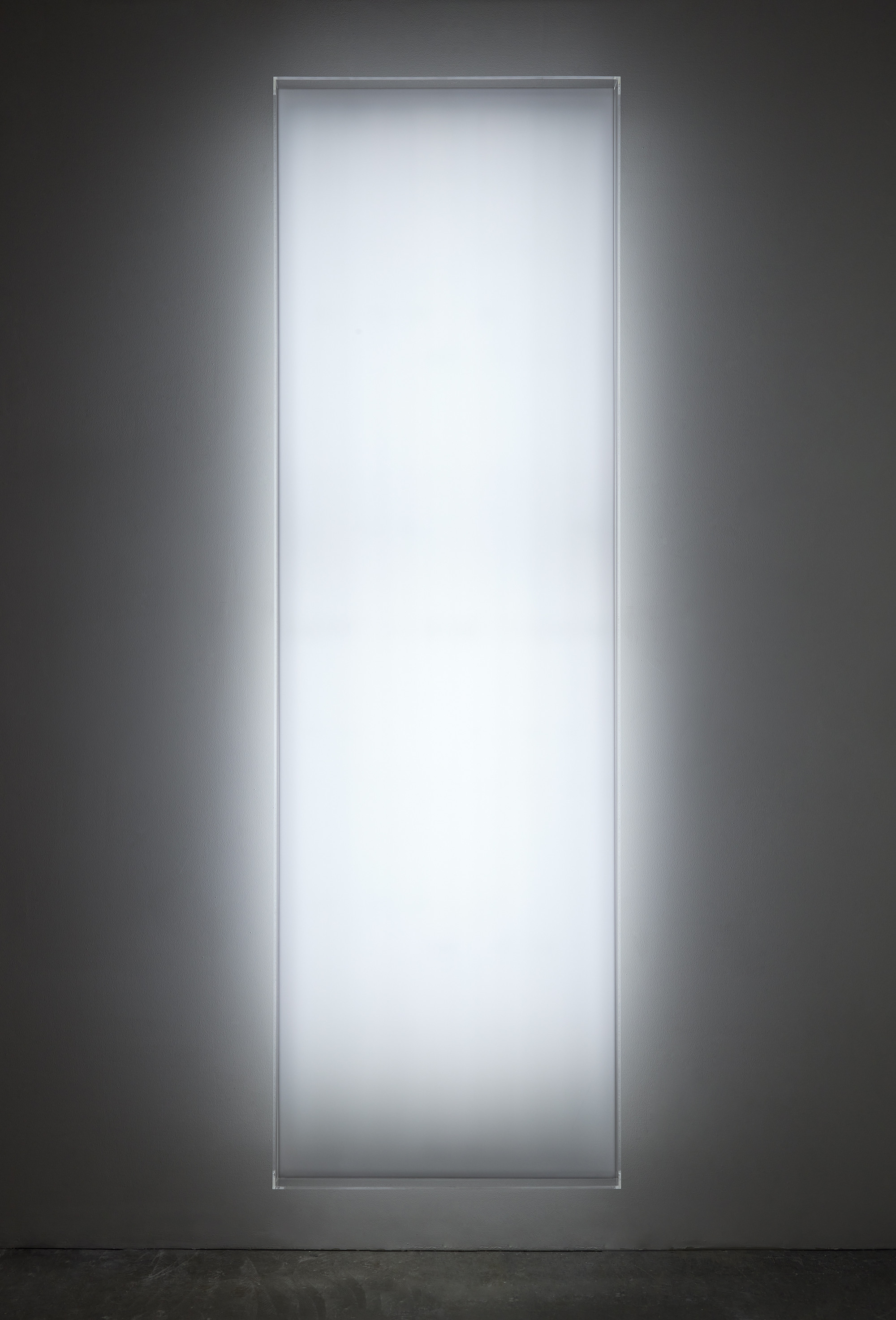 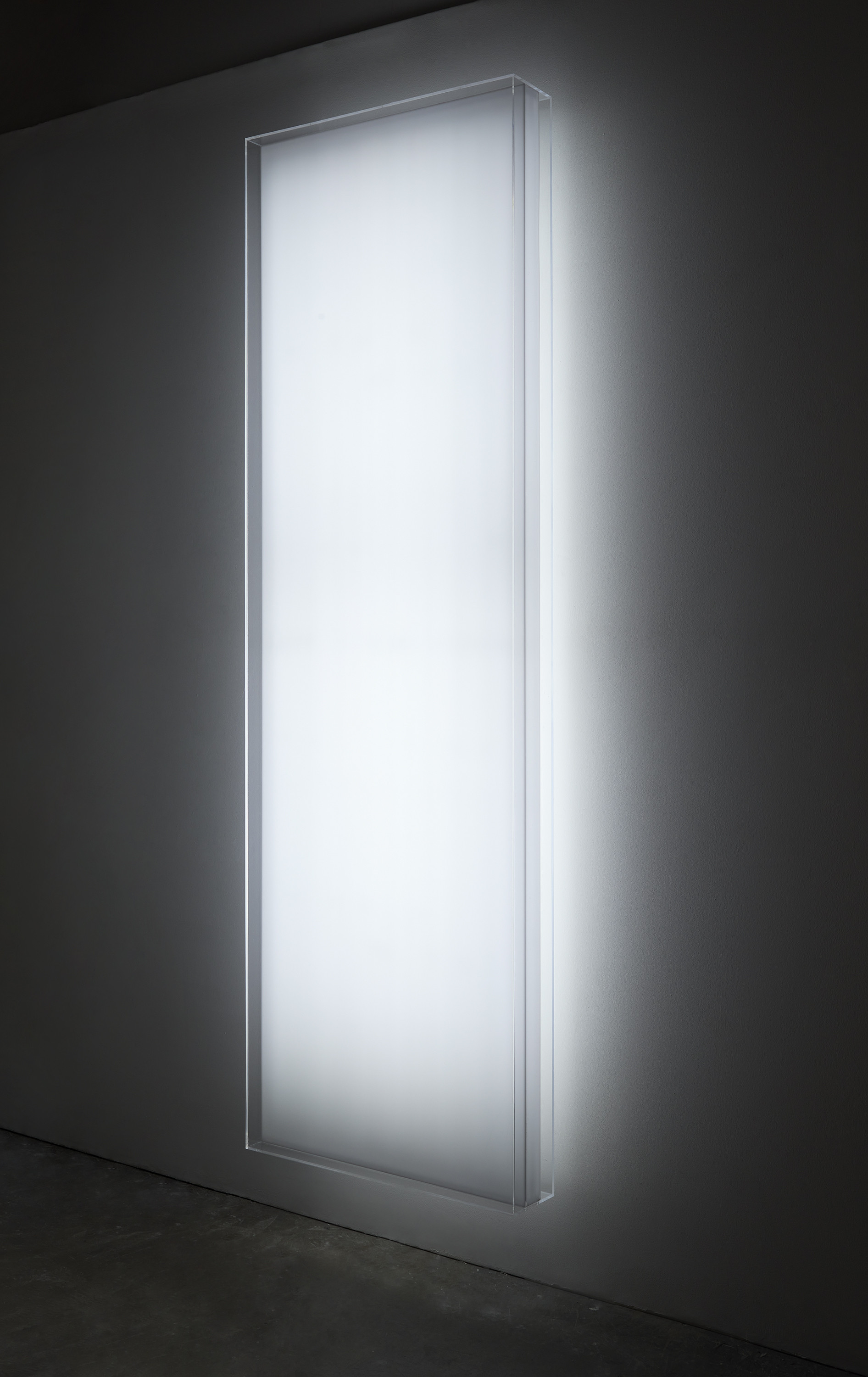 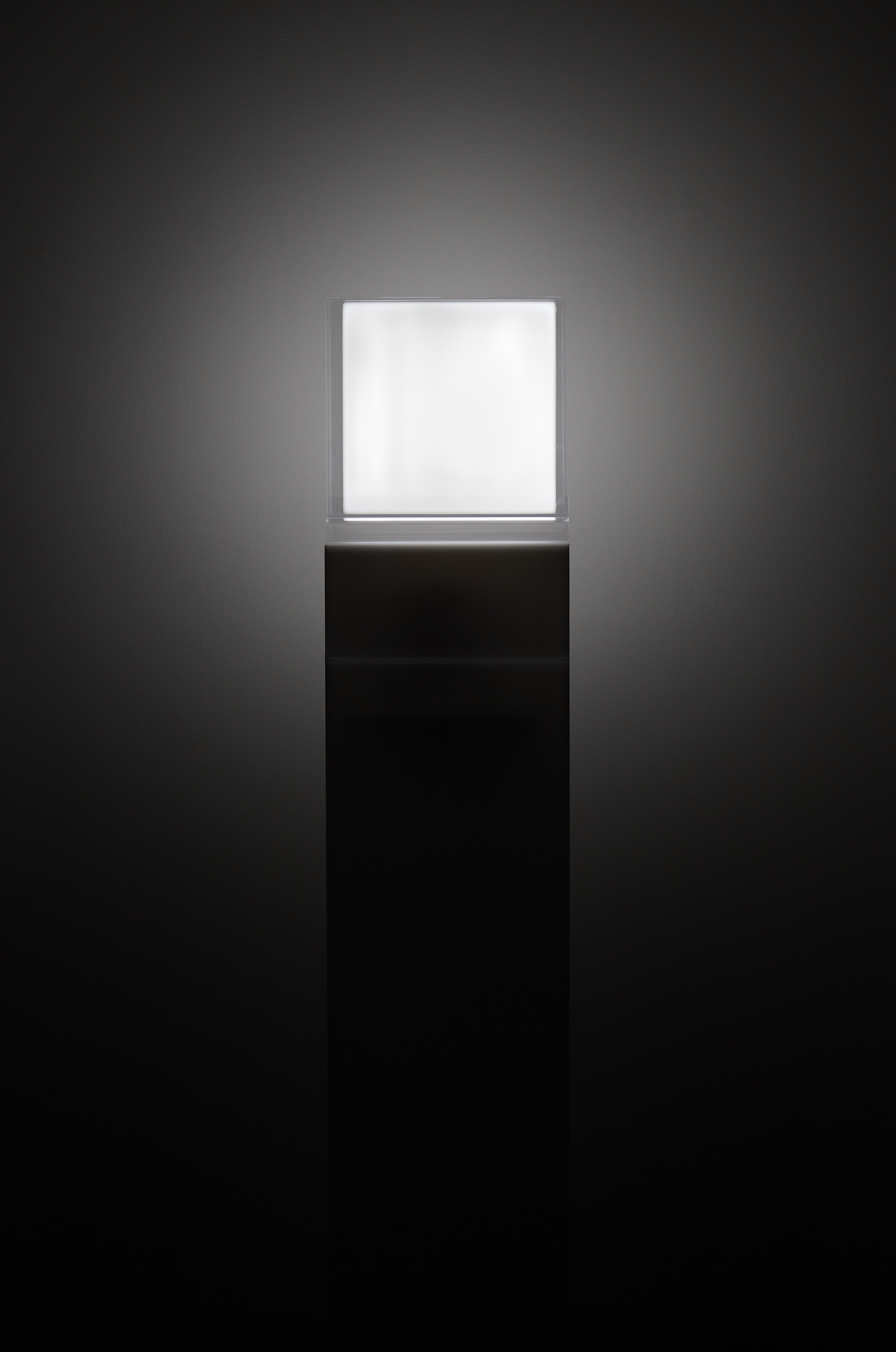 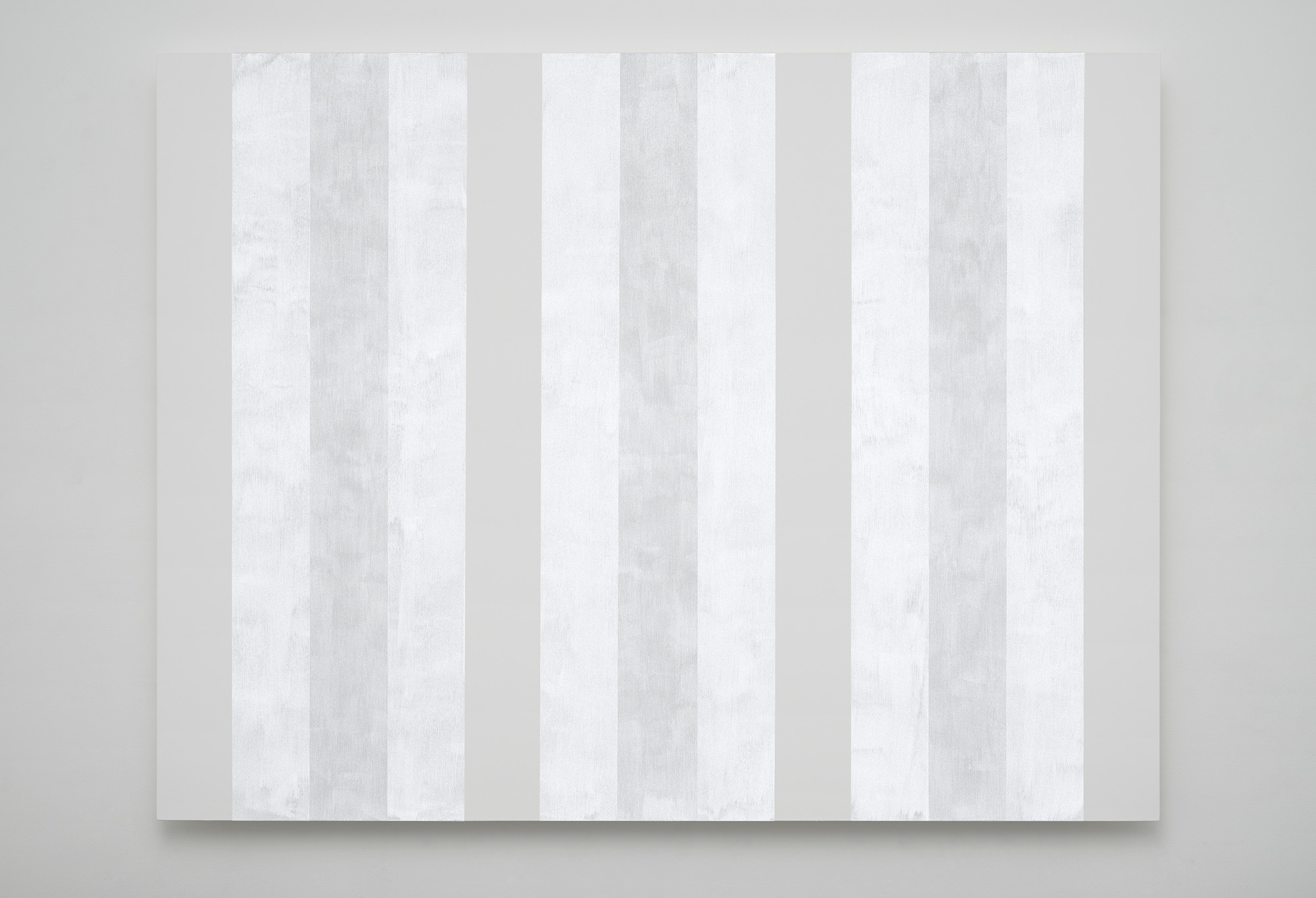 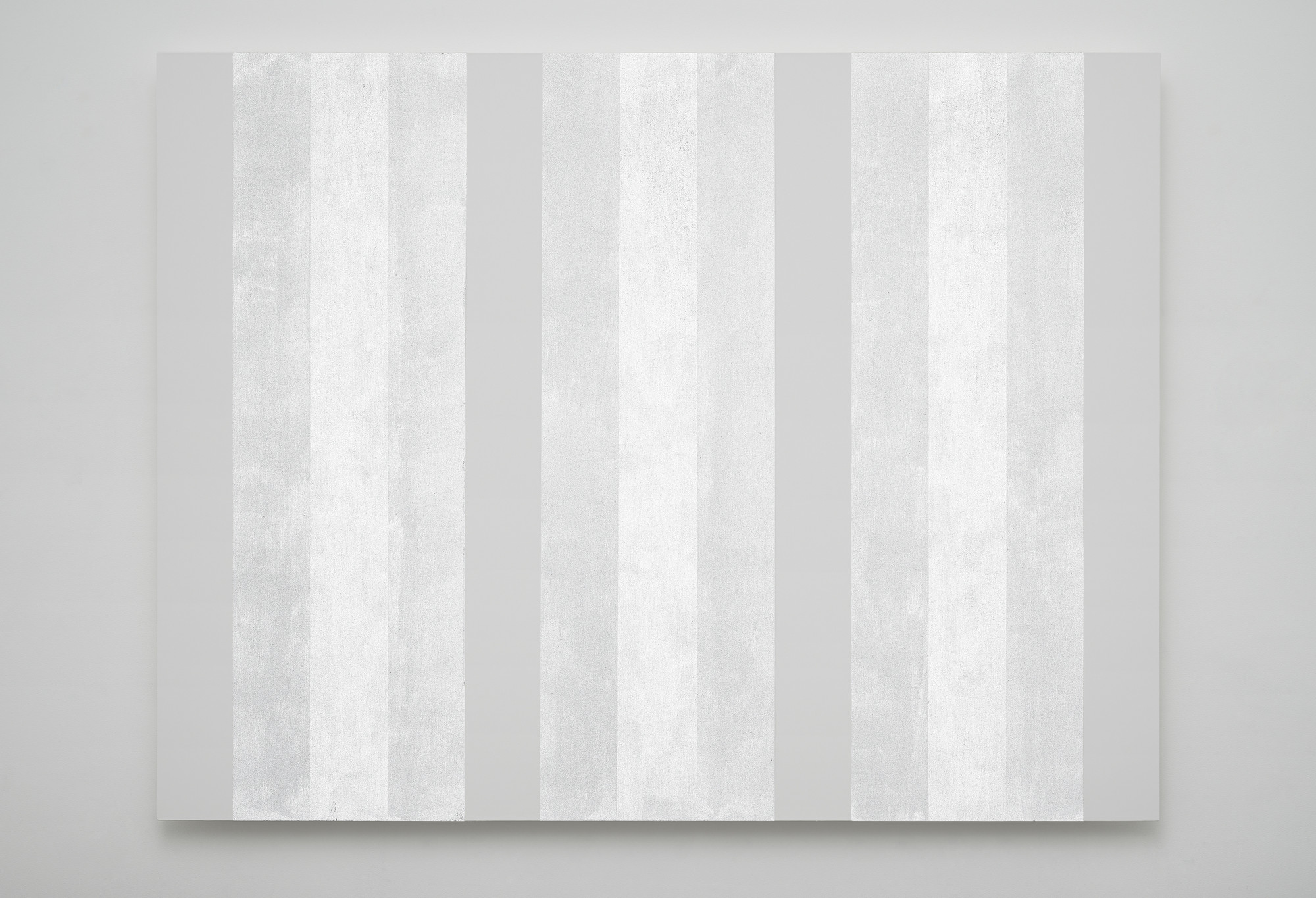 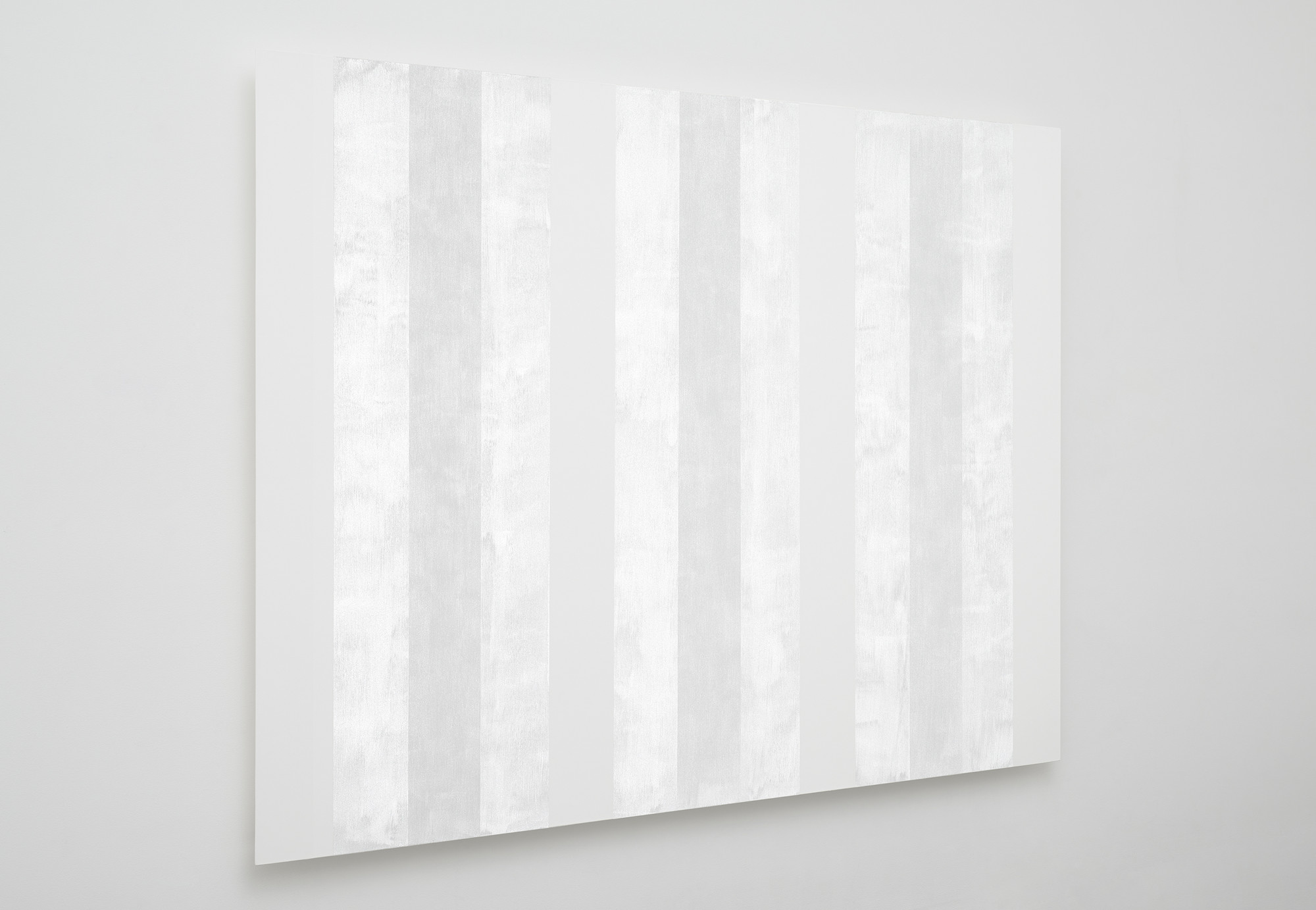 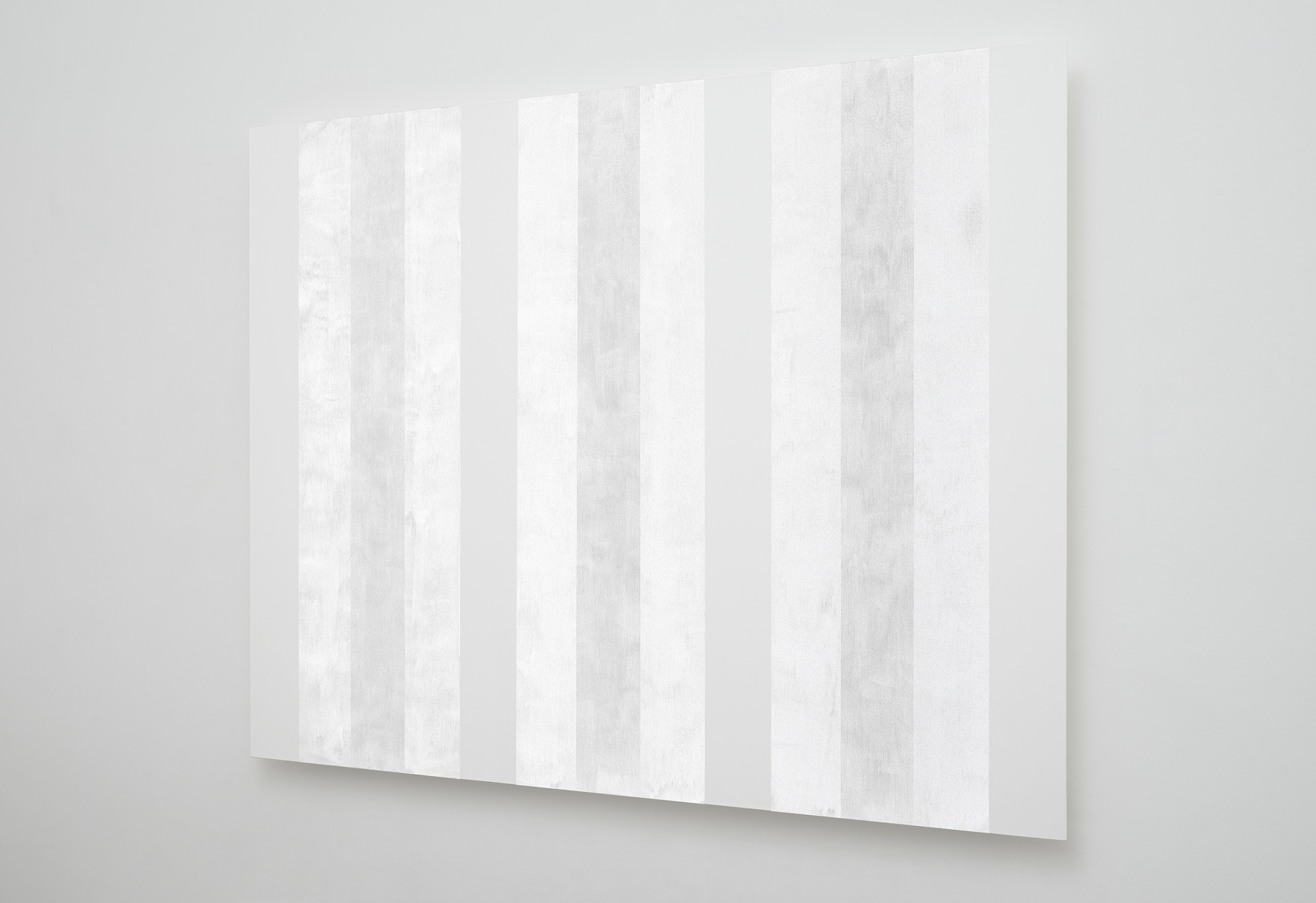 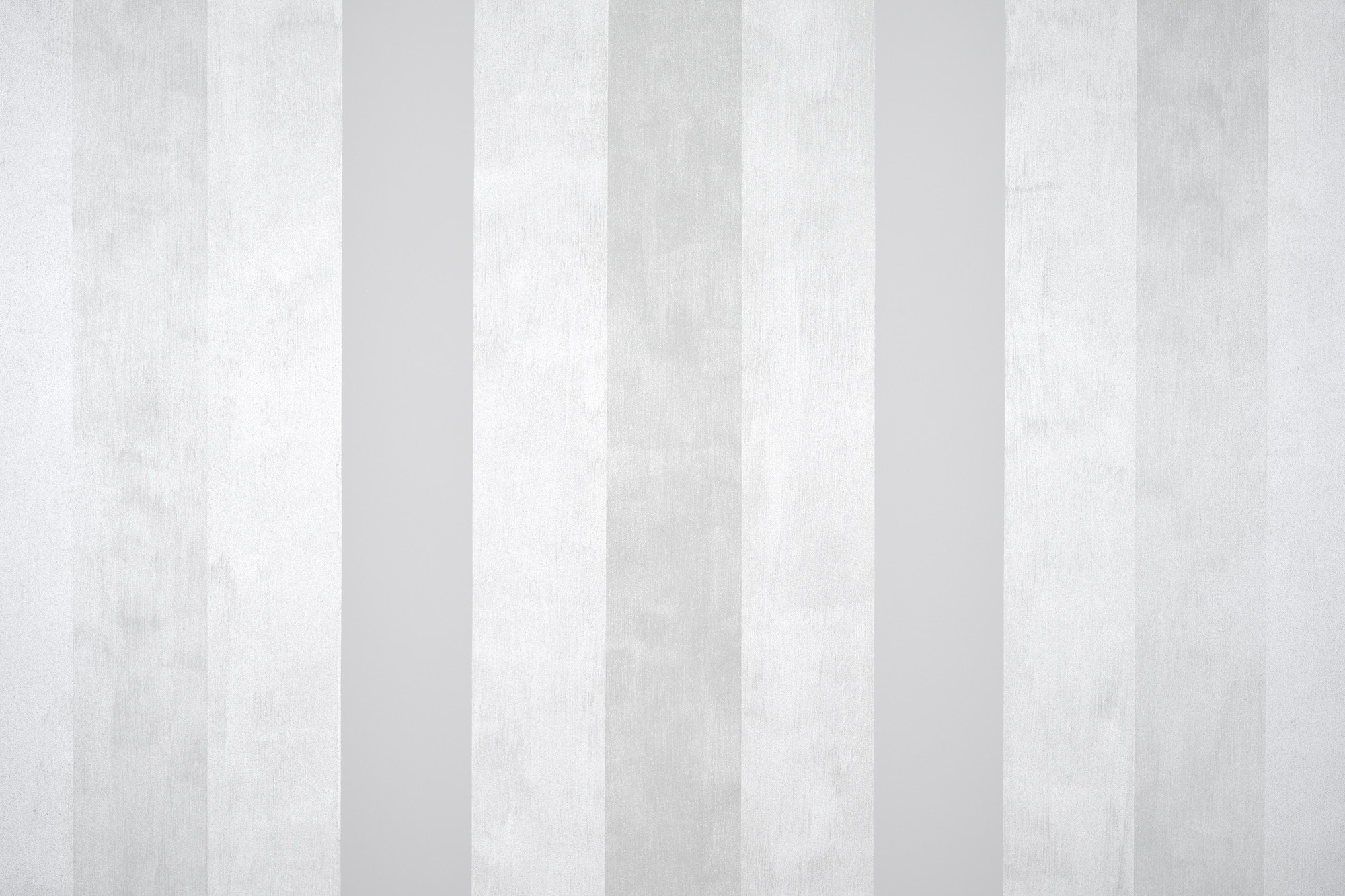 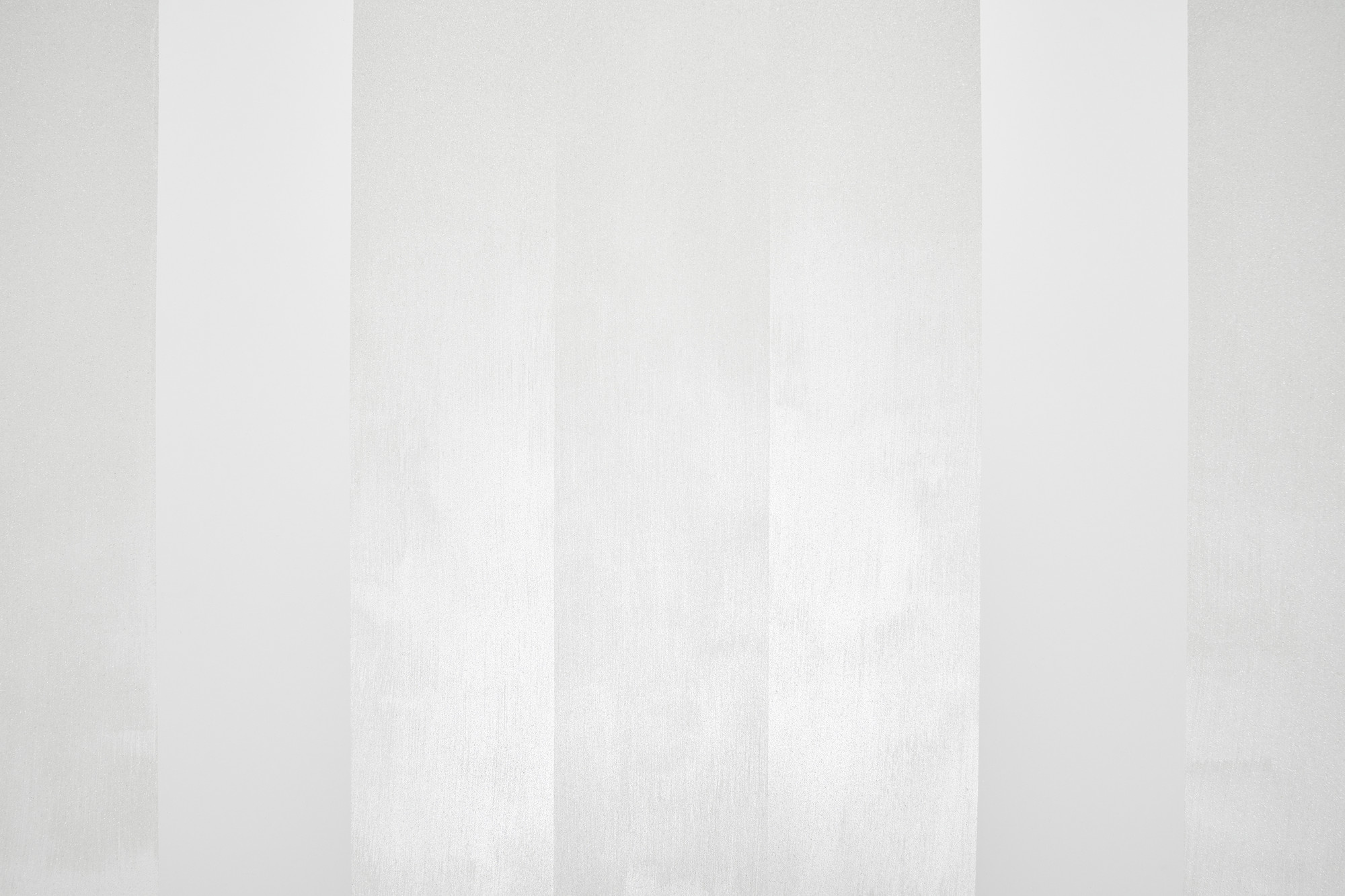 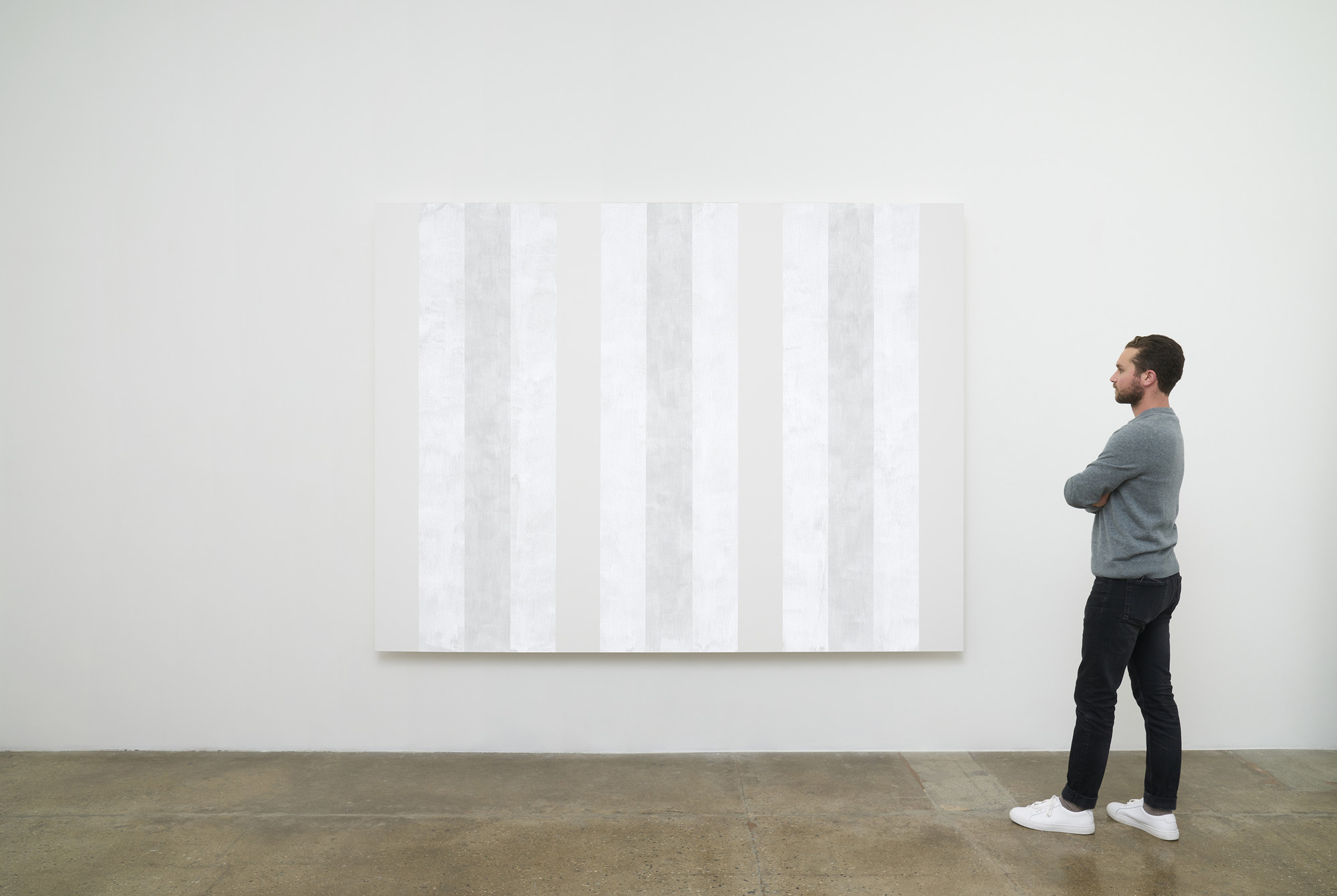 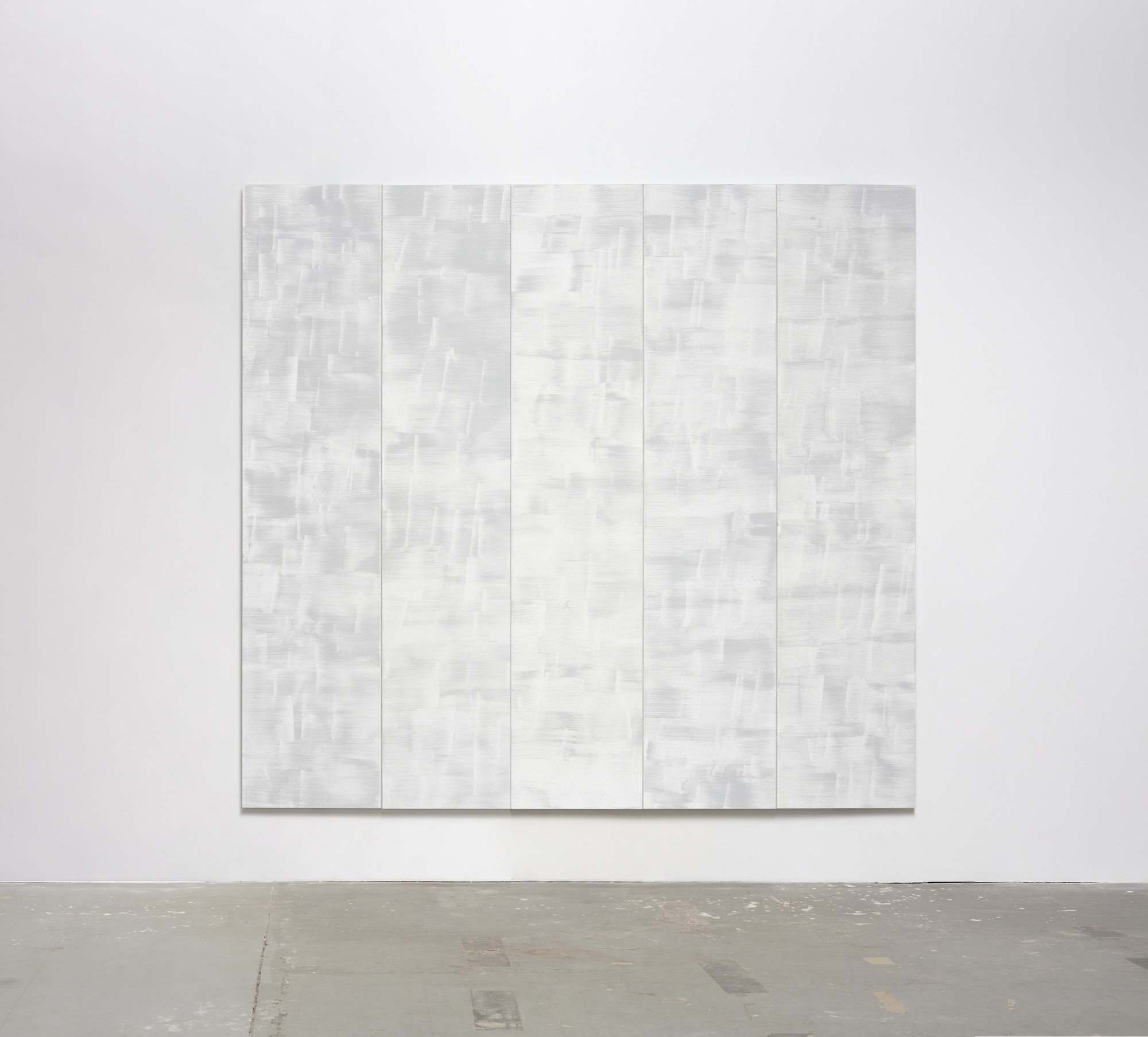 Mary Corse investigates materiality, abstraction, and perception through the subtly gestural and precisely geometric paintings that she has made over her fifty-year career. Earning a BFA in 1968 from Chouinard Art Institute, Los Angeles, Corse developed her initial work during the emergence of the Light and Space movement in Southern California. Throughout the 1960s, she experimented with unconventional media and supports, producing shaped canvases, works with plexiglass, and illuminated boxes.