Pace is pleased to present an exhibition of rarely seen collages and sculptural wall reliefs created by Louise Nevelson between the 1950s and 1980s at its Palo Alto gallery.

The show highlights the dialogues between Nevelson’s masterful but little-known collage works and her sculptural wall reliefs in painted black wood. The exhibition, which marks the first Bay Area presentation of the artist’s work since a 2016 show at Pace in Palo Alto, brings together two aspects of the artist’s practice that have seldom been considered in relation to one another. Following Pace’s show in Palo Alto, Nevelson’s work will be included in the main exhibition of the 59th Venice Biennale.

Featuring 15 collages and three sculptural wall reliefs, including two works from the key 1966 series Northern Shores, Louise Nevelson: Mirage focuses on the artist’s approach to graphic wall-based objects. Works of this kind—which incorporate combinations of metallic foil, cardboard, sandpaper, tape, wood, spray paint, printed paper, and newspaper—reflect Nevelson’s intense interest in materiality. Her work in collage, which she kept mostly secret during her lifetime, provided a new avenue for explorations of light, shadow, reflection, and line. The daily act of creating abstractions in her collages was inextricably linked with Nevelson’s celebrated sculptural practice.

In the economy of Nevelson’s studio, the collage works emerged as extensions of the same creative gesture that gave rise to her monochromatic, painted sculptures. The artist used store-bought Krylon spray-paint to transform everyday objects and bits of wooden detritus into abstracted geometric forms—the negative traces these spray- painted objects left on scraps of paper and cardboard would become graphic elements in her collages. Singular and idiosyncratic, Nevelson’s collages draw from the rich legacy of modernist collage cultivated by Pablo Picasso, Kurt Schwitters, Jean Arp, and other figures.

Collage, for Nevelson, was a language of radical honesty in which materials laid bare the stories of their origins. Tearing and re-combining traces of the past to produce a raw, unfiltered beauty, Nevelson developed an aesthetic of fragmentation and re-assembly that animated the spirit of all her work as an artist. The constellations of varied materials and forms in Nevelson’s collages shed light on the artist’s process and engagement in rigorous formal experimentations.

Nevelson’s collages were an intensely personal and private mode of expression for the artist. She began creating works of this kind in the early 1950s, but they were never intended for public exhibition. Aside from a few haphazard appearances and the occasional studio photograph, the collages remained mostly unknown until after the artist’s death in 1988.

Pace’s presentation in Palo Alto takes its title from a 1972 interview with Nevelson conducted by Pace Founder and Chairman Arne Glimcher. The artist said in the conversation, “For me black isn't black anyway, and color isn't color as such. Color is rainbow and is just as fleeting as anything on earth ... And every minute it's changing through light. So it's a mirage.” While she is best known for her large-scale sculptures, Nevelson did not consider collage subsidiary in her practice. Rather, the medium offered her a way of working through ideas about composition, color, and form, exemplifying her insistence that “black isn’t black.” For Nevelson, collage was a way of being in the world—a prism into the truth of color as mirage.

Pace has represented Nevelson, with whom the gallery’s Founder and Chairman Arne Glimcher maintained a decades-long friendship, since 1963. The artist’s first solo exhibition with Pace in 1961 has been followed by numerous presentations dedicated to her expansive practice at the gallery’s international outposts. In the decades following Nevelson’s death in 1988, Pace has worked closely with the Nevelson estate and cultivated a fruitful relationship with the Louise Nevelson Foundation. 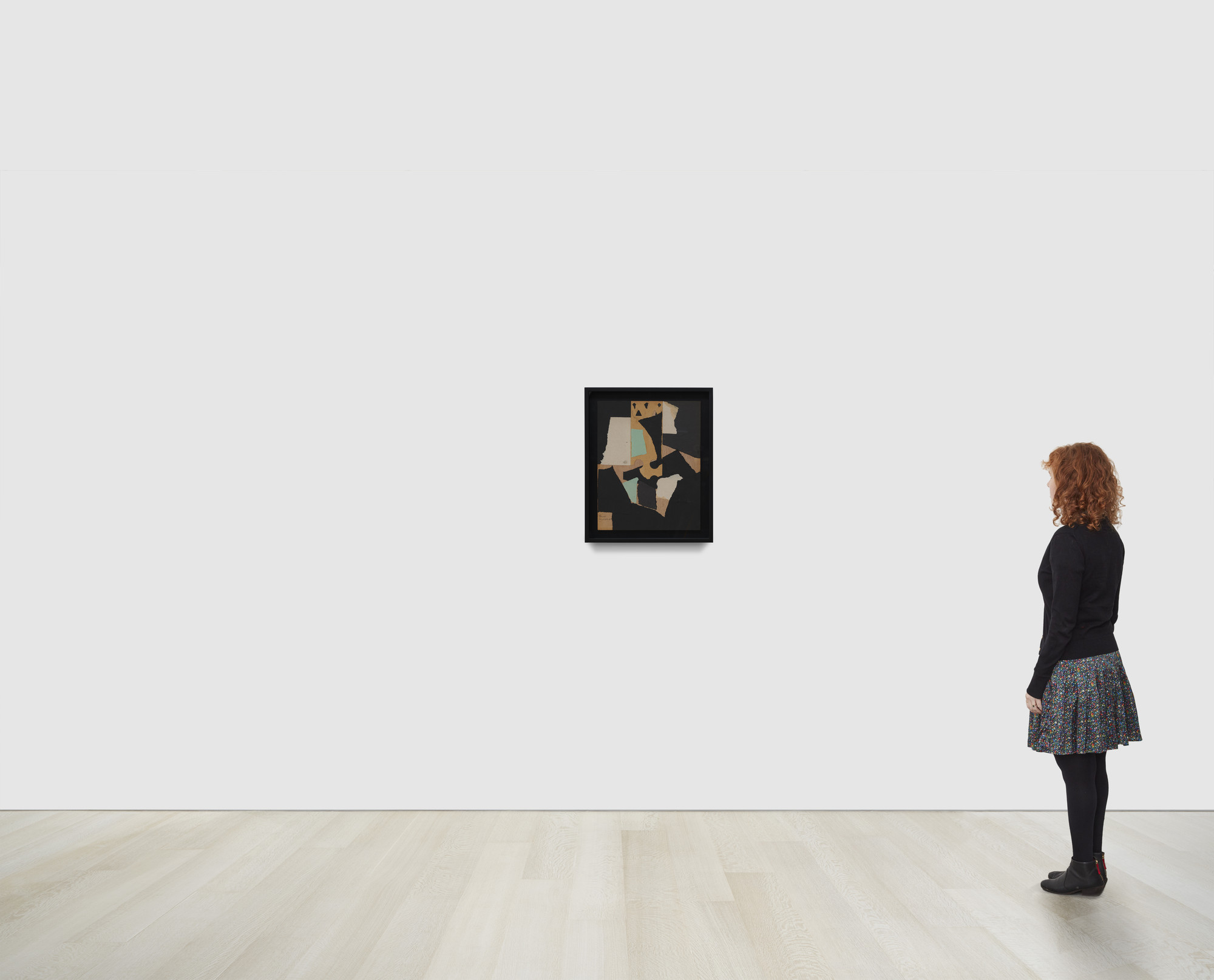 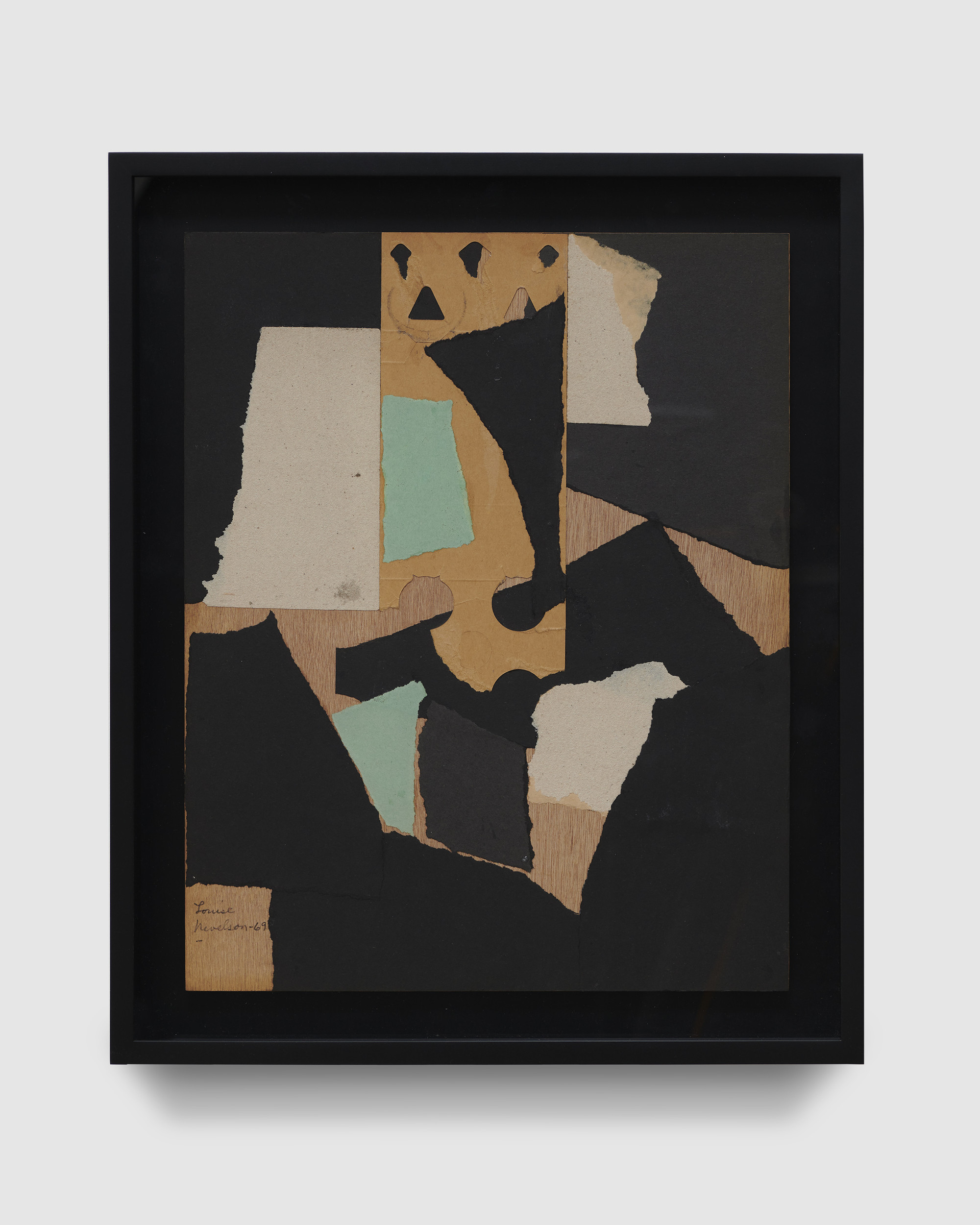 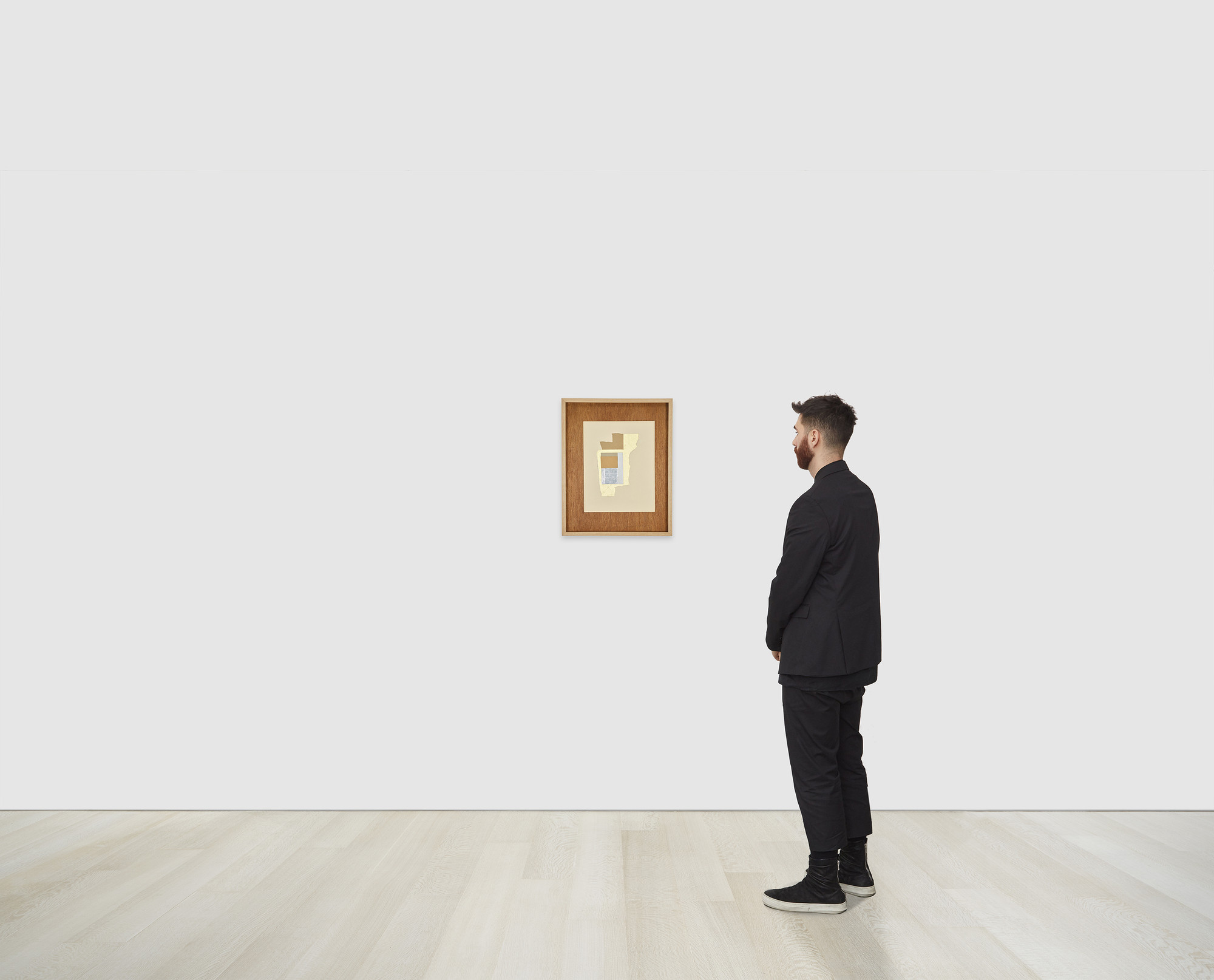 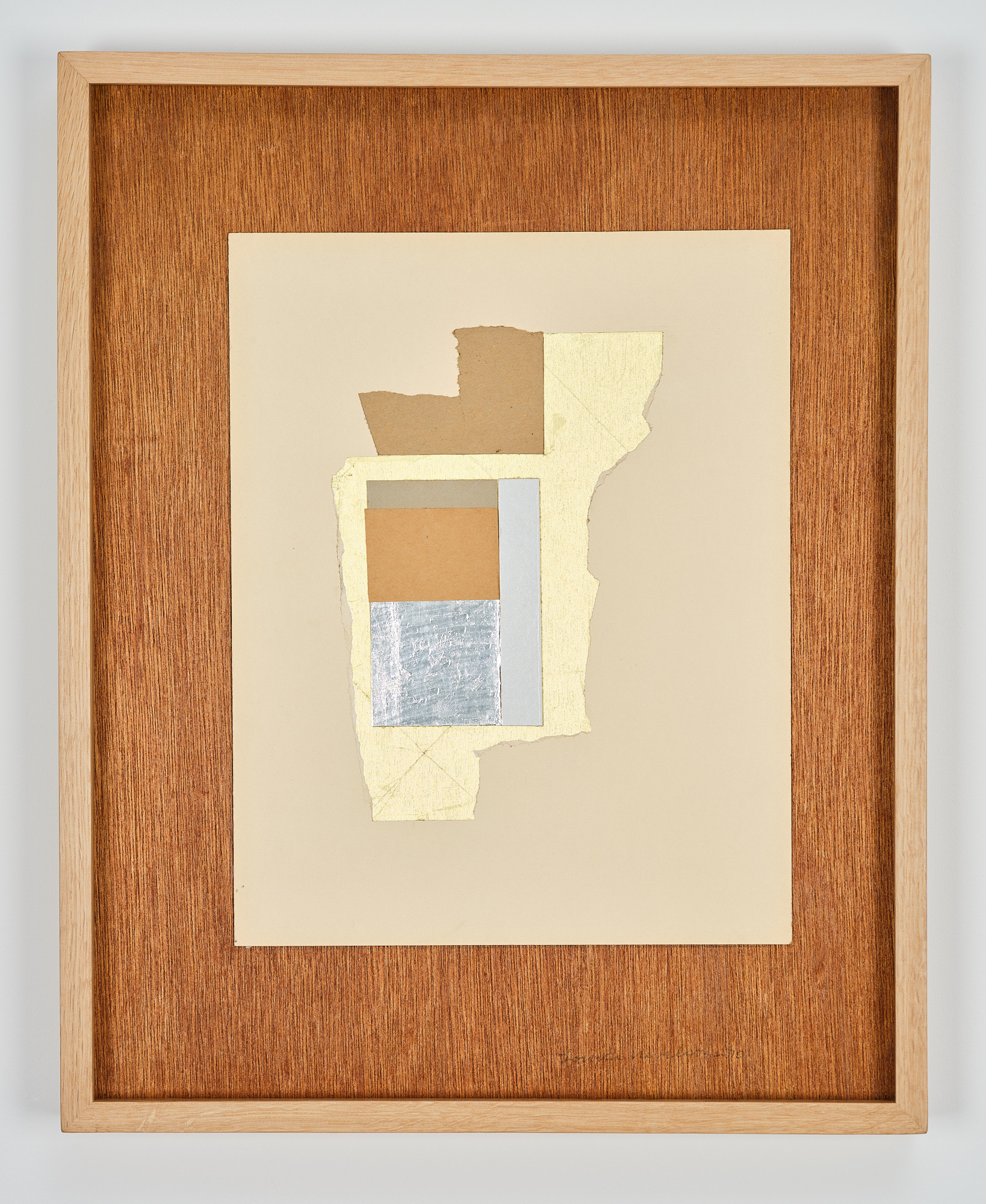 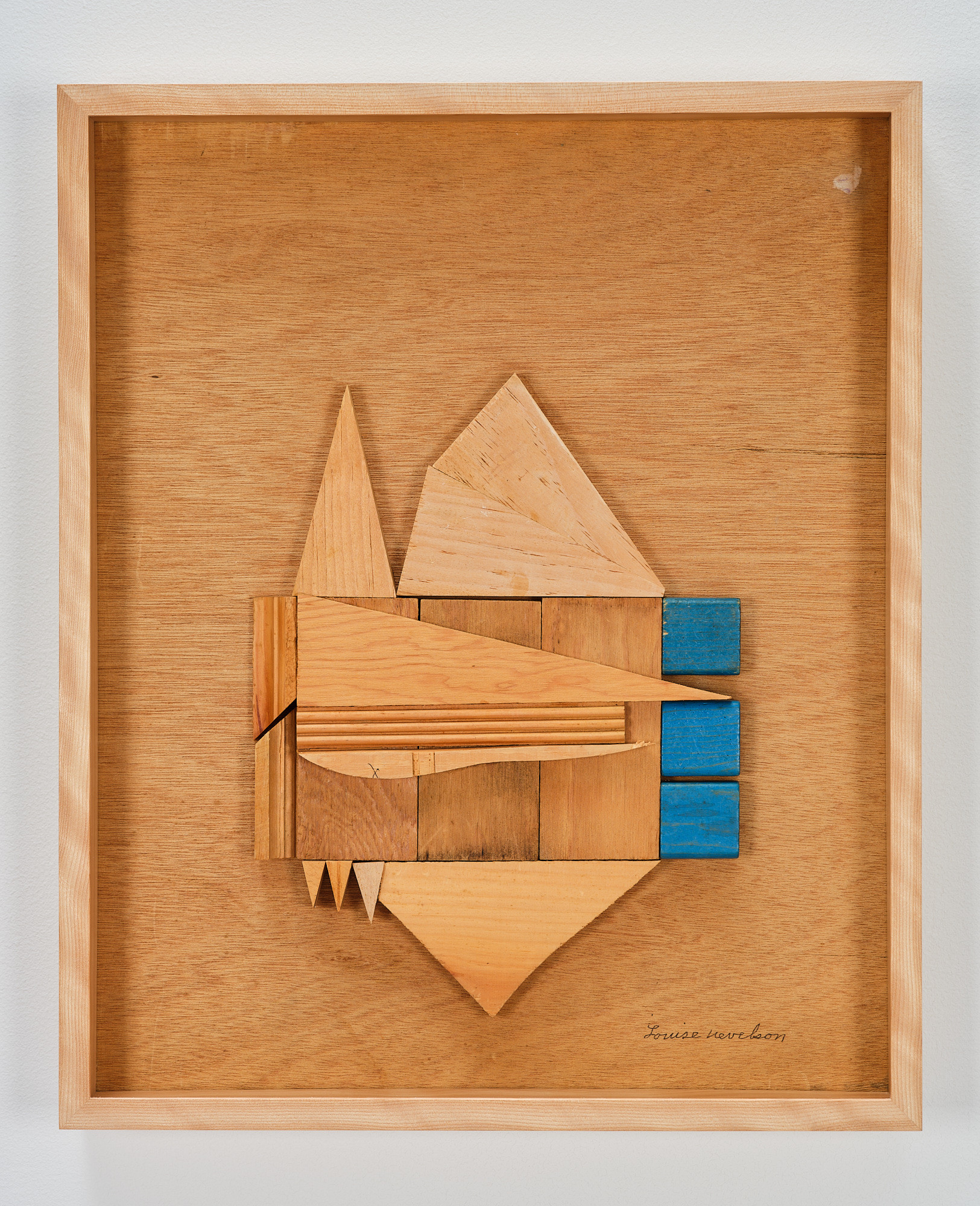 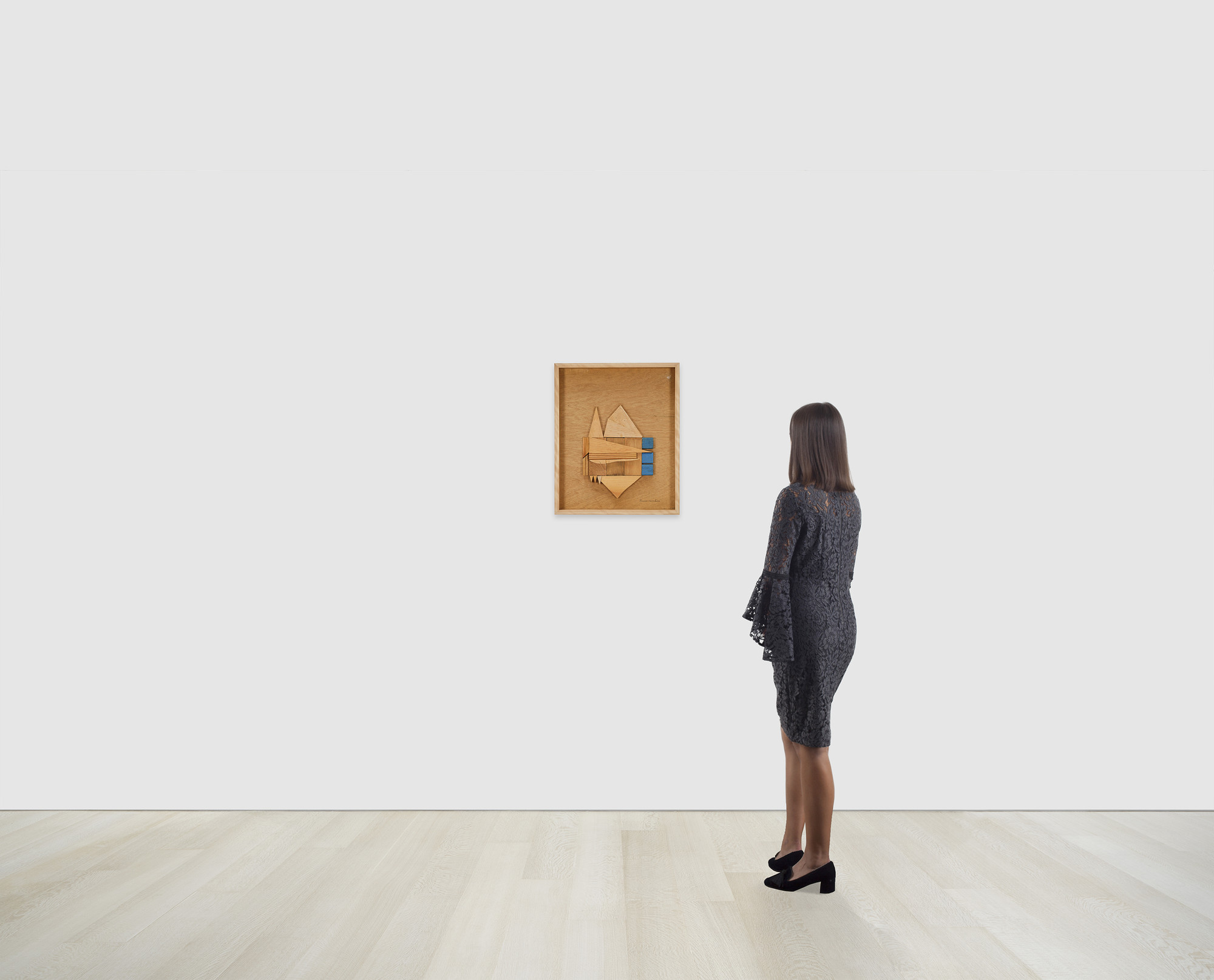 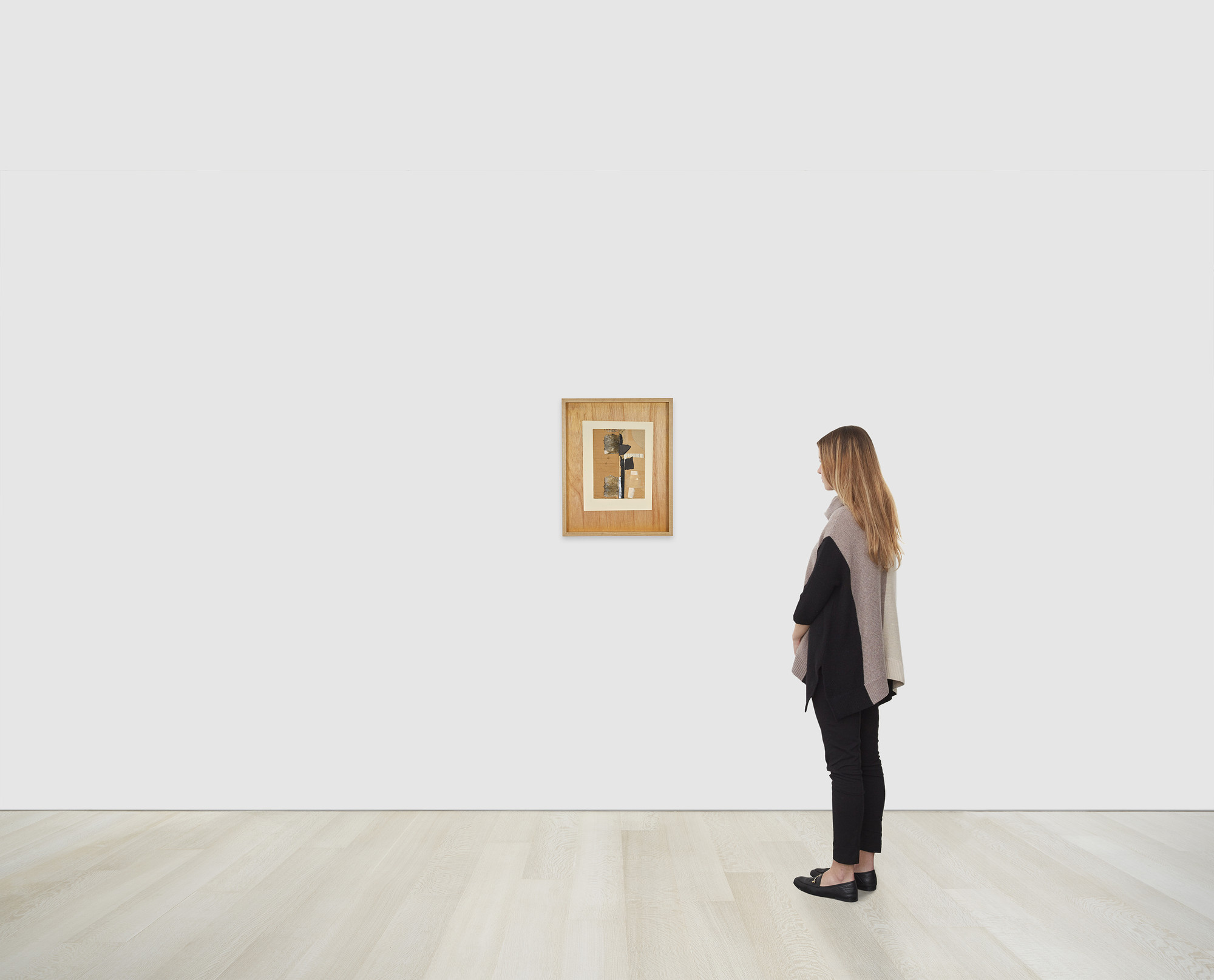 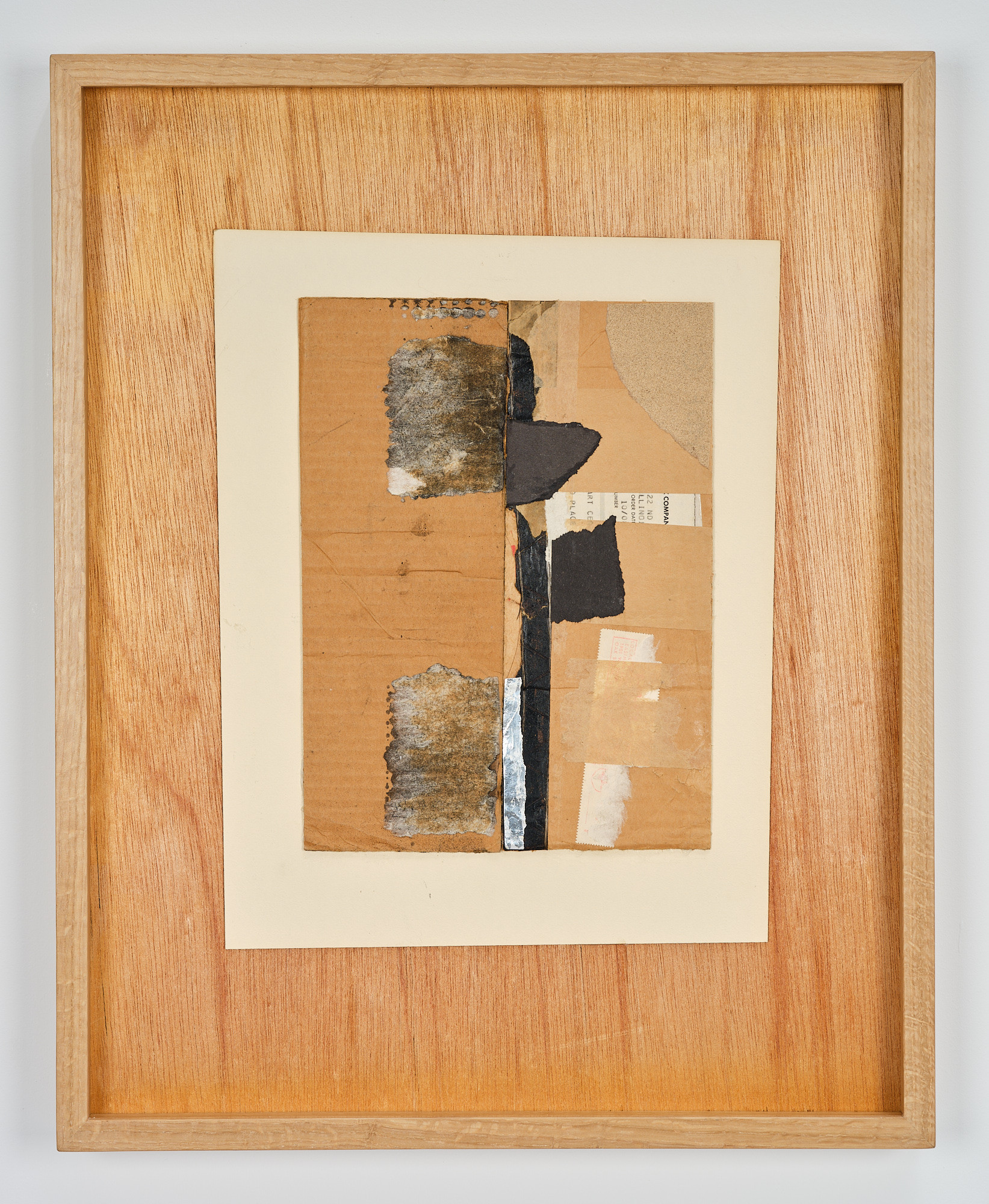 Louise Nevelson, a leading sculptor of the twentieth century, pioneered site-specific and installation art with her monochromatic wood sculptures made of box-like structures and nested objects. Nevelson’s compositions explore the relational possibilities of sculpture and space, summing up the objectification of the external world into a personal landscape. Although her practice is situated in lineage with Picasso’s Cubism and Vladimir Tatlin’s Constructivism, the pictorial attitude of her work and her interest in the transcendence of object and space reveal an affinity with Abstract Expressionism.