Color Out of Darkness, Curated by James Turrell

Pace is pleased to present an exhibition of works by the famed 20th century abstract painter Ad Reinhardt, curated by James Turrell.

The presentation, titled Color Out of Darkness, will feature Reinhardt’s paintings illuminated by a lighting concept conceived by Turrell, whose pioneering investigations of light, color, space, and perception have been greatly influenced by Reinhardt’s practice and legacy, in particular his “red,” “blue,” “white,” and “black” paintings. As part of the exhibition, a new Wedgework installation by Turrell will be on view on the first floor of the gallery. Pace Publishing will produce a book for the exhibition to be released following its run.

The show will examine the ways that both artists explore the decentralization of the object in their practices, and Turrell’s lighting concept for the show will foreground the experiential nature of Reinhardt’s work. Leonardo da Vinci’s description of the sfumato technique relates to the exhibition’s focus on perceptual experiences of light and shadow in works by Turrell and Reinhardt. The Renaissance master once said that sfumato is “without lines or borders, in the manner of smoke or beyond the focus plane.” Pace’s exhibition will draw connections between works by Turrell, a key figure of the Light and Space movement, and Reinhardt, who pushed abstraction and monochromatism in painting to new frontiers during his lifetime.

Reinhardt, who is widely considered a forefather of Minimalism and Conceptualism, began developing his distinct language of abstraction in the 1930s. While his early works featured bold amalgams of shapes and forms, the artist went on to create his geometrically minded, monochromatic “red” and “blue” paintings and later his “black” paintings. Works from these series figure in Pace’s exhibition, with Turrell’s lighting concept highlighting the nuances and idiosyncrasies of Reinhardt’s abstractions within his monochromatic paintings.

With this exhibition, Turrell presents an homage to Reinhardt as an experiential artist, and his designs of the rooms within the presentation can be considered new works. As curator, Turrell has cultivated a scenography for this show that beckons viewers into the depths of Reinhardt’s abstractions. Turrell’s experimentations with light create otherworldly, immersive experiences for viewers of Reinhardt’s paintings, forging connections between the two artists across time and space. 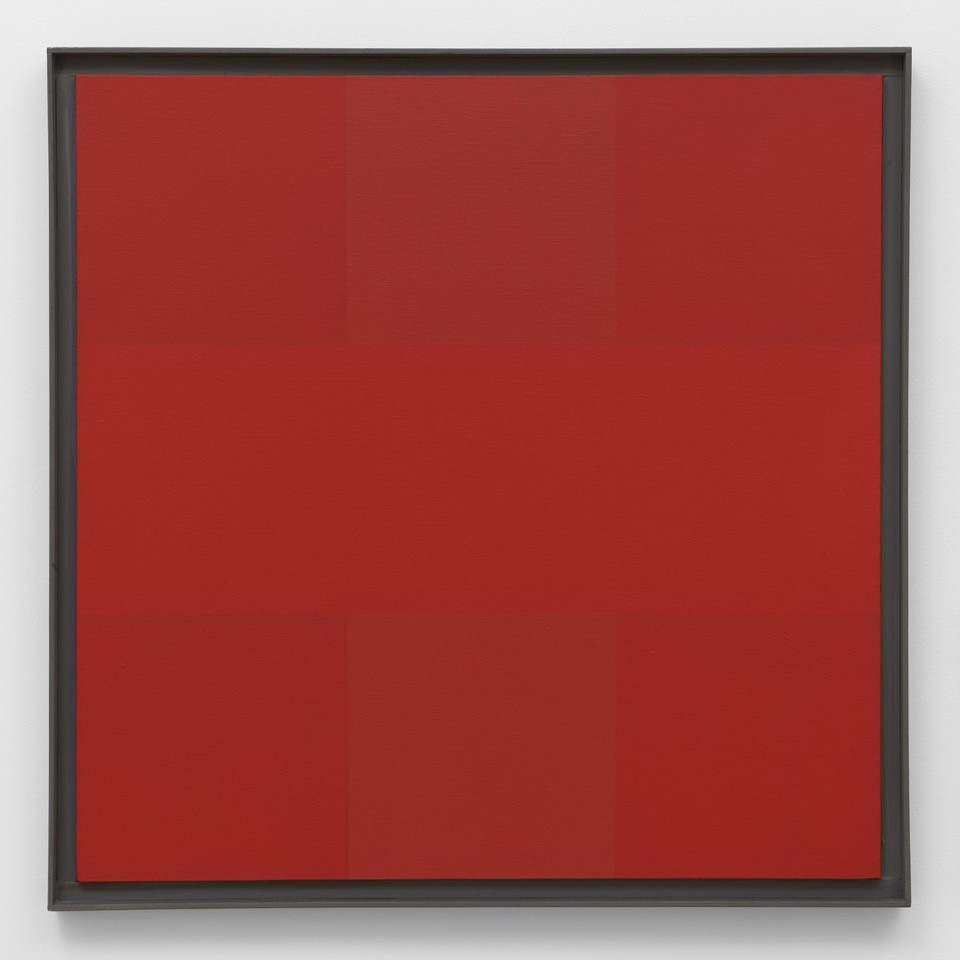 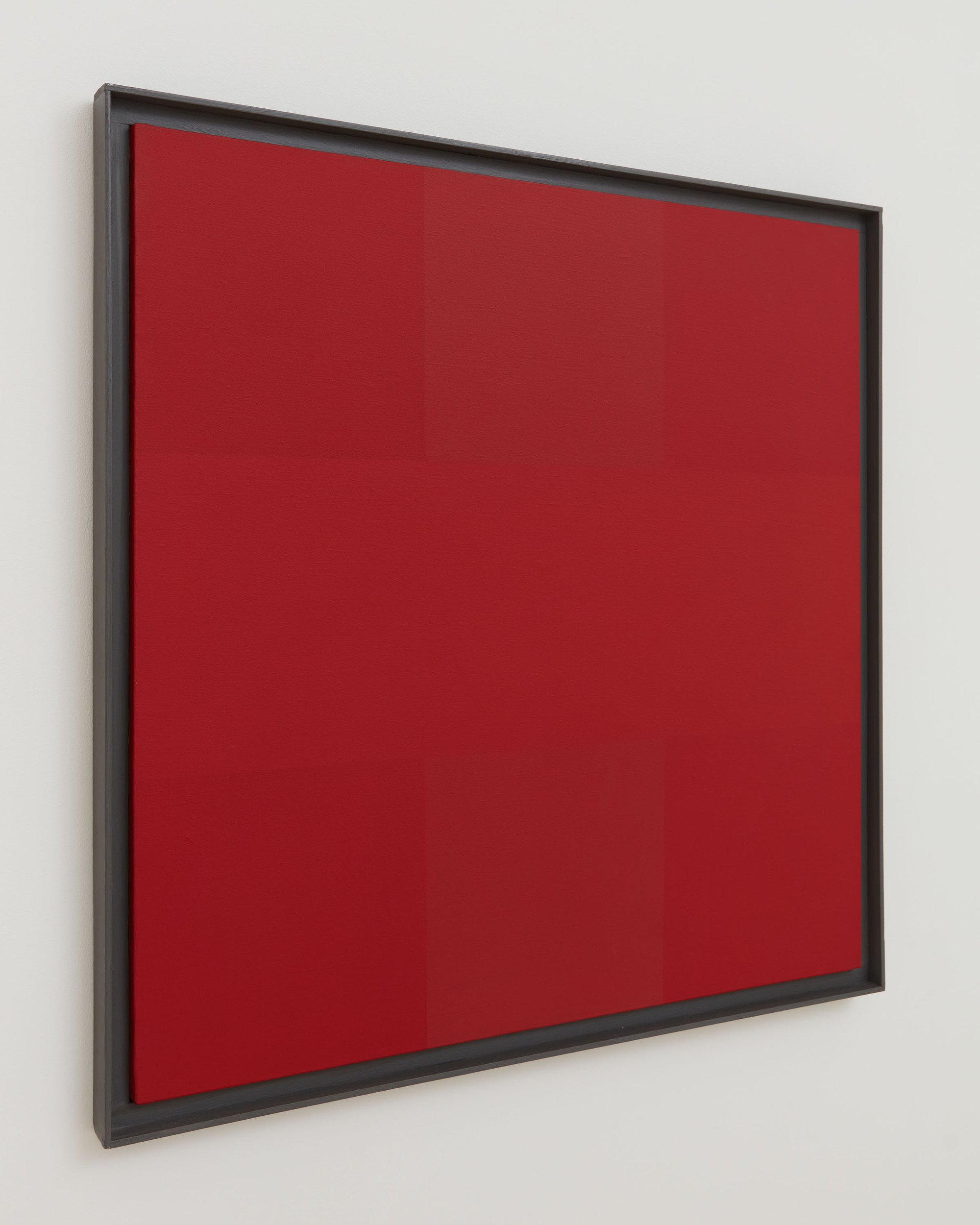 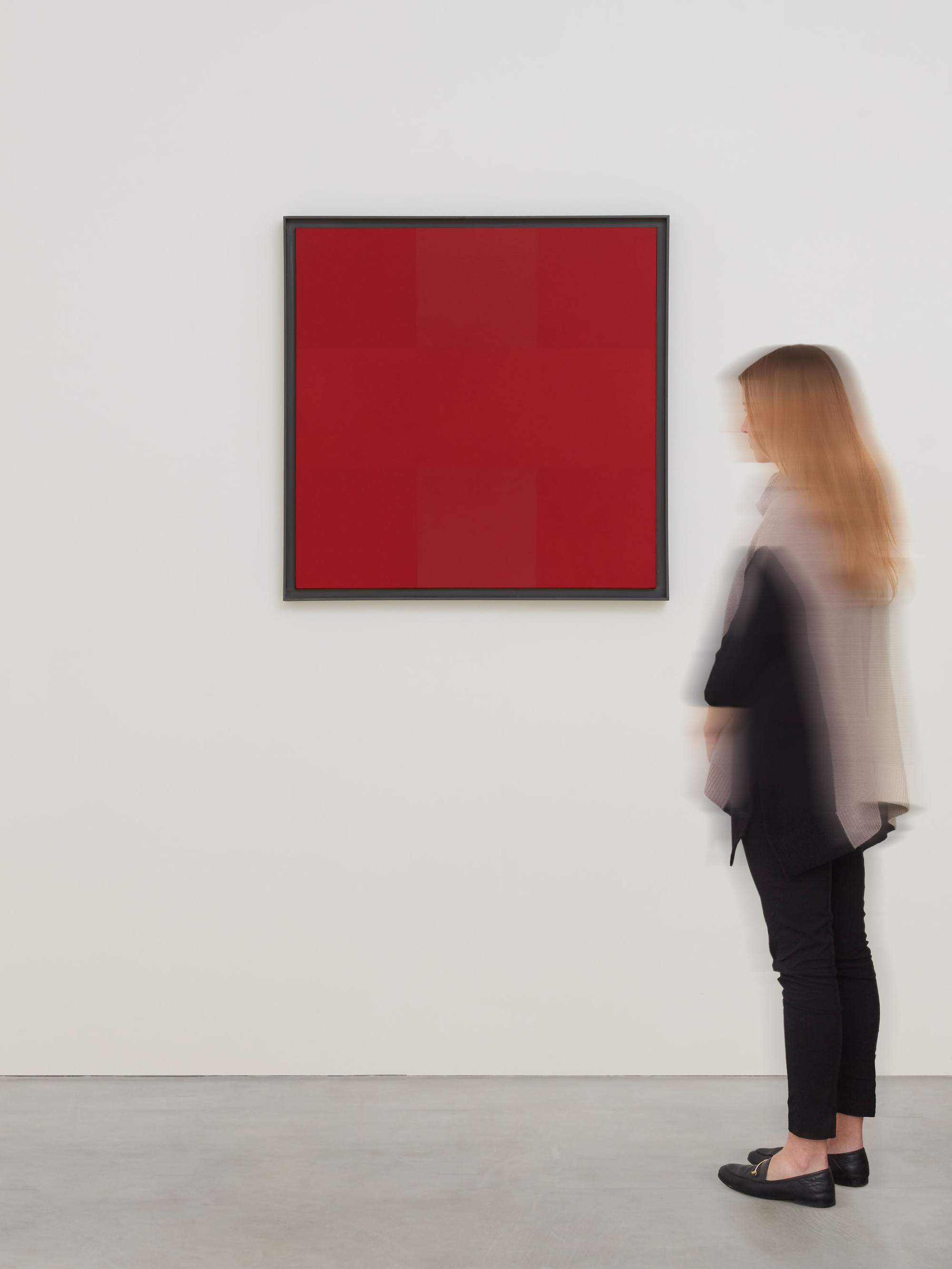 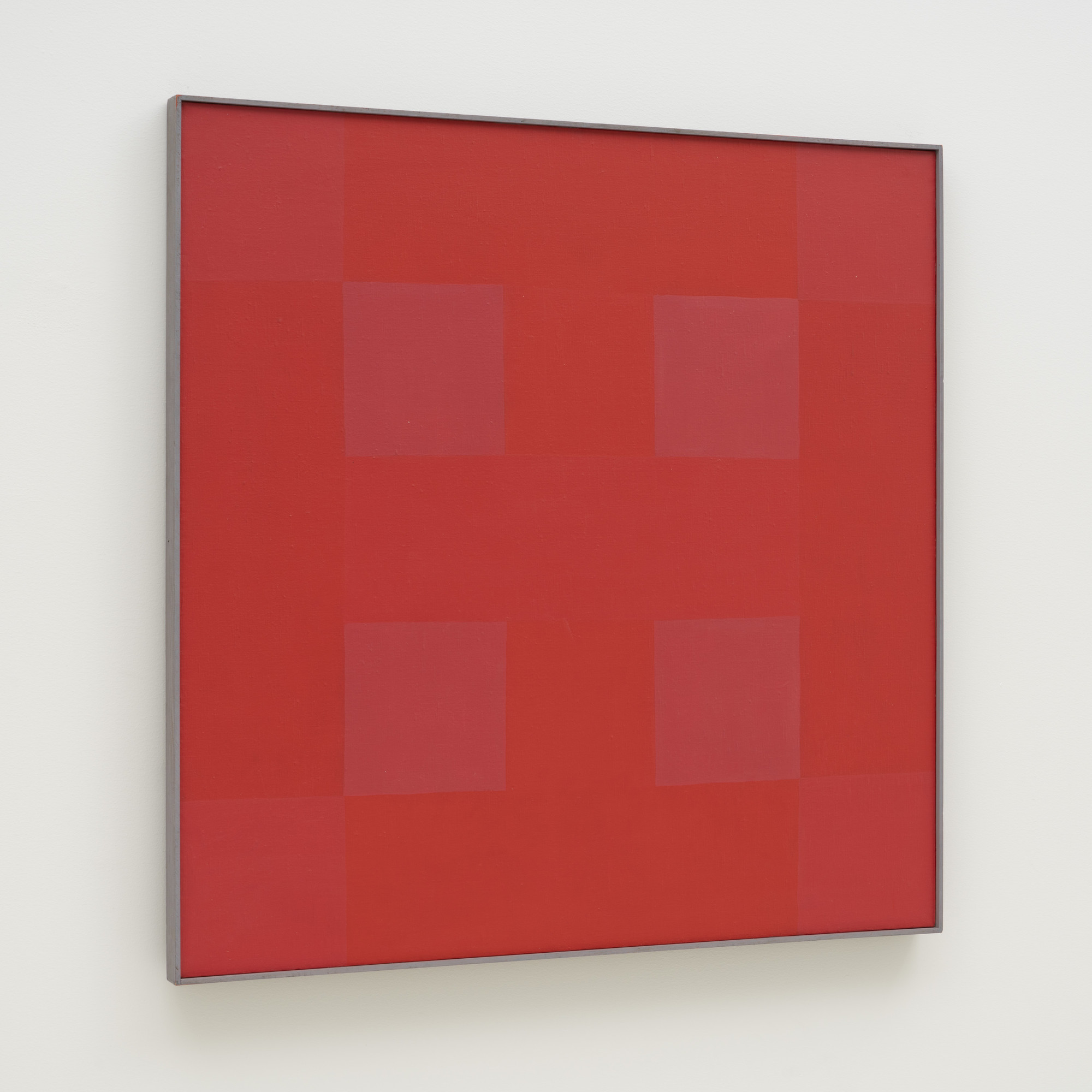 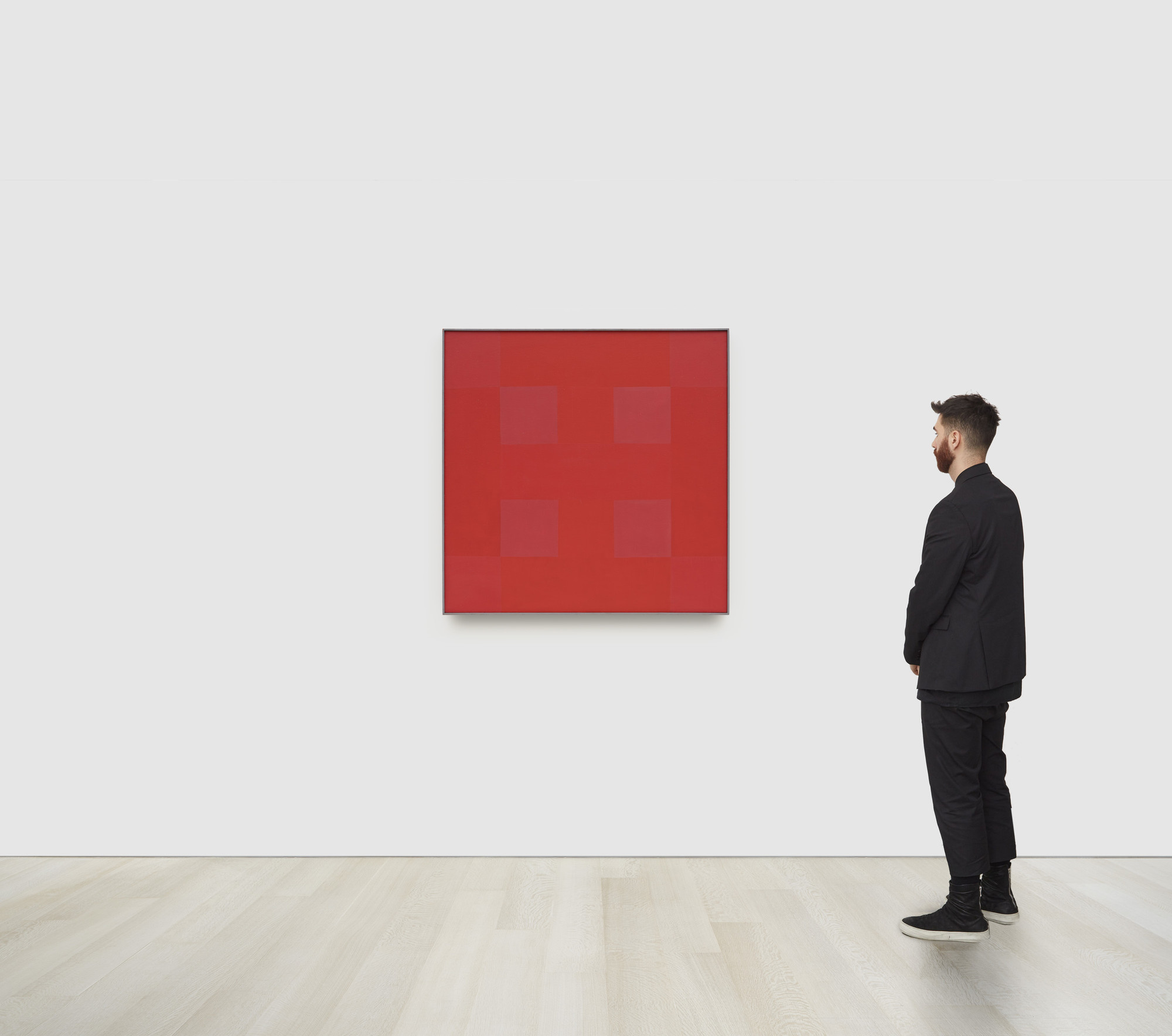 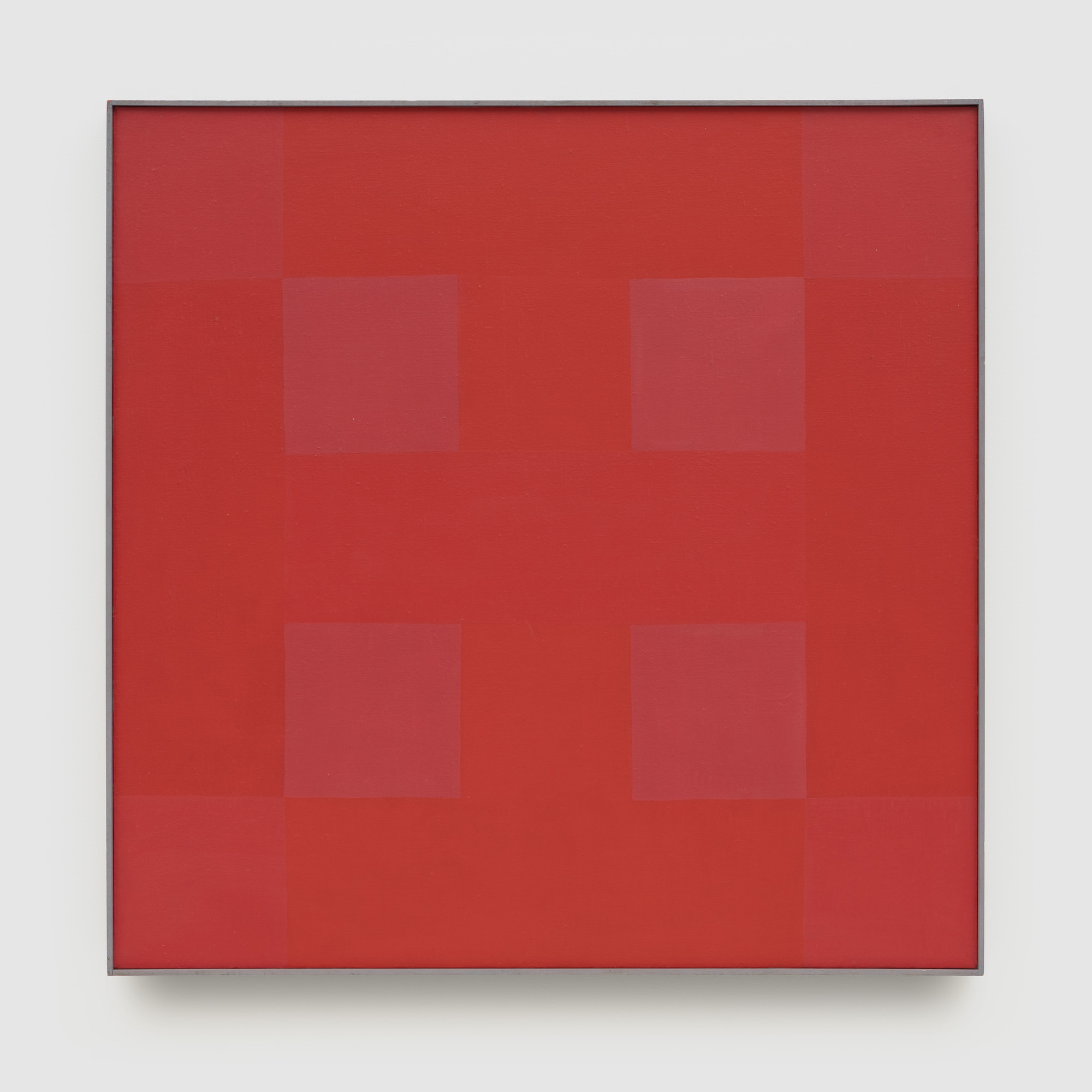 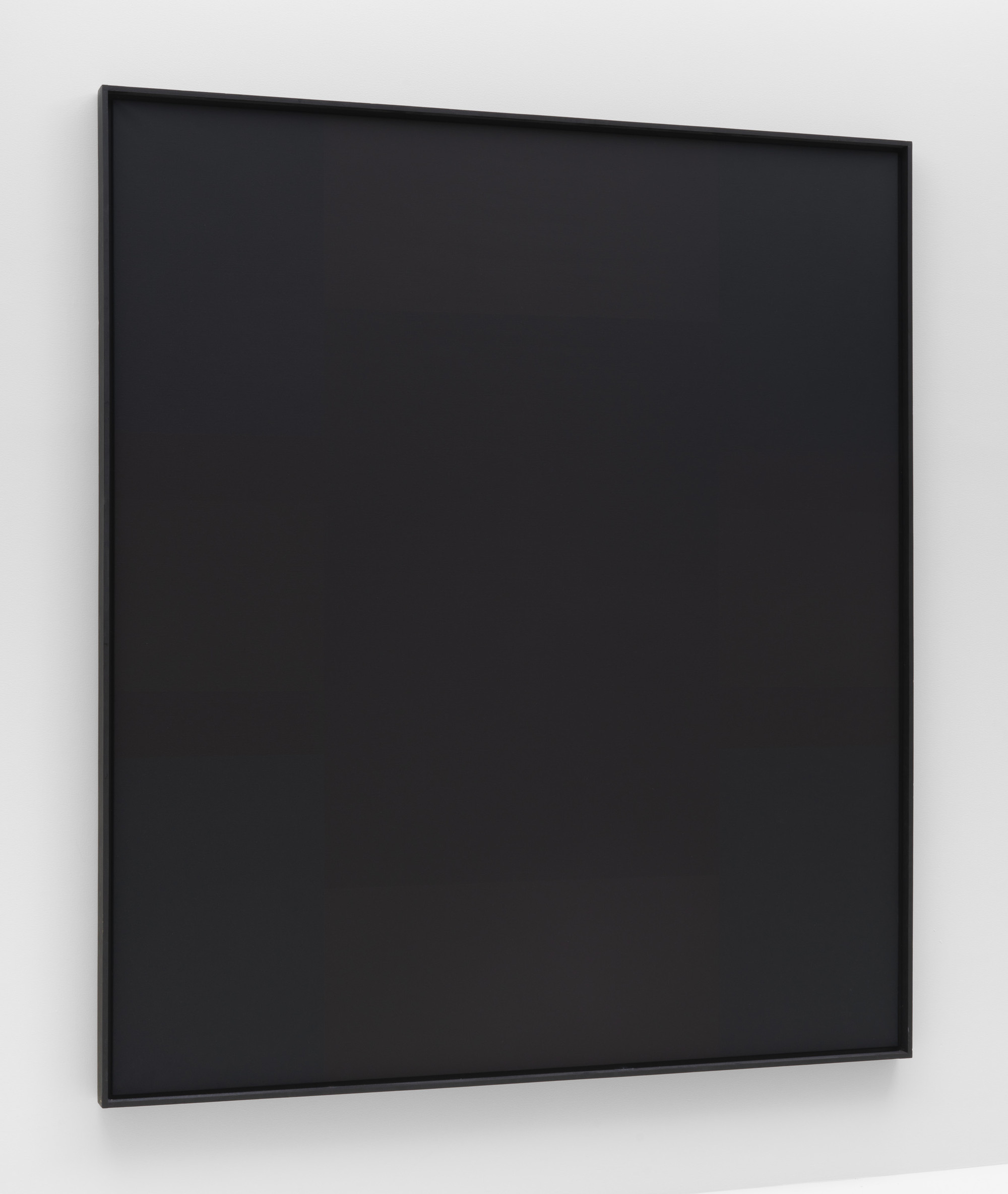 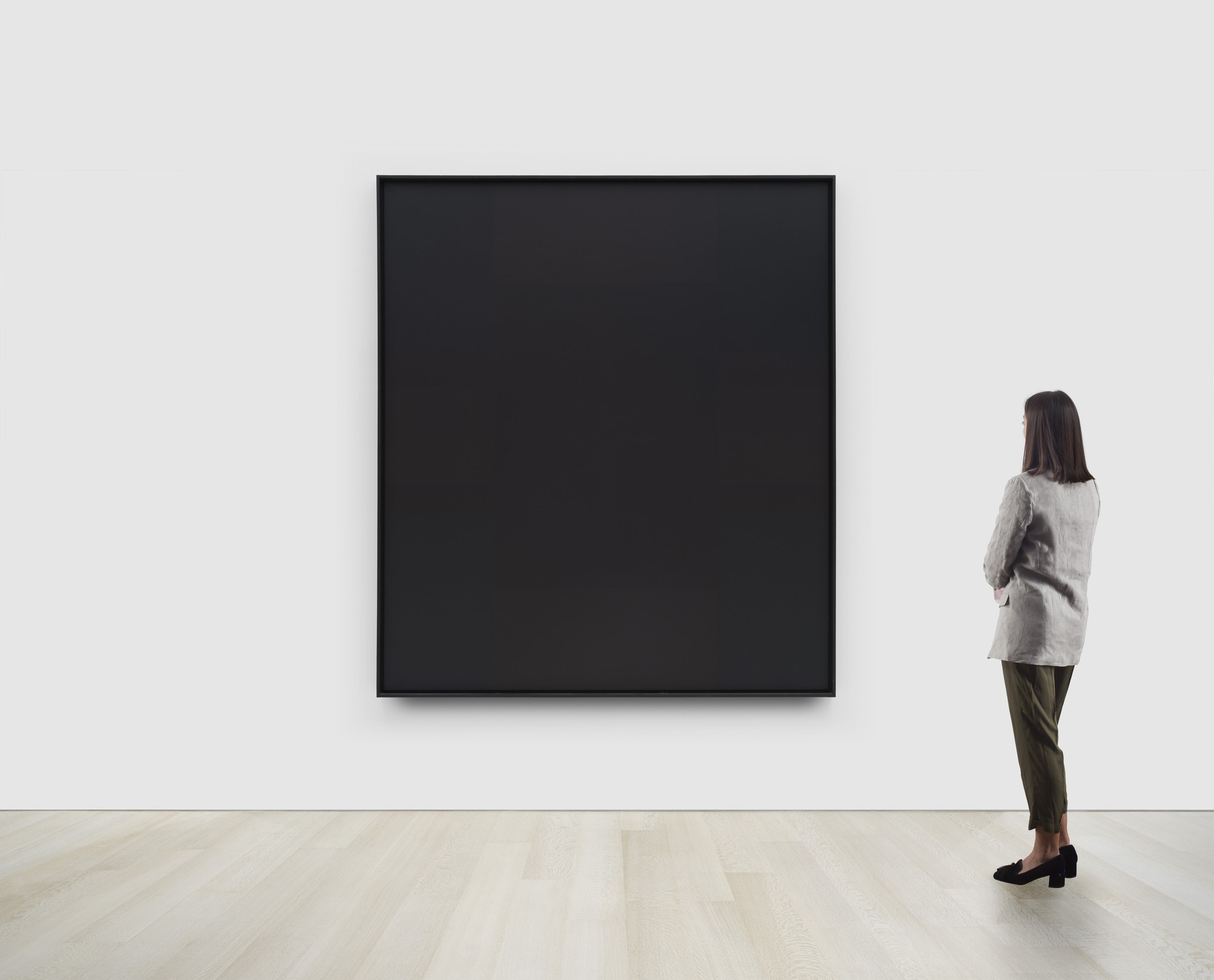 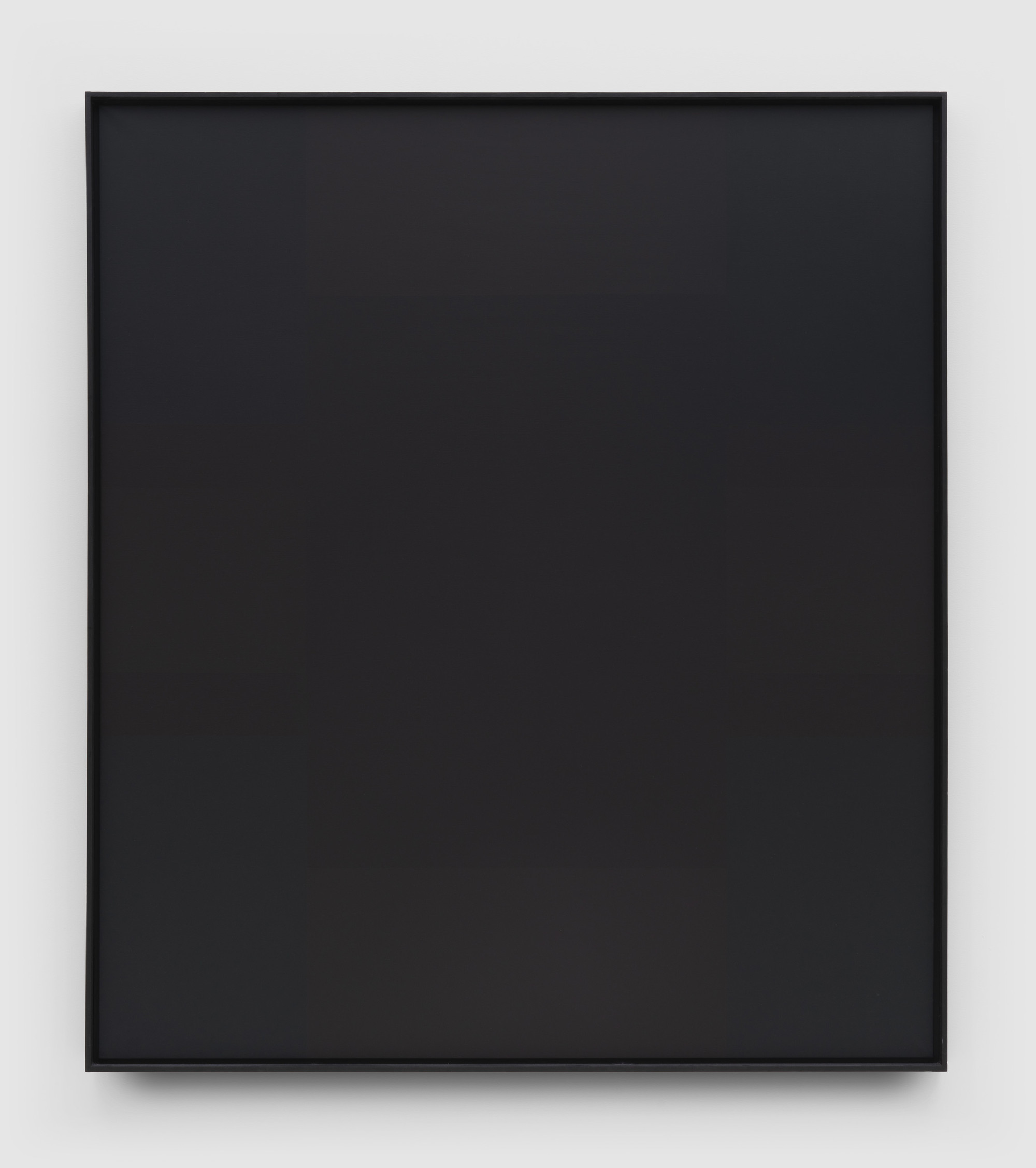 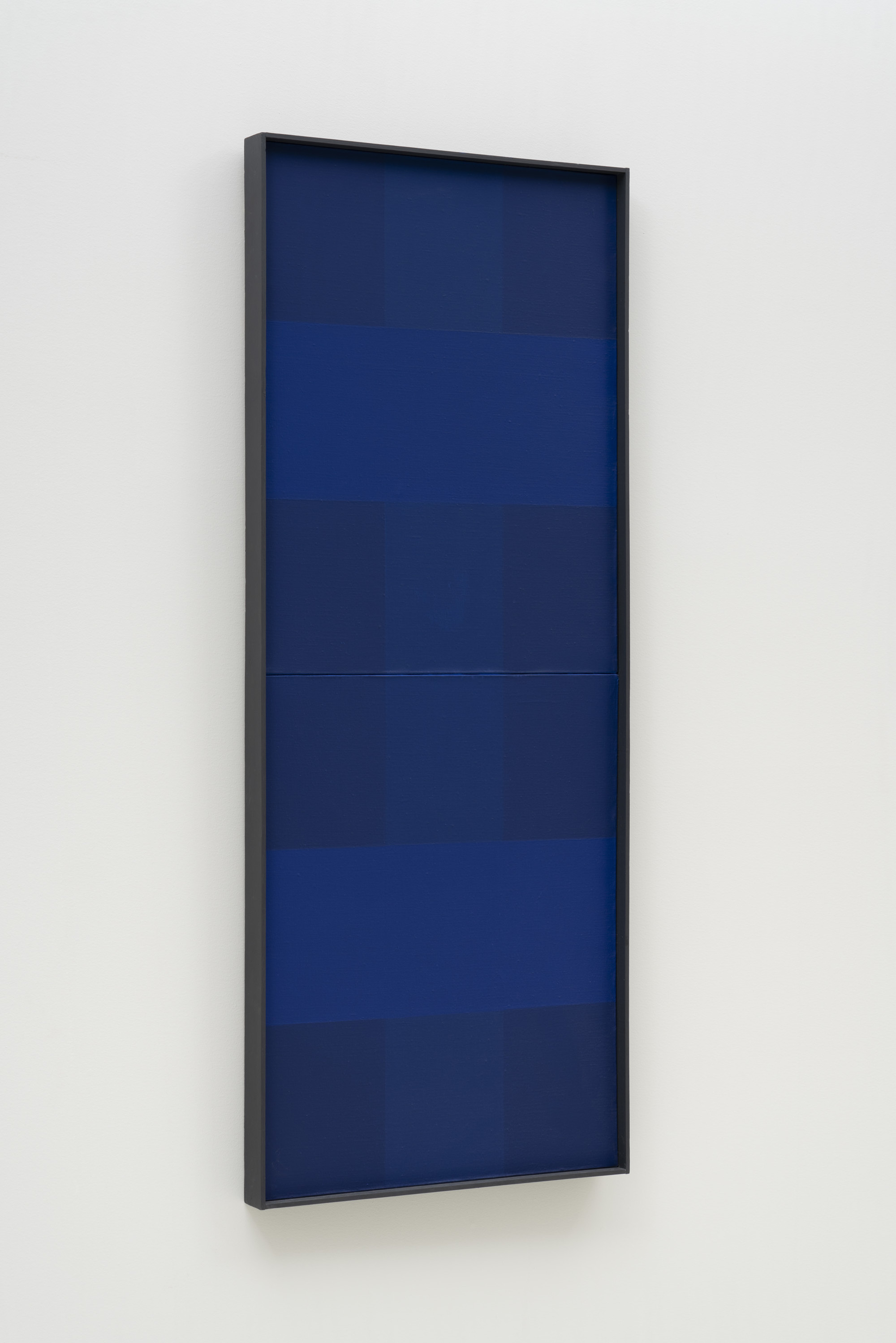 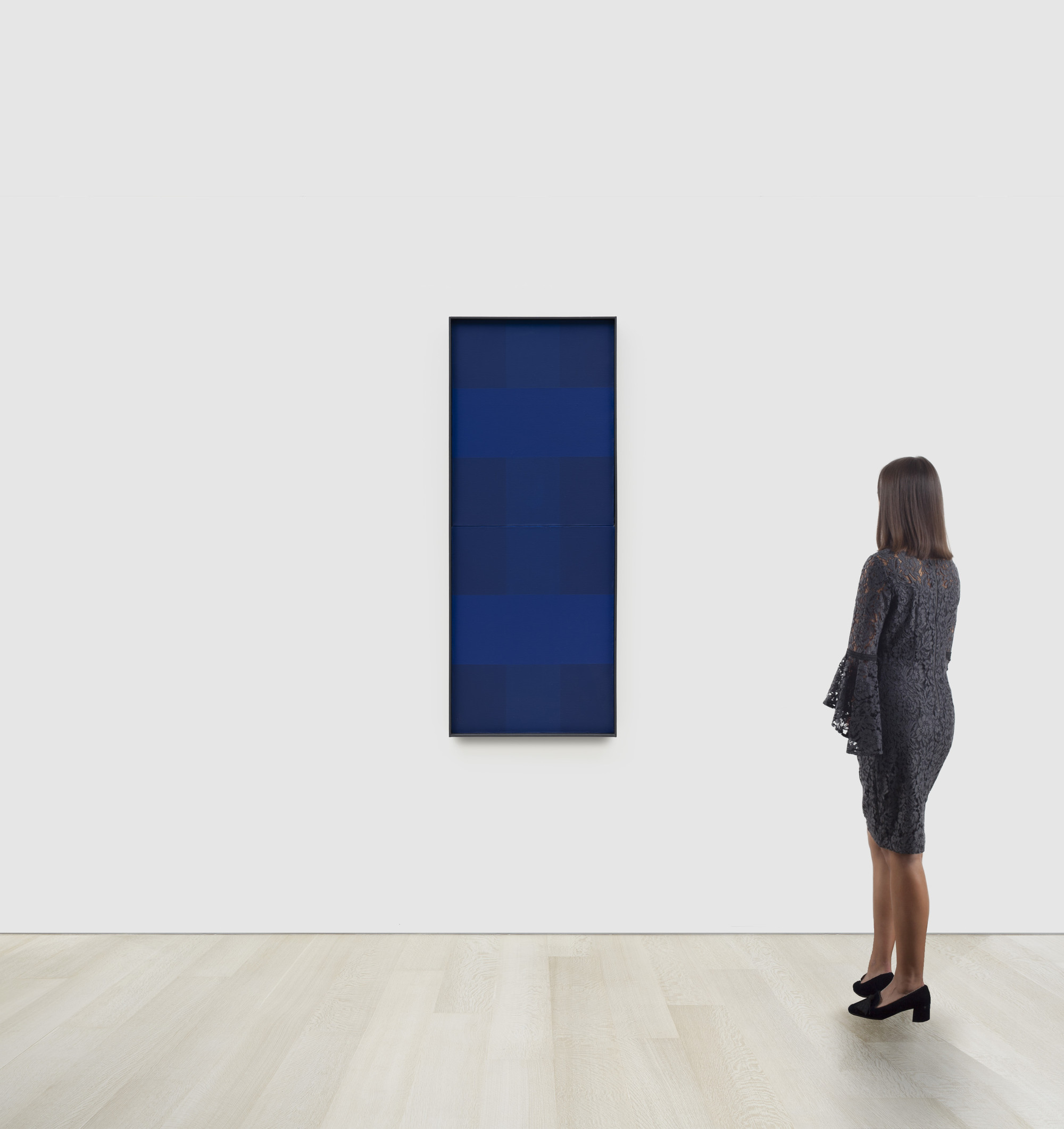 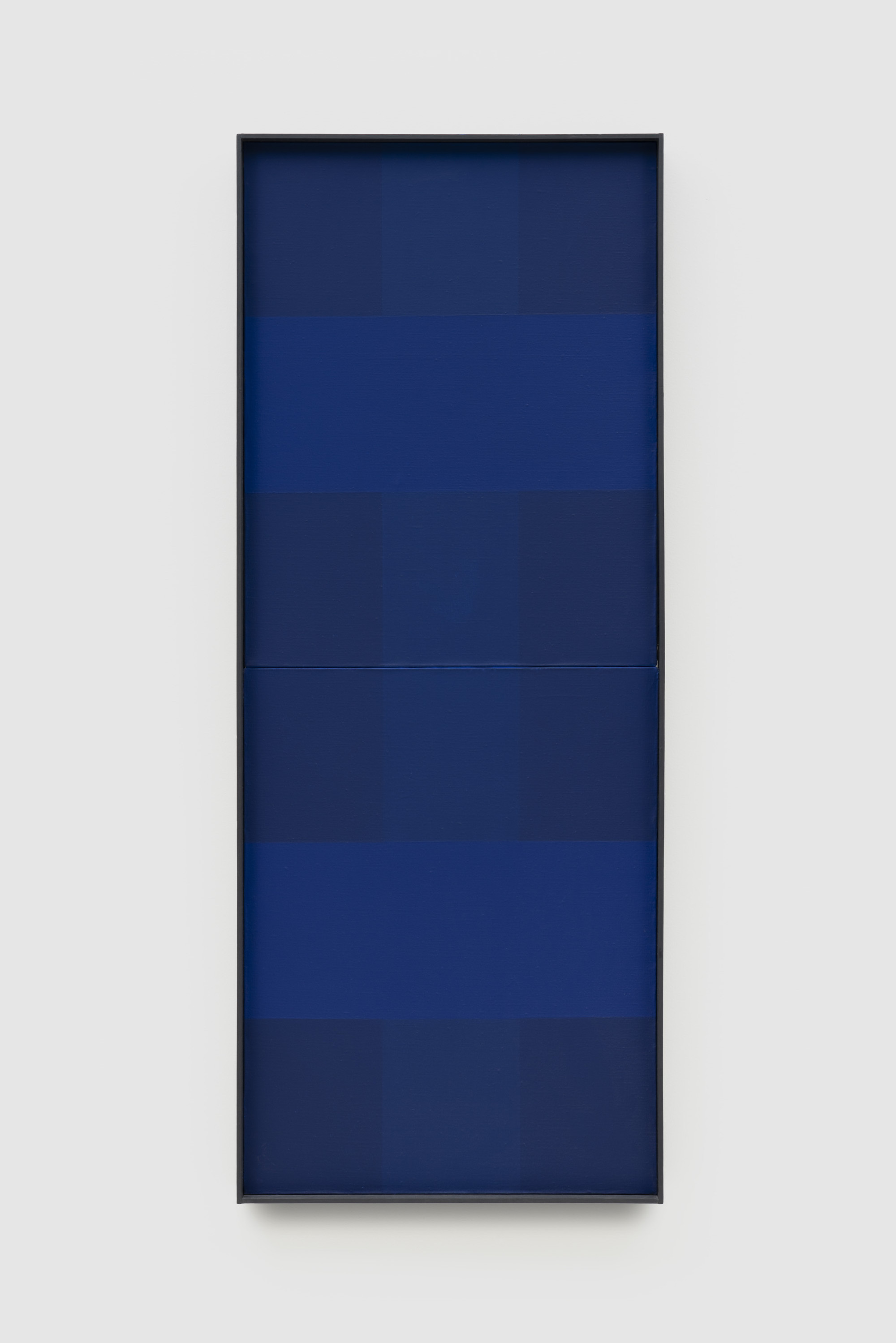