At The Armory Show 2019, Pace Gallery will present a solo-booth dedicated to New York-based light artist Leo Villareal. The booth will be entirely comprised by Villareal’s Instance, a new installation composed of twelve LED panel artworks. By engaging principles of emergent behavior and artificial life, chance patterns take form and are cultivated as a set of base sequences. Artist-devised rules then govern the composition of each artwork as well as the overall orchestration of the twelve panels as a single expression. For much of the time, the twelve artworks act independently. However, at moments, the viewer will perceive relationships among the constituents; patterns subtly travel between the works, creating an orchestrated movement where seemingly independent entities are unified. This phenomenon demonstrates Villareal’s fascination with the presentation and disruption of systems and revisits an approach that he has explored previously in installations such as ​Stars​ (Brooklyn Academy of Music, Brooklyn, NY) and in Illuminated River, ​his upcoming public art installation in London that encompasses up to 15 bridges over the River Thames, the first phase of which will be unveiled this summer.

In addition to Pace’s booth exhibition, Villareal will present an ambitious, site-responsive work for the fair, ​Star Ceiling—​a 75-foot-long, immersive LED installation in the passageway linking Piers 92 and 94. ​Hanging overhead, an undulating monochromatic field of light evokes stars, galaxies, and other cosmic phenomena. Expressing the vibrant dynamism of nature—from billowing cosmic clouds and swarming masses to radial bursts, spiraling vortices, and turbulent waves—Star Ceiling​ explores the tension between the rational and the transcendent, between the human and the non-human worlds. Villareal’s artwork gives life to inanimate matter through the invisible medium of code and induces a deep connectedness and rare experiential awareness. 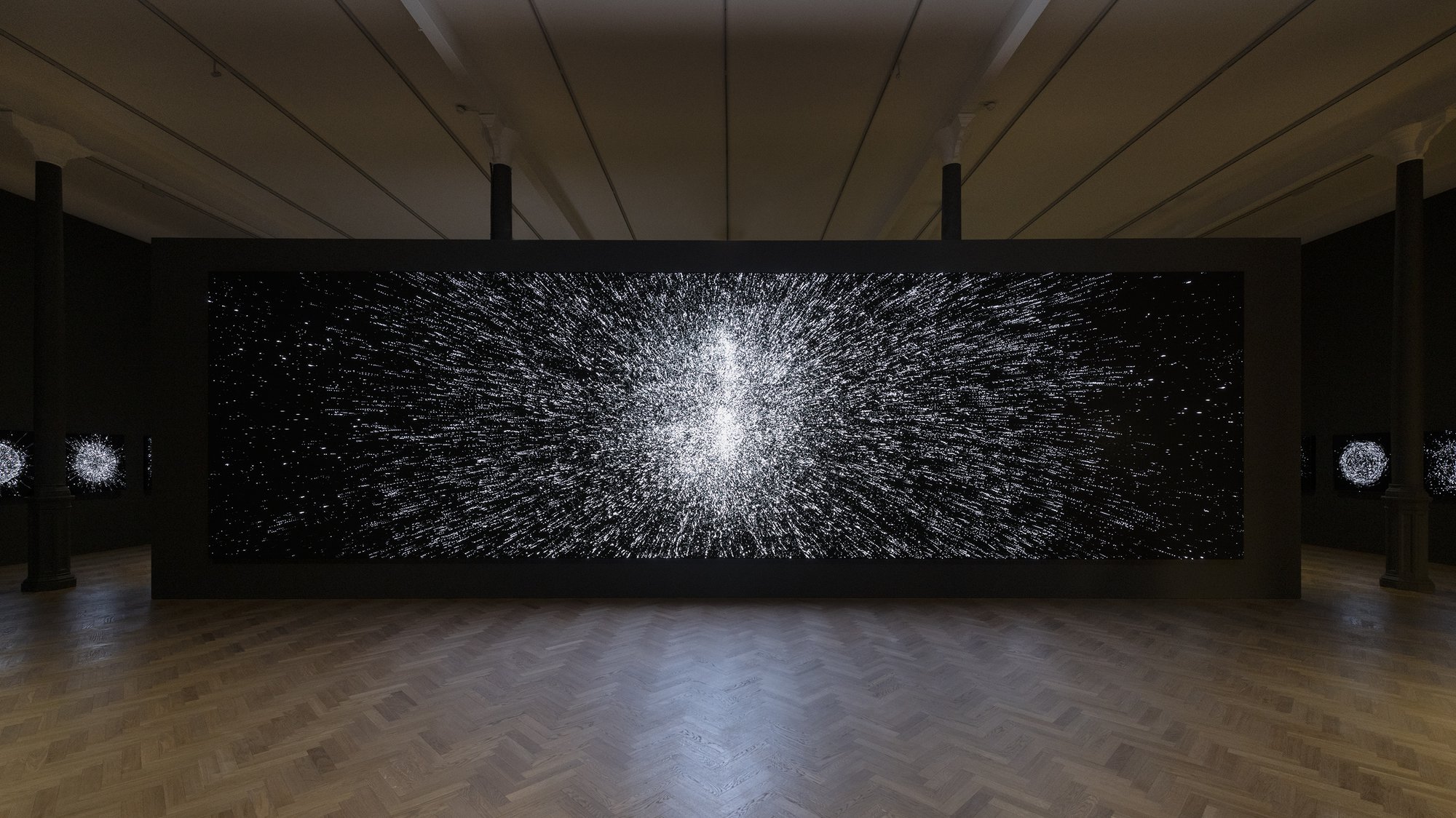